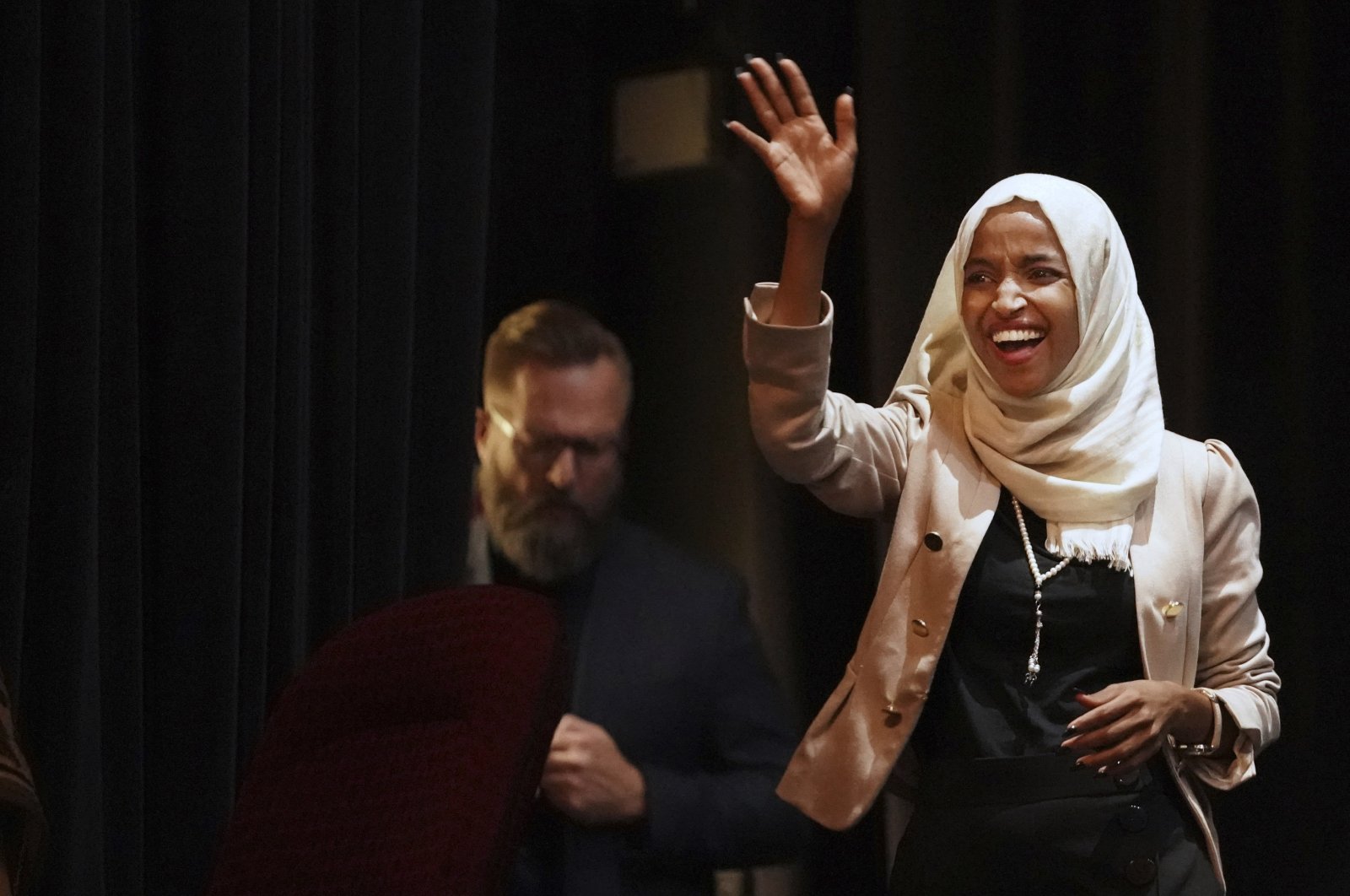 Following the spat between the United States congressperson Ilhan Omar and the Jewish group of Democrats over her remarks comparing the U.S. and Israel with the Taliban, Republicans joined the campaign against the Muslim lawmaker and introduced a resolution censuring "The Squad" for criticizing Israeli policies.

A group of House Republicans, led by Reps. Mike Waltz, Jim Banks and Claudia Tenney, unveiled the resolution Monday seeking to censure Reps. Ilhan Omar, Rashida Tlaib, Alexandria Ocasio-Cortez and Ayanna Pressley – four members of the group of like-minded congresswomen known as "The Squad" – for what they called "defending terrorist organizations and inciting anti-Semitic attacks across the United States." The Republicans cited comments and remarks from the four lawmakers in which they were critical of Israel, according to Middle East Eye (MEE).

The move came after Omar clashed with fellow Democrats last week over her comments on Israel's human rights abuses. Omar tweeted an exchange with Secretary of State Antony Blinken in a video conference in which she called for justice "for all victims of crimes against humanity.”

"We have seen unthinkable atrocities committed by the U.S., Hamas, Israel, Afghanistan and the Taliban. I asked @SecBlinken where people are supposed to go for justice," she said.

In the GOP's resolution, The Squad is accused of a spate of other statements in which the congressperson had been critical of Israel's occupation policies.

"Reps. Omar, Tlaib, Pressley and Cortez have repeatedly denigrated America and our closest ally. Democrat leadership finally responded to their unhinged comments last week – with a press release," said Banks in a statement Monday. "Actions speak louder than squishy words. Speaker Pelosi can let members vote on our resolution, or she can cover for the 'Hamas Caucus' and their anti-Israel and anti-American rhetoric. We’ll see," he continued. The resolution also denounced all four congresswomen in question for having "each referred to Israel as an 'apartheid state'".

Last week Tlaib said that "freedom of speech doesn't exist for Muslim women in Congress" as she was defending Omar in her scandal with Democrats. Tlaib said the House Democratic leadership should be "ashamed of its relentless, exclusive tone policing of congresswomen of color."

"The benefit of the doubt doesn't exist for Muslim women in Congress," she wrote, adding that she was tired of colleagues "demonizing" Omar. "Their obsession with policing her is sick," Tlaib said.

Omar said that it was "shameful” that fellow Democrats who sometimes seek her support on issues did not ask her for an explanation by simply calling her. She also states that her comments were "not a moral comparison between Hamas and the Taliban and the U.S. and Israel."

"The islamophobic tropes in this statement are offensive. The constant harassment and silencing from the signers of this letter is unbearable,” she wrote.

"Every time I speak out on human rights I am inundated with death threats,” she wrote in another tweet where she posted an excerpt of an expletive-laden voicemail she said she had just received with a caller saying he hopes she gets "what’s coming for you.”

Missouri congressperson Bush said she expects criticism from Republicans, but it was "especially hurtful” that Omar was facing backlash from Democrats. "We’re your colleagues,” she tweeted. "Talk to us directly. Enough with the anti-blackness and Islamophobia.”

House Rep. Andy Levin also defended Omar Monday, asking whether the congressperson should have ever been pushed to release a statement explaining her initial comments.

"She clarified that she was not suggesting the U.S. and Israel are like the Taliban and Hamas – but her questions did not equate them. Why seize that idea if not to serve other purposes or continue the sick sport of attacking congresswoman Omar?" Levin said in a series of posts.

"Can we really expect to get to a world of peace and justice for all if we are not willing to hold everyone accountable for war crimes and human rights violations?" he asked.

Ocasio-Cortez expressed gratitude to Levin, sharing his statement on Twitter and saying that he "is what we call 'un buen tipo,'" meaning "a good guy."

"Proud to serve with you, friend," she said.