'Takes one to know one': Putin fires back at 'killer' Biden 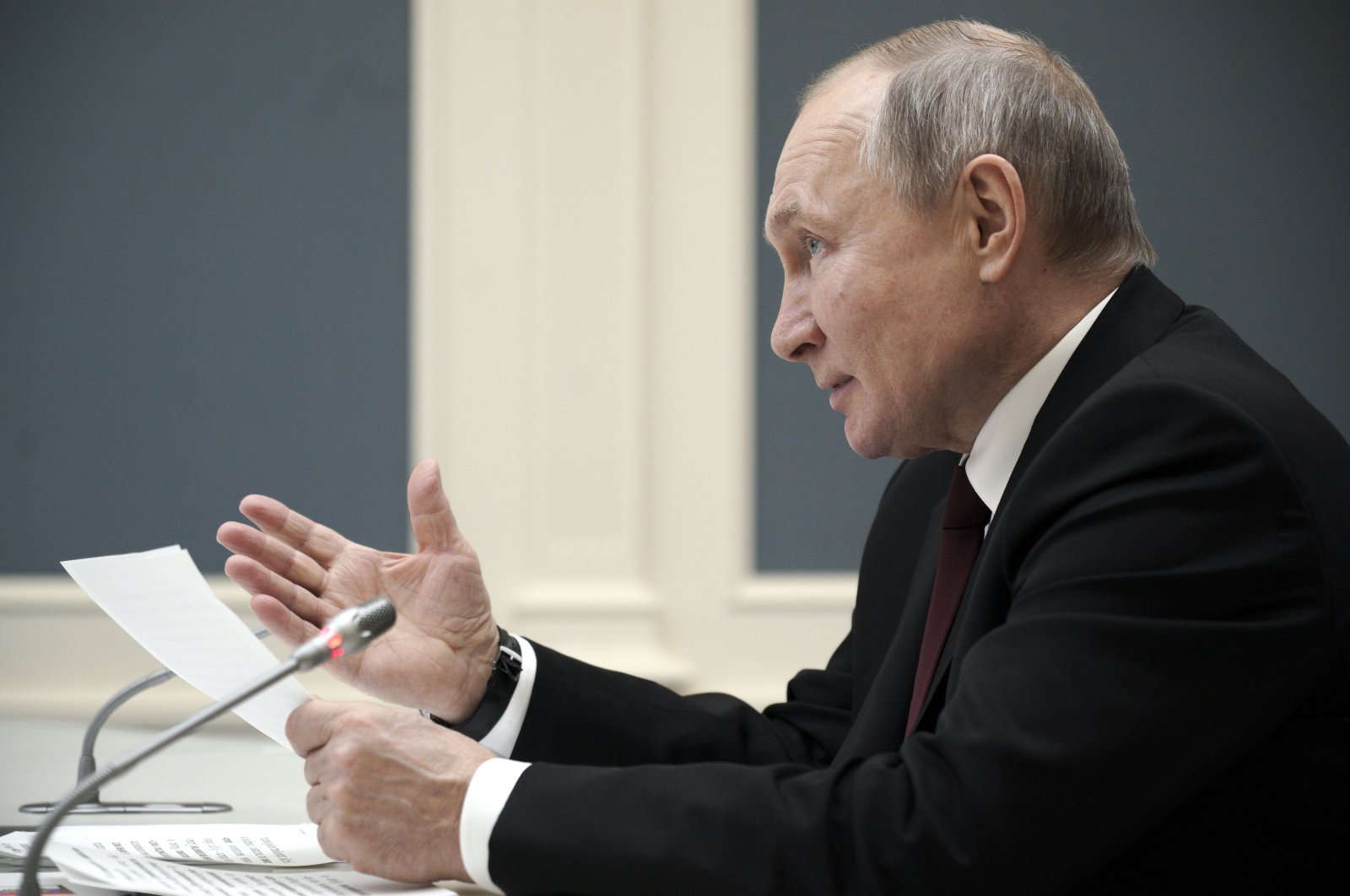 Russian President Vladimir Putin on Thursday said that people tend to view others as they actually see themselves after U.S. President Joe Biden said he believed Putin was a killer.

A day earlier, Biden, in an ABC News interview broadcast had said "I do" when asked if he believed the Russian president was a killer. Biden also said Putin would pay a price for allegedly attempting to meddle in the 2020 presidential election, which the Kremlin denies.

Asked about Biden’s remarks during a video call with residents of Crimea marking the anniversary of its 2014 annexation from Ukraine, Putin said it “takes one to know one” and charged that the comments reflect the United States’ own troubled past, reported The Associated Press (AP).

The Russian leader pointed at America's past history of slaughtering Native Americans and slavery, arguing that the painful legacy has weighed on the United States. "Otherwise where would the Black Lives Matter movement come from,” he said.

"We always see in another person our own qualities and think that he is the same as us," Putin said, according to Interfax, but added that Russia would continue working with the U.S. “on conditions that are beneficial for us”.

Putin also noted the difference in the two countries' genetic codes despite the U.S. thinking that they are alike. The Russian president then quipped that he wished Biden good health.

The Kremlin said on Thursday that comments Biden's comments showed that Biden had no interest in mending ties with Moscow and that Russia would now take that into account, reported Reuters.

Kremlin spokesperson Dmitry Peskov described the comments as "very bad" and without precedent. He told reporters on a conference call that Russia would analyze its approach to relations with Washington.

"We will proceed accordingly,” Peskov said, noting that "there was nothing like that in history.” He wouldn't answer if Russia could go as far as to rupture diplomatic ties with the United States.

"Such assessments are inadmissible for a statesman of his rank,” Kosachev said. "Such statements are unacceptable under any circumstances. They inevitably lead to a sharp exacerbation of our bilateral ties.”

Kosachev warned that Russia’s response wouldn’t be limited to recalling the Russian ambassador "if the American side fails to offer explanation and excuse.” He wouldn’t elaborate on what other action the Kremlin may take.

While announcing the decision to recall the Russian ambassador in Washington, Russian Foreign Ministry spokesperson Maria Zakharova blamed the U.S. for bringing bilateral ties to a "dead end,” adding that "we are interested in preventing their irreversible degradation, if the Americans are aware of the associated risks.”

The Kremlin also said Putin has no plans currently to meet Russia's ambassador to Washington which Russia had called back for consultations late Wednesday.

In a statement on Wednesday, the Kremlin had said that Russia wants to halt “irreversible deterioration” in its ties with the U.S.

"The Russian ambassador in Washington, Anatoly Antonov, has been invited to come to Moscow for consultations conducted with the aim of analyzing what should be done and where to go in the context of ties with the United States," the Russian foreign ministry said in a statement.

Biden had said Russian President Vladimir Putin will face consequences for directing efforts to swing the 2020 U.S. presidential election to Donald Trump, and that they would come soon.

Of Putin, Biden said he does not think the Russian leader has a soul. Asked if he thought Putin was a killer, he told ABC: "I do."

The Kremlin said on Wednesday that Russia was taking all necessary measures to ready itself for new U.S. sanctions, which are expected to follow the publication of the report.

Meanwhile, the White House press secretary said on Wednesday, Washington's relations with Moscow are going to change from those directed by former President Donald Trump's administration.