Thousands of indigenous people call for end to violence in Colombia 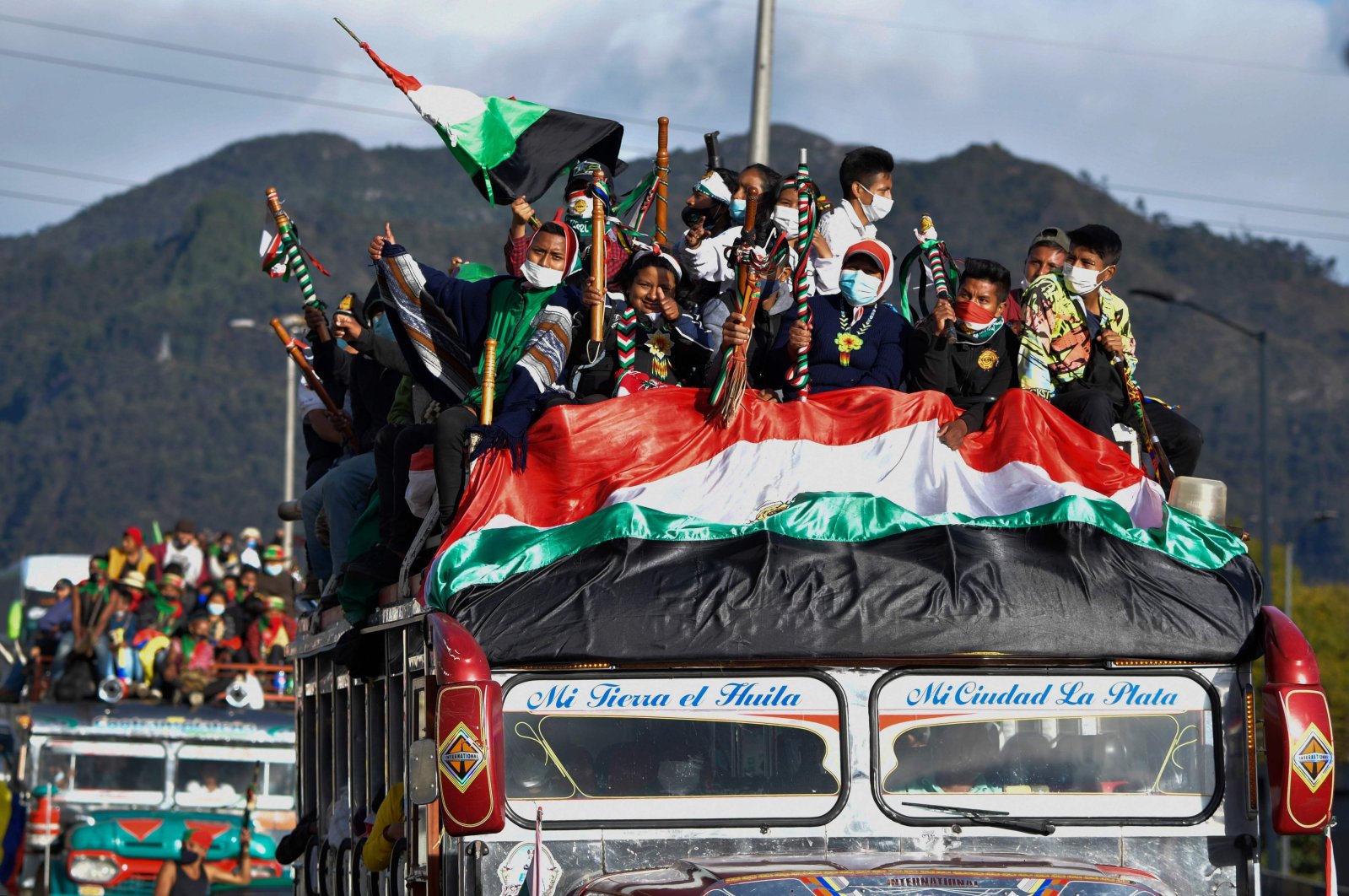 Thousands of Indigenous Colombians arrived in the country's capital on Sunday, demanding a meeting with President Ivan Duque and an end to growing violence in their territories. The demonstrators are also asking that they be consulted on major development projects and for the full implementation of a 2016 peace plan that ended a half century of insurgency by the rebel Revolutionary Armed Forces of Colombia (FARC).

"We demand guarantees for life, the right to land and that they comply with the peace agreements with the FARC rebels," said Hermes Pete, senior adviser to the Regional Indigenous Council of Cauca.

Protests began on Oct. 10 in southwestern Colombia and gradually advanced to the capital. The approximately 7,500 who traveled to Bogota demanded a face-to-face meeting with the president to discuss the rise in violence from guerrillas and other groups financed by drug trafficking. On Wednesday, they will join the "national strike," an anti-government movement that began in late 2019.

Colombia's southwest has a large indigenous population and has been one of the areas worst affected by a wave of violence that has resulted in at least 42 massacres this year, according to the United Nations. Representing 4.4% of Colombia's 50 million population, indigenous groups have for decades fought for their territorial rights, using methods such as roadblocks to gain attention.

Greater global awareness over the treatment of minorities and indigenous communities has been kindled since the death of George Floyd at the hands of U.S. law enforcement prompted weeks of protests in the U.S. and around the world. Floyd, a black man, died in handcuffs while a Minneapolis police officer pressed a knee on his neck even after he pleaded for air and stopped moving.