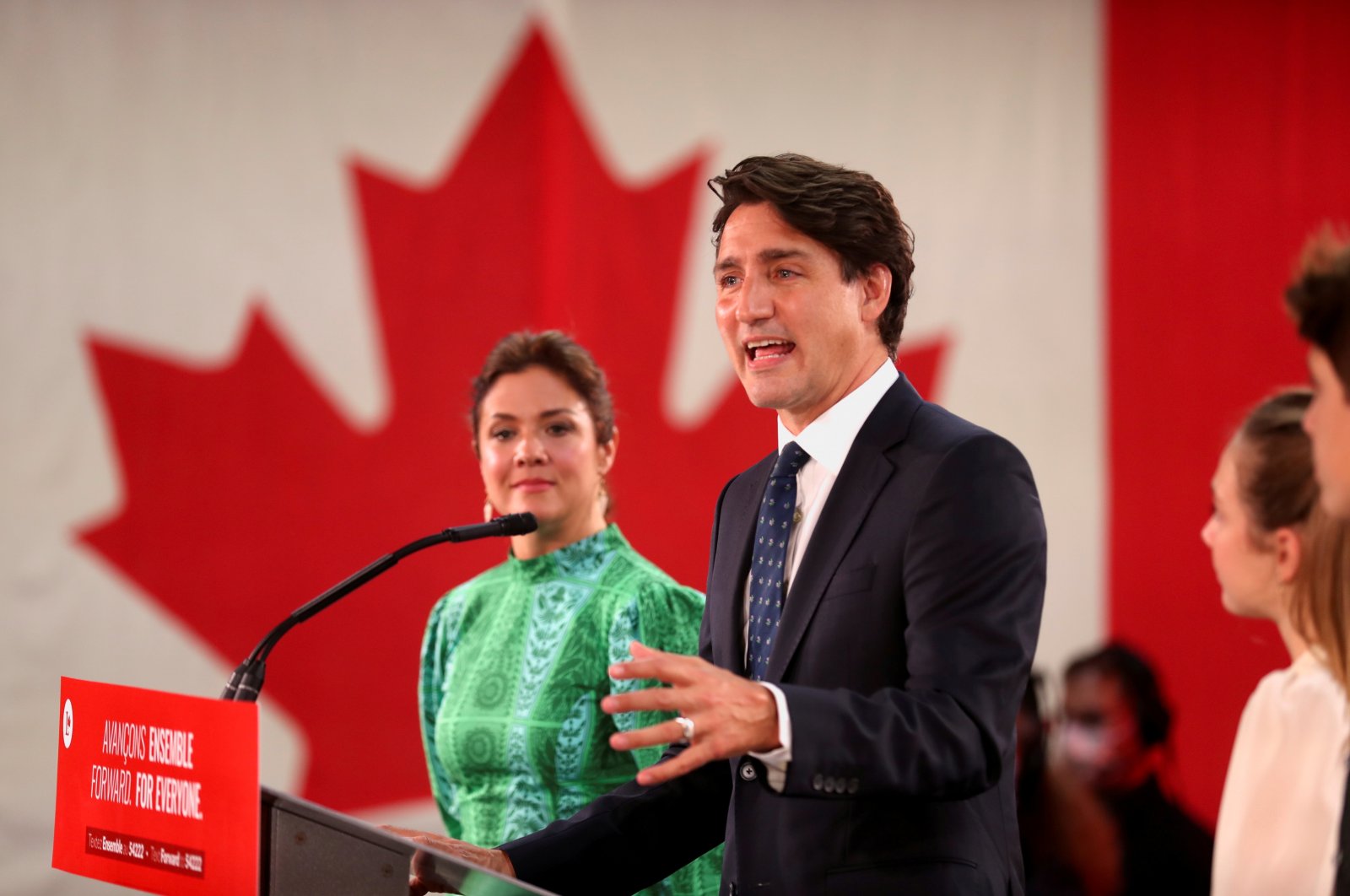 Canada's Prime Minister Justin Trudeau failed to win a majority on Monday's elections, as he secured a third term in office.

The Liberals won the most seats of any party. The 49-year-old Trudeau channeled the star power of his father, the Liberal icon and late Prime Minister Pierre Trudeau when he first won election in 2015 and has led his party to the top finish in two elections since.

“You are sending us back to work with a clear mandate to get Canada through this pandemic,” Trudeau said.

Trudeau entered the election leading a stable minority government that wasn’t under threat of being toppled.

The opposition was relentless in accusing Trudeau of calling an unnecessary early vote – two years before the deadline – for his own personal ambition.

“Trudeau lost his gamble to get a majority so I would say this is a bittersweet victory for him,” said Daniel Beland, a political science professor at McGill University in Montreal.

“Basically we are back to square one, as the new minority parliament will look like the previous one. Trudeau and the Liberals saved their skin and will stay in power, but many Canadians who didn’t want this late summer, pandemic election are probably not amused about the whole situation,” he said.

Trudeau bet Canadians didn’t want a Conservative government during a pandemic. Canada is now among the most fully vaccinated countries in the world and Trudeau’s government spent hundreds of billions of dollars to prop up the economy amid lockdowns. Trudeau argued that the Conservatives’ approach, which has been skeptical of lockdowns and vaccine mandates, would be dangerous and says Canadians need a government that follows science.

Conservative leader Erin O’Toole didn’t require his party’s candidates to be vaccinated and would not say how many were unvaccinated. O’Toole described vaccination as a personal health decision, but a growing number of vaccinated Canadians are increasingly upset with those who refuse to get vaccinated.

“The debate on vaccination and Trudeau taking on the anti-vaccination crowd helped the Liberals to salvage a campaign that didn’t start well for the party,” Beland said.

Trudeau supports making vaccines mandatory for Canadians to travel by air or rail, something the Conservatives oppose. And Trudeau has pointed out that Alberta, run by a Conservative provincial government, is in crisis.

Alberta Premier Jason Kenney, an ally of O’Toole, said the province might run out of beds and staff for intensive care units within days. Kenney apologized for the dire situation and is now reluctantly introducing a vaccine passport and imposing a mandatory work-from-home order two months after lifting nearly all restrictions.

“Hubris led Trudeau to call the election. He and the Liberals won the election but lost the prize they were seeking. This is only a great night for the Liberals because two weeks ago it appeared they would lose government outright something they could not fathom before they gambled on an election,” said Nelson Wiseman, a political science professor at the University of Toronto.

Wiseman said the Conservatives were hurt by the situation in Alberta. “The explosion of the pandemic in Alberta in the past 10 days undermined O’Toole’s compliments of the Alberta Conservatives on how they had handled the pandemic and reinforced Trudeau’s argument for mandatory vaccinations,” he said.

A Conservative win would have represented a rebuke of Trudeau against a politician with a fraction of his name recognition. O’Toole, 47, is a military veteran, former lawyer and a member of Parliament for nine years.

“Canadians did not give Mr. Trudeau the majority mandate he wanted,” O’Toole said.

O'Toole said he was more determined than ever to continue but his party might dump him after it dumped the previous leader who failed to beat Trudeau in 2019.

O’Toole advertised himself a year ago as a “true-blue Conservative.” He became Conservative Party leader with a pledge to “take back Canada,” but immediately started working to push the party toward the political center.

O’Toole’s strategy, which included disavowing positions held dear by his party’s base on issues such as climate change, guns and balanced budgets, was designed to appeal to a broader cross-section of voters in a country that tends to be far more liberal than its southern neighbor.

The son of a long-time politician has faced criticism he will say and do anything to get elected.

Whether moderate Canadians believed O’Toole is the progressive conservative he claims to be and whether he alienated traditional Conservatives became central questions of the campaign.

Regina Adshade, a 28-year-old Vancouver software developer, said she was bothered that an election was called early, during a pandemic and with wildfires burning in British Columbia. But it didn’t stop her from voting Liberal because the party represents her values.

“I don’t love there was an election right now but it wasn’t going to change my vote,” she said.

Trudeau’s legacy includes embracing immigration at a time when the U.S. and other countries closed their doors. He also legalized cannabis nationwide and brought in a carbon tax to fight climate change. And he preserved free trade deal with the U.S. and Mexico amid threats by former U.S. President Donald Trump to scrap the agreement.

Former U.S. President Barack Obama and ex-Democratic Party nominee Hillary Clinton tweeted support for Trudeau. There wasn’t a Trump endorsement of O’Toole. Conservative campaign co-chair Walied Soliman said there is no alignment whatsoever between O’Toole and Trumpism. Soliman said earlier in the day holding Trudeau to a minority government would be a win for O'Toole.

Liberals governed Canada for 69 years during the 20th century. Pierre Trudeau called for a “just society” and ran the country with a panache not seen before from a Canadian leader. He is responsible for Canada’s version of the bill of rights and is credited with opening the door wide to immigration.

Trudeau's Liberals dominated in Toronto, Canada's largest city and one of the most multicultural cities in the world.