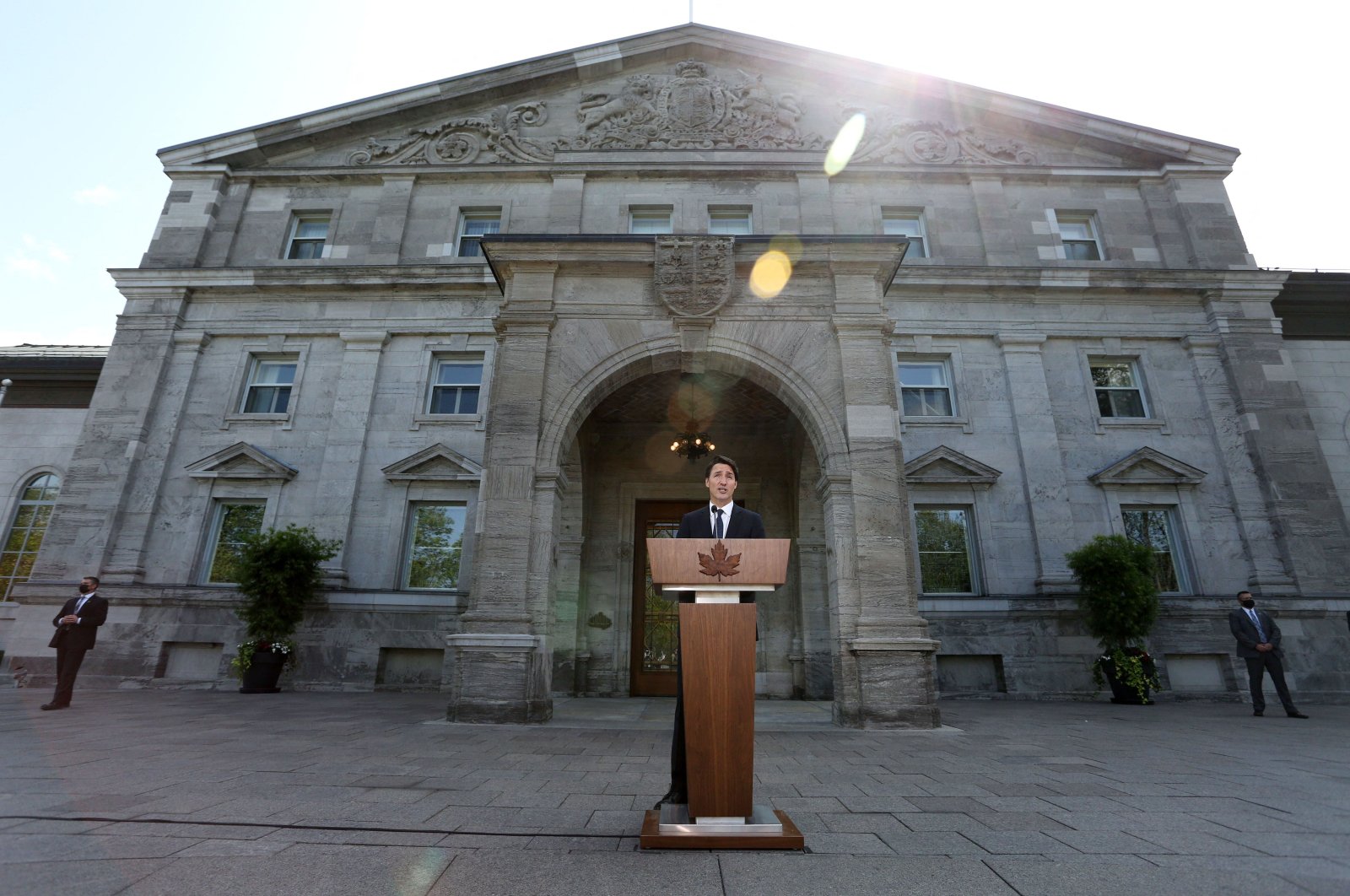 Canada's Prime Minister Justin Trudeau called for early elections Sunday as he seeks to capitalize on the country being one of the most fully vaccinated ones in the world.

Trudeau announced the election would be held on Sept. 20 after visiting the governor general, who holds a mostly ceremonial position representing Britain’s Queen Elizabeth II as head of state.

“We’ve had your back, and now it’s time to hear your voice,” Trudeau said. “Canadians need to choose how we finish the fight against COVID-19."

Trudeau is seeking to win a majority of seats in Parliament. His Liberal Party fell just short of that two years ago and must rely on the opposition to pass legislation.

The election comes as Canada is experiencing a new wave of COVID-19 cases, driven by the delta variant of the coronavirus. Trudeau called it “the fourth wave amongst unvaccinated people."

Trudeau isn’t as popular as he once was, but his government’s handling of the pandemic has been widely viewed as a success. After a slow start, Canada now has enough vaccines for every citizen. More than 71% of eligible Canadians are fully vaccinated and over 82% have received at least one dose. The government has spent billions to prop up the economy amid lockdowns that have now lifted.

But if the result is another minority government, the “knives will start to come out," said Robert Bothwell, a professor of Canadian history and international relations at the University of Toronto.

“Trudeau is not widely liked. He’s what the Liberals have so they will fall in behind him, but if he loses he’s toast,” Bothwell said.

“It’s not that he’s unpopular, but there’s no affection there. The Liberals behave as if he is this beloved figure, but he’s not. The novelty is gone. But there’s still enough there and the performance on COVID was pretty solid so I think people will balance these things going into the election and vote for Trudeau.”

Trudeau, the son of the late Liberal Prime Minister Pierre Trudeau, became the second-youngest prime minister in Canadian history when he was first elected with a majority of seats in Parliament in 2015. The Liberal’s victory ended almost 10 years of Conservative Party government in Canada, but scandals combined with high expectations have damaged Trudeau’s standing.

His father served as prime minister from 1968 to 1984 with a short interruption.

Opposition Conservative leader Erin O'Toole didn't answer when asked if his candidates will or should be vaccinated. He said he is disappointed Trudeau is trying to divide people about their health.

Nelson Wiseman, a political science professor at the University of Toronto, said many Canadians will resent having an election they see as unnecessary, but said the Liberals will win the most seats.

“Trudeau is seen as having delivered on vaccines and there has been widespread support for the government’s income-and job-support programs to counter COVID’s economic fallout,” Wiseman said.

“Canadians compare their situation to the U.S. The current spike in the U.S. contributes to smug complacency among Canadians. This feeling benefits the Liberals at present.”

Trudeau began his news conference Sunday talking about the Taliban's takeover of Afghanistan. Canada closed its embassy in Kabul and staff have fled the country. “The current situation poses serious challenges to our ability to ensure that safety and security of our mission,” Trudeau said.

Canada has committed to taking in 20,000 refugees from the country in addition to Afghans who have assisted Canada over the years.