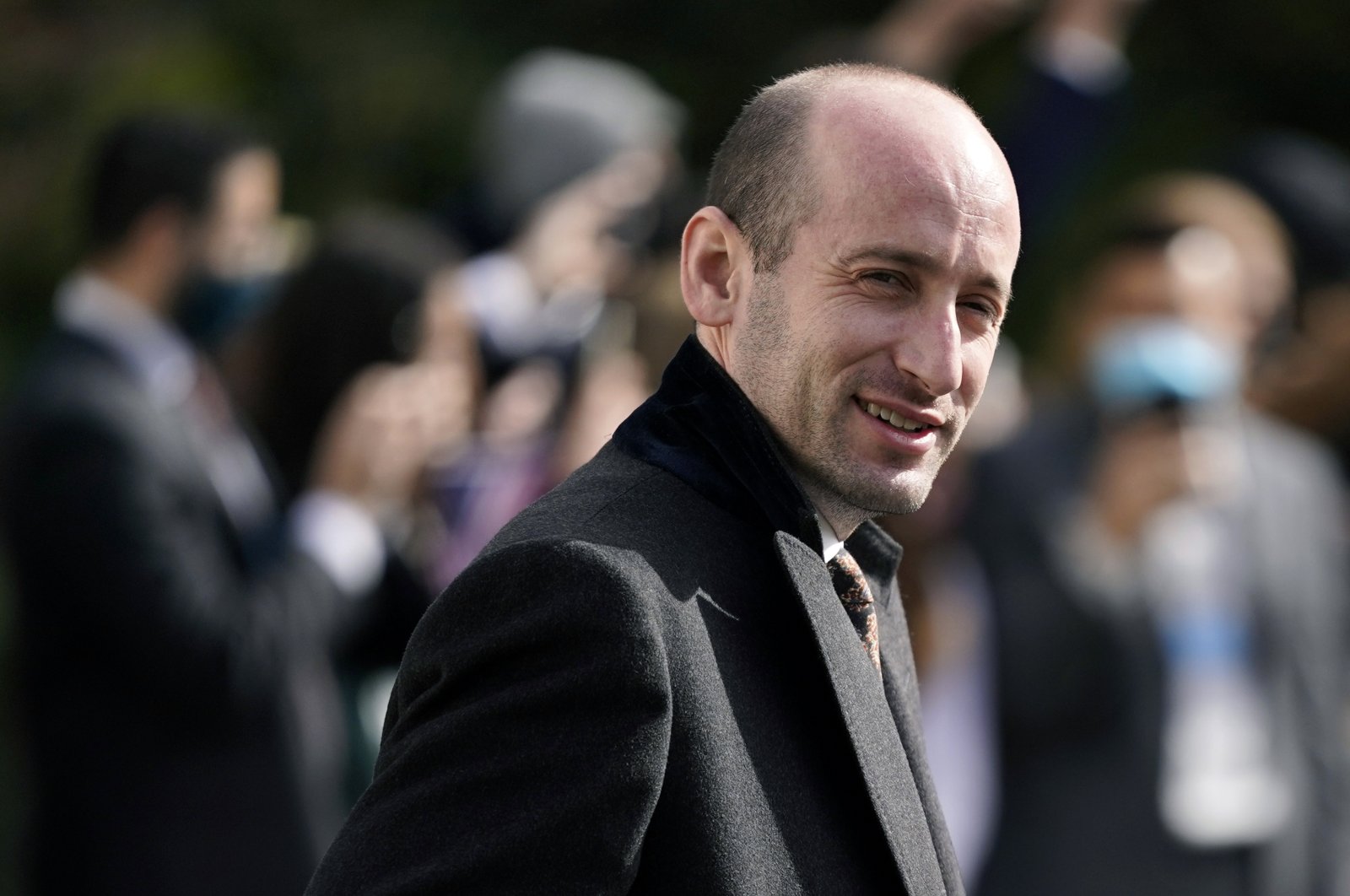 As tens of thousands of Afghan refugees fleeing the Taliban arrive in the U.S., a handful of former Trump administration officials are working to turn Republicans against them.

The former officials are writing position papers, appearing on conservative television outlets and meeting privately with GOP lawmakers – all in an effort to turn the collapse of Afghanistan into another opportunity to push a hard-line immigration agenda.

"It is a collaboration based on mutual conviction,” said Stephen Miller, the architect of former President Donald Trump’s most conservative immigration policies and among those most engaged on the issue. "My emphasis has been in talking to members of Congress to build support for opposing the Biden administration's overall refugee plans."

The approach isn’t embraced by all Republican leaders, with some calling it mean-spirited and at odds with Christian teachings that are important to the white evangelicals who play a critical role in the party’s base. The strategy relies on tactics that were commonplace during Trump’s tenure and that turned off many voters, including racist tropes, fear-mongering and false allegations.

And the hard-liners pay little heed to the human reality unfolding in Afghanistan, where those who worked with Americans during the war are desperate to flee for fear they could be killed by the new Taliban regime. But the Republicans pushing the issue are betting they can open a new front in the culture wars they have been fighting since President Joe Biden's election by combining the anti-immigrant sentiment that helped fuel Trump’s political rise with widespread dissatisfaction with the Afghan withdrawal. That, they hope, could keep GOP voters motivated heading into next year’s midterms, when control of Congress is at stake.

"From a political standpoint, cultural issues are the most important issues that are on the mind of the American people,” said Russ Vought, Trump’s former budget chief and president of the Center for Renewing America, a nonprofit group that has been working on building opposition to Afghan refugee settlement in the U.S. along with other hot-button issues, like critical race theory, which considers American history through the lens of racism.

His group is working, he said, to "kind of punch through this unanimity that has existed” that the withdrawal was chaotic, but that Afghan refugees deserve to come to the U.S. Officials insist that every Afghan headed for the country is subject to extensive vetting that includes thorough biometric and biographic screenings conducted by intelligence, law enforcement and counterterrorism personnel.

At a pair of hearings this week, Secretary of State Antony Blinken said those "rigorous security checks” begin in transit countries before refugees arrive in the U.S. and continue at U.S. military bases before anyone is resettled. Checks then continue as refugees await further processing. But Trump and his allies, who worked to sharply curtail refugee admissions while they were in office, insist the refugees pose a threat.

"Who are all of the people coming into our Country?” Trump asked in a recent statement. "How many terrorists are among them?”

With the U.S. confronting a host of challenges, it's unclear whether voters will consider immigration a leading priority next year. It was a key motivator for voters in the 2018 midterm elections, with 4 in 10 Republicans identifying it as the top issue facing the country, according to AP VoteCast data.

But it became far less salient two years later, when only 3% of 2020 voters – including 5% of Republicans – named it as the No. 1 issue facing the country amid the COVID-19 pandemic and related economic woes. When it comes to refugees, 68% of Americans say they support the U.S. taking in those fleeing Afghanistan after security screening, according to a Washington Post/ABC News poll in late August and early September.

That includes a majority – 56% – of Republicans. The party's leaders are far from united. Dozens of Republican lawmakers and their offices have been working tirelessly to try to help Afghans flee the country. And some, like Republican Sen. Thom Tillis from North Carolina, have admonished those in his party who have suggested the Afghans pose a security risk. Some of the skepticism voiced by the right has been exacerbated by the Biden administration's refusal to date to provide an accounting of who was able to leave Afghanistan during the chaotic evacuation campaign from Kabul Hamid Karzai International Airport.

The State Department has said that more than 23,800 Afghans arrived in the U.S. between Aug. 17-31. Thousands more remain at U.S. military sites overseas for screening and other processing. But officials have said they are still working to compile the breakdown of how many are applicants to the Special Immigrant Visa program designed to help Afghan interpreters and others who served side-by-side with Americans, how many are considered other "Afghans at risk,” like journalists and human rights workers, and how many fall into other categories.

The organization War Time Allies estimates as many as 20,000 special visa applicants remain in the country, not counting their families and others eligible to come to the U.S. Ken Cuccinelli, who served as Trump's acting deputy secretary of the Department of Homeland Security and is now a senior fellow at the Center for Renewing America, says he doesn't believe the refugees have faced sufficient review.

"It’s unachievable as a simple administrative matter,” he said of the process.

While Cuccinelli, like Miller, believes that SIVs should be allowed to come to the U.S., he argues that the other refugees should be resettled in the region, closer to home. The "mass importation of potentially hundreds of thousands of people who do not share American cultural, political, or ideological commonalities poses serious risks to both national security and broader social cohesion," he wrote in a recent position paper on the group’s website that cites Pew Research Center polling on beliefs about Sharia law and suicide bombings.

Other former administration officials strongly disagree with such inflammatory language.

"Some of the people who’ve always been immigration hard-liners are seeing this wrongly as an opportunity ahead of the midterms to, for lack of a better term, stoke fear of, ‘I don’t want these people in my country,’” said Alyssa Farah, a former Pentagon press secretary who also served as White House communications director under Trump.

Farah said she has been working to "politely shift Republican sentiment” away from arguments that she sees as both factually false and politically questionable. The Republican Party, she noted, includes a majority of veterans – many of whom worked closely alongside Afghans on the ground and have led the push to help their former colleagues escape – as well as evangelical Christians, who have historically welcomed refugees with open arms.

"It's totally misreading public sentiment to think that Republicans should not be for relocating Afghan refugees who served along side the U.S.," she said. "The Christian community is there. The veterans community is for it.”