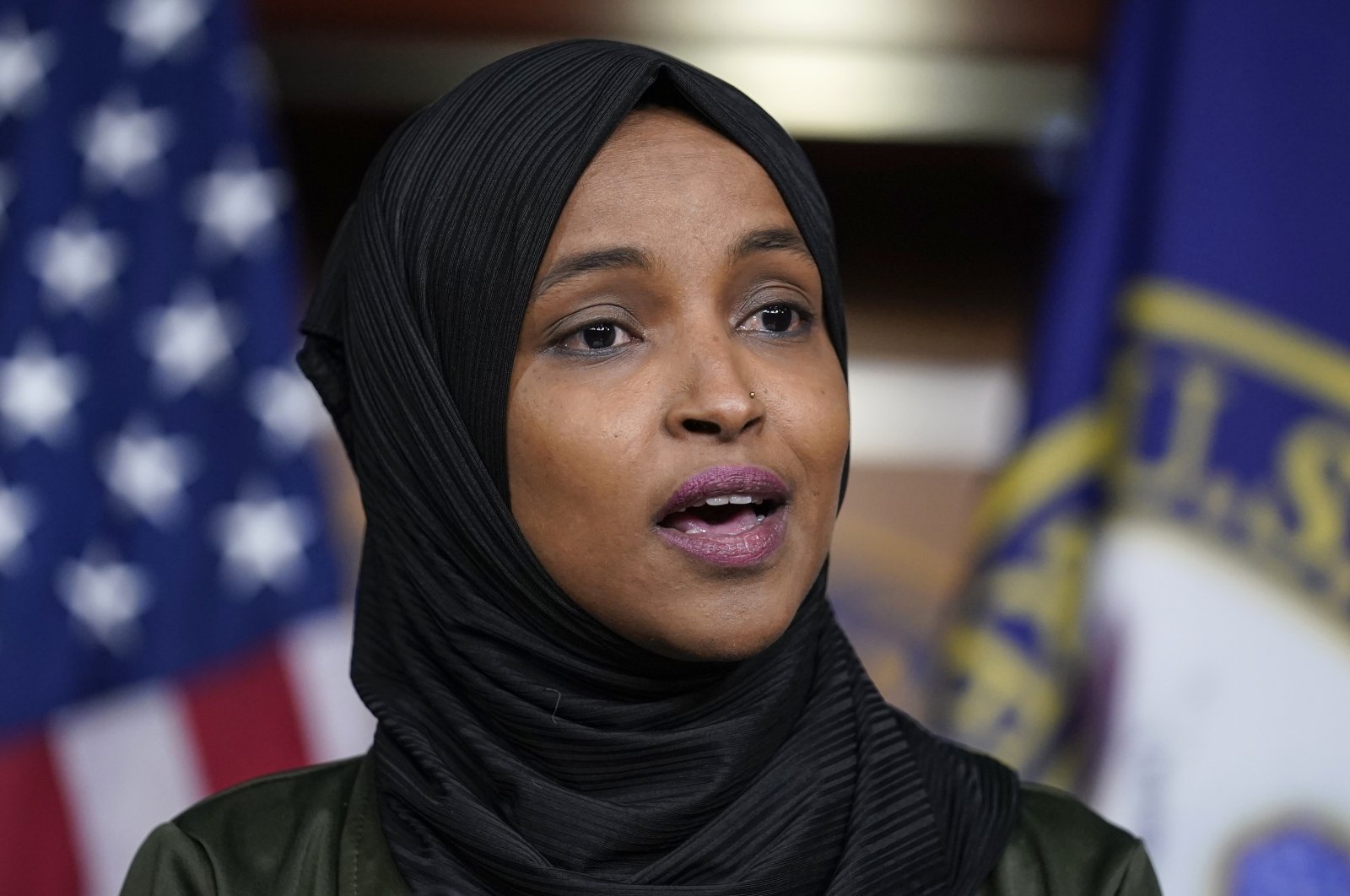 Rep. Ilhan Omar, D-Minnesota, speaks to reporters in the wake of anti-Islamic comments made last week by Rep. Lauren Boebert, R-Colorado, who likened Omar to a bomb-carrying terrorist, during a news conference at the Capitol in Washington, U.S., Nov. 30, 2021. (AP Photo)
by German Press Agency - DPA Dec 01, 2021 10:03 am
RECOMMENDED

"Omar should apologize for marrying her brother, committing large-scale immigration and election fraud, wishing death to Israel, and for essentially abandoning her former country," Trump said in an email statement.

On Tuesday evening, the Democratic congresswoman from Minnesota responded, "We cannot pretend that this hate speech from leading politicians doesn't have real consequences. The truth is that anti-Muslim hate is on the rise both here at home and around the world."

He added the claim Somalia "doesn't even have a government," even though the country does have a functioning, albeit weak, government.

"Exactly what she'd like to see for the United States!" Trump said in the lie-riddled statement.

Trump was effectively backing Boebert's "sorry not sorry" effort to dodge blame after getting caught making anti-Muslim jokes on a video clip posted by a Twitter account called PatriotTakes.

In it, she says she and a staffer were taking a Capitol elevator when she saw an alarmed Capitol police officer running toward them. She said she turned to her left and spotted Omar standing beside them.

Boebert called Omar but refused to apologize for the bigoted attack. Omar hung up on her.

Omar and the only other two Muslims in Congress have called on Minority Leader Rep. Kevin McCarthy (R-California) to discipline Boebert.

"It's clear that (Boebert) has no sincere interest in building understanding and combating Islamophobia, but rather encouraging it," the ADL's Jonathan Greenblatt said in a tweet.