Trump pushes for Republican candidates who ‘stand for our values’ 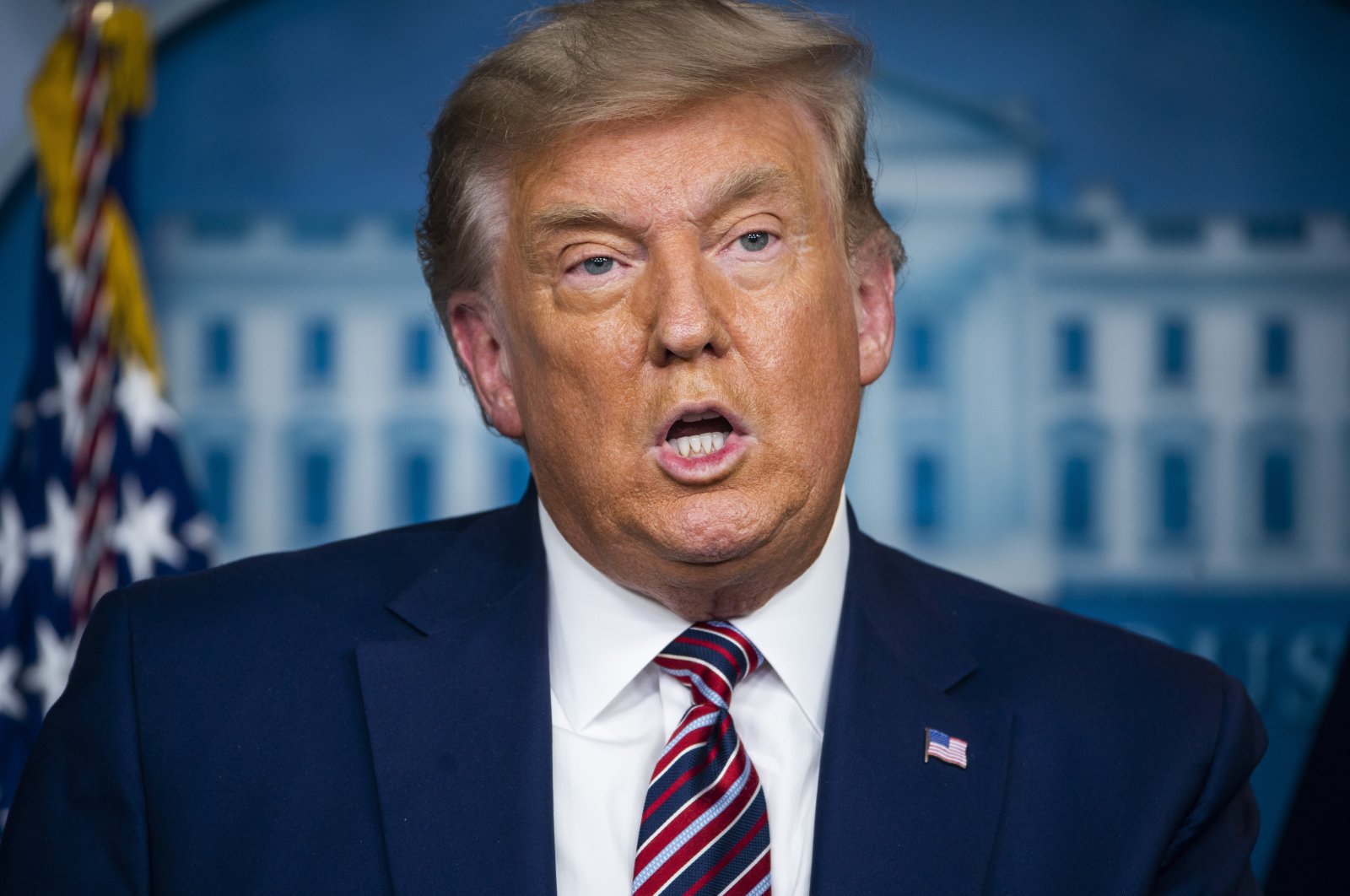 Former U.S. President Donald Trump on Saturday pushed Republicans to support candidates who are loyal to him in next year's midterm elections as he began a new, more active phase of his post-presidency.

Trump, 74, teased the prospect of another presidential bid of his own in 2024, but vowed first to be an active presence on the campaign trail for those who share his values in next year's fight for control of Congress.

"The survival of America depends on our ability to elect Republicans at every level starting with the midterms next year,” Trump charged early in a rambling speech that spanned nearly an hour and a half. Trump's speech to hundreds of Republican officials and activists gathered for the North Carolina GOP convention was the opening appearance in what is expected to be a new phase of rallies and public events.

Out of office for more than four months and banned from his preferred social media accounts, the former president hopes to use such events to elevate his diminished voice ahead of another potential presidential run. His advisers are already eyeing subsequent appearances in Ohio, Florida, Alabama and Georgia to help bolster midterm candidates and energize voters.

Some party leaders worry that a rise of pro-Trump candidates in the coming months could jeopardize the GOP's fight for control of Congress in 2022. While Trump remains a dominant force within his party, he is deeply unpopular among key segments of the broader electorate. He lost the last election by 7 million votes after alienating Republican-leaning suburban voters across the country.

In contrast to the mega rallies that filled sports arenas when Trump was president, he faced a crowd that organizers estimated at 1,200 seated at dinner tables inside the Greenville convention center Saturday night. Tens of thousands more followed along on internet streams.

Invited to the stage briefly during his remarks, Trump's daughter-in-law and North Carolina native Lara Trump announced she would not run for the Senate because of family obligations. "I am saying no for now, not no forever,” Lara Trump said.

Minutes later, Trump announced his endorsement of loyalist Rep. Ted Budd in the crowded Republican primary, adding a slap at former Gov. Pat McCrory, who has been critical of Trump's falsehoods about the 2020 election.

"You can’t pick people who have already lost two races and do not stand for our values,” Trump said. McCrory served as the North Carolina governor from 2013 to 2017 but lost elections before and after his term. The former president waited more than an hour to advance falsehoods about the 2020 election, which he described as "the crime of the century.” Since leaving the White House, Trump has regularly made baseless claims that the last presidential election was stolen.

The claims have triggered a wave of Republican-backed voting restrictions in state legislatures across the country, even though Trump’s cries of voting fraud have been refuted by dozens of judges, Republican governors and senior officials from his own administration.

Trump focused his early remarks on President Joe Biden, which he called "the most radical left-wing administration in history.”

"As we gather tonight our country is being destroyed before our very eyes,” he said. Democratic National Committee spokesperson Ammar Moussa took a shot at Trump in a statement released ahead of his speech.

"More than 400,000 dead Americans, millions of jobs lost and recklessly dangerous rhetoric is apparently not enough for Republicans to break with a loser president who cost them the White House, Senate and House,” Moussa said.