Trump refuses call to testify in his impeachment trial 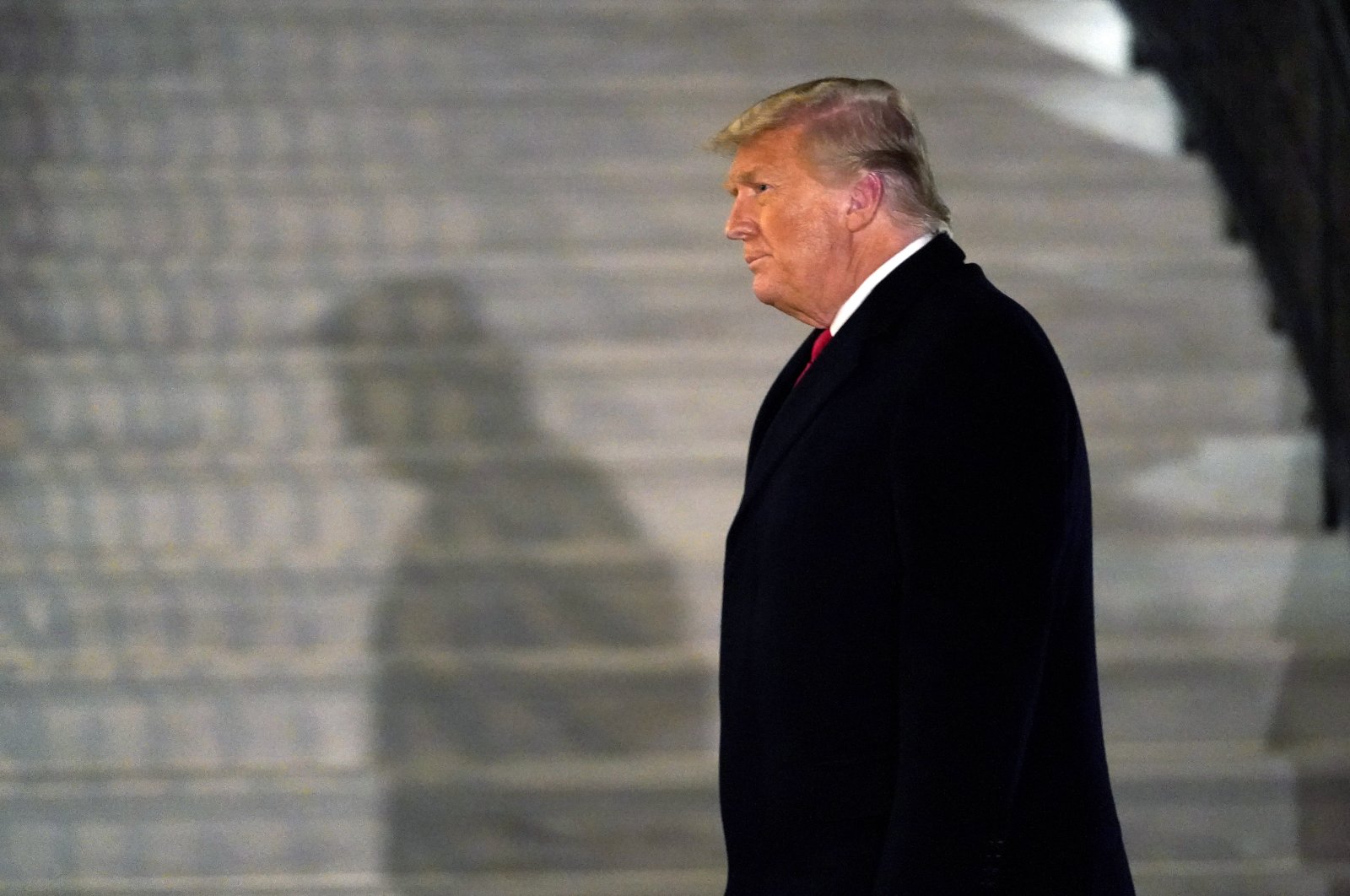 Former U.S. President Donald Trump refused Thursday to testify in his looming impeachment trial after being called by House of Representatives prosecutors to give evidence, branding the process "unconstitutional."

Trump's lawyers ridiculed the request in a letter by lead House prosecutor Jamie Raskin to answer questions over the Jan. 6 attack on the U.S. Capitol as a "public relations stunt."

"Your letter only confirms what is known to everyone: you cannot prove your allegations" against Trump, attorneys Bruce Castor and David Schoen said in their reply.

While the attorneys did not say whether he would testify, a senior advisor to Trump, Jason Miller, said flatly that he would not.

"The president will not testify in an unconstitutional proceeding," Miller told Agence France-Presse (AFP).

The refusal came five days before the trial of the former U.S. leader on one charge of "incitement to insurrection" opens in the U.S. Senate.

In his unprecedented second impeachment trial, Trump is accused of fomenting the attack by his supporters on the U.S. legislature one month ago, forcing a halt to proceedings to certify opponent Joe Biden's victory in the November presidential election.

Raskin said the trial will prove "Trump's conduct was indefensible."

"His immediate refusal to testify speaks volumes and plainly establishes an adverse inference supporting his guilt," he said in a statement.

Raskin had asked Trump, who has maintained without evidence that Biden won by massive fraud, to testify sometime next week, before or during the trial.

He said Trump, who now lives in his Florida Mar-a-Lago resort, had little excuse to avoid testifying, and could no longer claim he was too busy overseeing the country, as was the White House position when he was still president.

Assault on the Capitol

Raskin's letter and the response set out the battle lines for the never-seen impeachment trial of an ex-president.

The Democratic House prosecutors, or impeachment managers, say the Republican leader was "singularly responsible" for the Capitol attack, which left five dead.

"In a grievous betrayal of his oath of office, President Trump incited a violent mob to attack the United States Capitol," they said.

Trump's legal team argued in a filing Tuesday that whatever he said in the days and hours before the attack to encourage supporters to reject Biden's election win amounted to constitutionally protected free speech.

They declared it unconstitutional to put a former president on trial in the Senate.

The Jan. 6 violence continues to reverberate in Washington. Prosecutors have charged some 180 people in the attacks, according to a tally by the George Washington University Program on Extremism, and hundreds more are under investigation.

The Justice Department has suggested it could build a case for seditious conspiracy by some Trump-supporting extreme-right groups in the attack.

In a White House rally just before the attack, Trump encouraged supporters to reject the election results and to "fight like hell."

While Democrats will make such statements the focus of their case, Trump's lawyers will hone in on the question of constitutionality.

Conviction requires the support of two-thirds of the 100 senators, who serve as judges and jury in the trial.

But last week 45 of 50 Republican senators made clear in a vote they think trying an ex-president is unconstitutional.