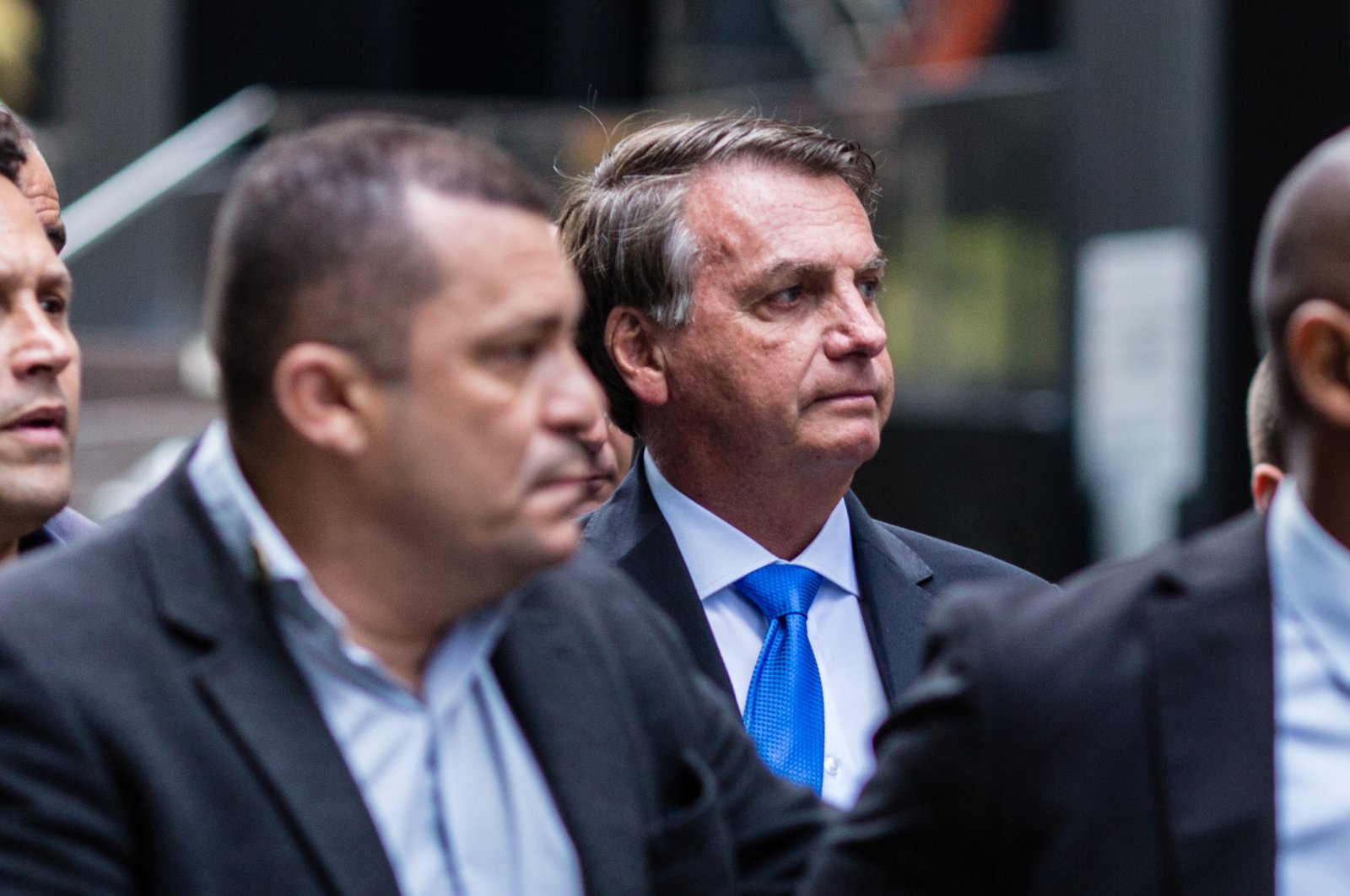 Unvaccinated heads of state attending the United Nations General Assembly this week may have to settle for a piece of pizza on a sidewalk instead of fine dining at New York's restaurants.

That is how Brazil's President Jair Bolsonaro dined on his first night in New York, where no one is allowed into the city's restaurants without proof of a COVID-19 vaccination. The far-right populist is a vaccine skeptic who has bragged about not being vaccinated, saying before he left for New York that his immune system is strong enough to fend off the coronavirus.

Two Cabinet ministers on his delegation posted a photo of Bolsonaro and aides munching on slices of pizza on a New York sidewalk on Sunday night. Bolsonaro's supporters praised the casual "simplicity" of their leader happy to eat pizza on the street near the Manhattan hotel where he is staying.

Asked by British Prime Minister Boris Johnson at a meeting on Monday whether he had been vaccinated, Bolsonaro replied: "No. Not yet."

New York Mayor Bill de Blasio appealed to world leaders, "including most notably Bolsonaro from Brazil," to get vaccinated before attending the U.N. gathering in the city.

"If you don't want to be vaccinated, don't bother coming," de Blasio said at a news conference.

Last week, General Assembly President Abdulla Shahid notified the 193-member states that the U.N.'s COVID-19 vaccination honor system will remain in place for presidents, prime ministers and diplomats. They are not required to show proof of immunization.

Some leaders are staying away and sending a video statement instead because of the coronavirus pandemic. Brazil's mission to the United Nations declined to comment on reports a Brazilian diplomat had tested positive in New York.

U.N. spokesperson Stephane Dujarric said, "We are aware of the reports and are in contact with the Brazilian mission."

Bolsonaro will be the first head of state to address the annual U.N. General Assembly on Tuesday morning.