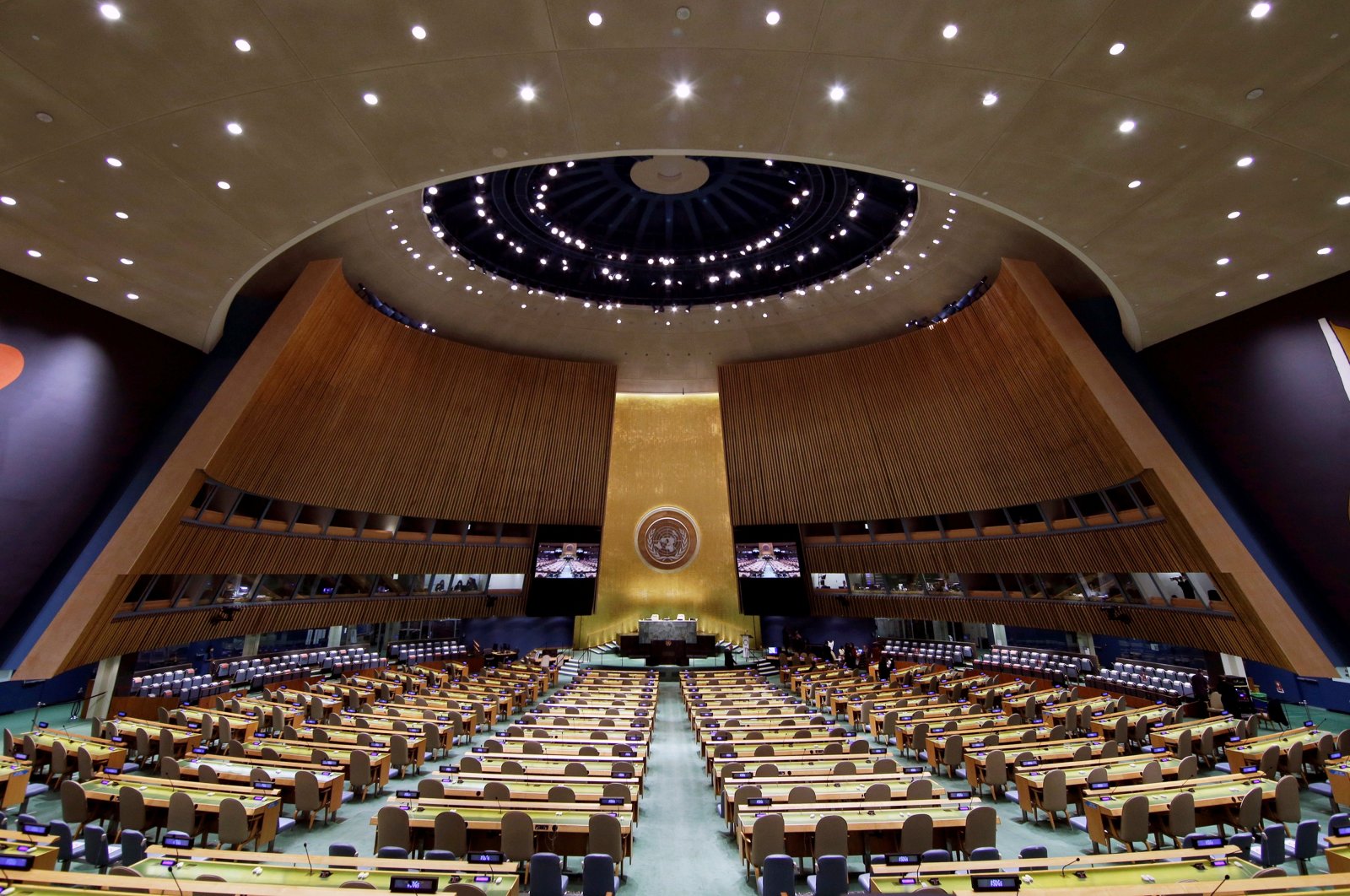 World leaders will be back at the United Nations for the first time in two years on Tuesday with a formidable agenda of escalating crises to tackle, including the still raging COVID-19 pandemic and a relentlessly warming planet.

Last year, no leaders came to the U.N. because the coronavirus was sweeping the globe, so all their addresses were pre-recorded. This year, the General Assembly offered leaders a choice of coming to New York or remaining online, and more than 100 heads of state and government decided to appear in person in the General Assembly hall. U.N. Secretary-General Antonio Guterres, who opens the week-long event, "will pull no punches in expressing his concern about the state of the world, and he will lay out a vision to bridge the numerous divides that stand in the way of progress,” U.N. spokesperson Stephane Dujarric said. Guterres has already demonstrated that in pointed pre-meeting remarks about the virus and climate change.

"I’m here to sound the alarm. The world must wake up,” Guterres said in his first words after convening the meeting.

By tradition, the first country to speak is Brazil, whose president, Jair Bolsonaro, isn’t vaccinated. He reiterated last Thursday that he doesn’t plan to get the shot any time soon, justifying his refusal by saying he had COVID-19 and therefore has a high level of antibodies. A key issue ahead of the meetings has been COVID-19 entry requirements for leaders to the United States – and to the U.N. headquarters itself.

The U.S. requires a vaccination or a recent COVID-19 test, and the U.N. will operate on an honor system whereby anyone entering the complex attests that they do not have symptoms of COVID-19 and have not tested positive in the last 10 days. The three most closely watched speakers on Tuesday morning are expected to be U.S. President Joe Biden, appearing at the U.N. for the first time since his defeat of Donald Trump in the November election, China’s President Xi Jinping, who in a surprise move will deliver a video address, and Iran’s recently elected President Ebrahim Raisi.

Ahead of the opening of the General Assembly’s annual General Debate, Guterres issued a dire warning that the world could be plunged into a new and probably more dangerous Cold War unless the United States and China repair their "totally dysfunctional” relationship.

The U.N. chief said in an interview this weekend with The Associated Press (AP) that Washington and Beijing should be cooperating on the climate crisis and negotiating on trade and technology, but "unfortunately, today we only have confrontation” including over human rights and geostrategic problems mainly in the South China Sea.

On Tuesday, Guterres urged the United States and China to engage in dialogue, warning of an increasingly divided world.

"I fear our world is creeping towards two different sets of economic, trade, financial and technology rules, two divergent approaches in the development of artificial intelligence – and ultimately two different military and geopolitical strategies," Guterres said as he opened the United Nations General Assembly. "This is a recipe for trouble. It would be far less predictable than the Cold War. To restore trust and inspire hope, we need cooperation," he added, according to remarks carried by Agence France-Presse (AFP).

"We are also seeing an explosion in seizures of power by force. Military coups are back. The lack of unity among the international community does not help," Guterres said, referring to military coups in Myanmar and Guinea as well as the Taliban's takeover in Afghanistan. "Geopolitical divisions are undermining international cooperation and limiting the capacity of the Security Council to take the necessary decisions."

Speaking last week about Biden’s speech, Richard Gowan, U.N. director of the International Crisis Group, said "the really significant question is exactly how he frames relations with China.” He predicted that Biden "won’t be as forthright in criticism of China as Trump was, especially in 2019 and 2020,” but rather will "try and cast China as a country that is challenging the rules-based world order and a country that should not be trusted with leadership of the international system.”

On the latest speakers list released earlier this month, China’s speech was supposed to be delivered on Friday by a deputy prime minister. But the U.N. confirmed Monday that Xi will give the country’s video address instead. His speech and any comments about the U.S. rivalry are certain to be closely watched and analyzed.

Other leaders scheduled to speak in person during the meeting, which ends Sept. 27, include King Abdullah II of Jordan, the president of Venezuela, and the prime ministers of Japan, India and the United Kingdom along with Israel’s new Prime Minister Naftali Bennett and Palestinian President Mahmoud Abbas.

Leaders delivering prerecorded statements this year include the presidents of Egypt, Indonesia, South Africa and Zimbabwe. French President Emmanuel Macron was supposed to deliver a pre-recorded statement on Tuesday, but the government said Foreign Minister Jean-Yves Le Drian will now deliver the country’s address virtually on the final day.

France and China have reacted angrily to the surprise announcement by Biden, alongside the leaders of Australia and Britain, of a deal to provide Australia with at least eight nuclear-powered submarines. Australia had signed a contract worth at least $66 billion for a dozen French conventional diesel-electric submarines and their construction was already underway.

Le Drian told a news conference Monday that there is a "crisis of trust” between the United States and its oldest ally, France, as well as Europe, which has been excluded from the new U.S.-U.K.-Australia alliance focused on the Indo-Pacific and aimed at confrontation with China. He said Europeans "should not be left behind,” and need to define their own strategic interests.