US ambassador in Russia heads back home for consultations 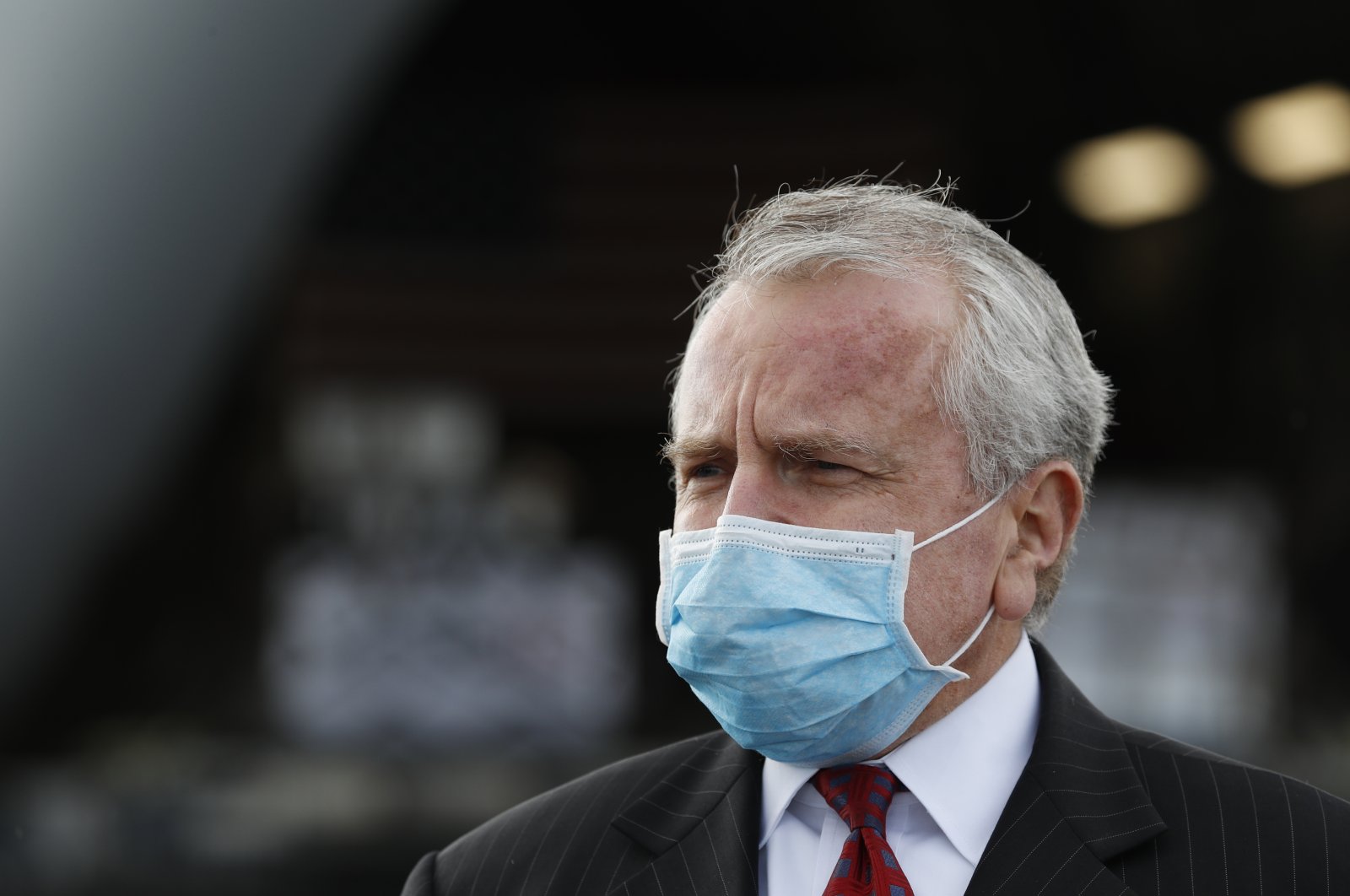 After the Kremlin's prodding for the U.S. ambassador to take a break as Washington and Moscow traded sanctions, the ambassador headed home Tuesday for consultations.

The Kremlin emphasized that it couldn't order Ambassador John Sullivan to leave for consultations and could only "recommend” that he do so amid the current tensions.

Sullivan said in a statement that he is returning to the United States this week to discuss U.S.-Russian ties with members of President Joe Biden's administration. He emphasized that he would come back to Moscow within weeks.

"I believe it is important for me to speak directly with my new colleagues in the Biden administration in Washington about the current state of bilateral relations between the United States and Russia," Sullivan said in a statement issued by the embassy. "Also, I have not seen my family in well over a year, and that is another important reason for me to return home for a visit.”

Sullivan's departure comes after Russia on Friday stopped short of asking Sullivan to leave the country but said it "suggested” that he follows the example of the Russian ambassador to the U.S., who was recalled from Washington last month after President Joe Biden described Russian President Vladimir Putin as a "killer.” Russia has set no time frame for Ambassador Anatoly Antonov's return to Washington.

Putin's spokesman, Dmitry Peskov, said the ambassadors' departures reflect current tensions in the relationship between the United States and Russia.

"The relations now have hit the bottom,” Peskov said. "There are certain consequences of the unfriendly measures taken against our country and the retaliatory measures taken by us.”

On Thursday, the Biden administration announced sanctions on Russia for interfering in the 2020 U.S. presidential election and for involvement in the SolarWind hack of federal agencies – activities Moscow has denied. The U.S. ordered 10 Russian diplomats expelled, targeted dozens of companies and people and imposed new curbs on Russia’s ability to borrow money.

Russia denounced the U.S. move as "absolutely unfriendly and unprovoked” and retaliated by ordering 10 U.S. diplomats to leave, blacklisting eight current and former U.S. officials and tightening requirements for the U.S. Embassy operations.

While ordering the sanctions, Biden also called for de-escalating tensions and held the door open for cooperation with Russia in certain areas.

Biden emphasized that he told Putin that he chose not to impose tougher sanctions for now and proposed to meet in a third country in the summer. Russia said it was studying the offer.

"I will return to Moscow in the coming weeks before any meeting between Presidents Biden and Putin,” Sullivan said in Tuesday’s statement.

Peskov noted the Sullivan-Patrushev call, adding Tuesday that "if it becomes expedient, the ambassadors will come back and resume their duties.”

"As for the Russian ambassador, the president of Russia will decide when such expediency comes,” Peskov said during a conference call with reporters.

He said, "Russia certainly can't order” the U.S. ambassador to return home for consultations but can recommend that he do so.

John Sullivan is a rarity in the U.S. diplomatic corps: a non-career Trump administration political ambassadorial appointee whom Biden has asked to stay on.

His return to Washington for consultations comes not only at a moment of soaring tensions with Moscow over the new sanctions and Russia’s troop buildup along the Ukraine border, but as the Biden administration is gradually assembling its Russia policy team.

Just last week, the Senate confirmed Wendy Sherman to Sullivan’s previous job as deputy secretary of state, and the Senate Foreign Relations Committee is expected to vote on Wednesday on the nomination of Victoria Nuland, a Russia hawk and expert on the country, to the State Department’s No. 3 position, undersecretary of state for political affairs.

Sherman, who played a leading role in U.S. negotiations with North Korea during the Clinton administration and with Iran during the Obama administration, and Nuland, who as assistant secretary of state for European Affairs, incurred Moscow’s wrath during the 2014 Maidan uprising in Ukraine and Russia’s annexation of Crimea, are both expected to be heavily involved in formulating strategies for dealing with Russia.

All three women will be primary points of contact for Sullivan in Moscow and he has yet to meet any of them in person in his current position.

Russian Deputy Foreign Minister Sergei Ryabkov said "we are in the very beginning of analyzing the situation” regarding Biden's summit proposal and no specifics have been discussed yet. "A big question is what course the U.S. will take,” Ryabkov said in remarks carried by Russian news agencies.

Fyodor Lukyanov, a leading Moscow-based foreign policy expert, said while the Kremlin's advice to Sullivan to leave for consultations stopped short of expulsion, it reflected Moscow's dismay about the new sanctions.

"If the political contacts have been reduced to zero, and economic ties never were close enough, why have so many people in the embassies?” Lukyanov said in a commentary. He predicted that ties will continue to deteriorate despite Biden's offer to hold a summit.

"During the past Cold War, the Soviet Union and the United States at least shared a certain mutual respect and a recognition of each other's political legitimacy, and it's no longer the case,” Lukyanov observed.

"Each party sees the other as heading toward decay and lacking the moral and political right to behave as it does,” he said.