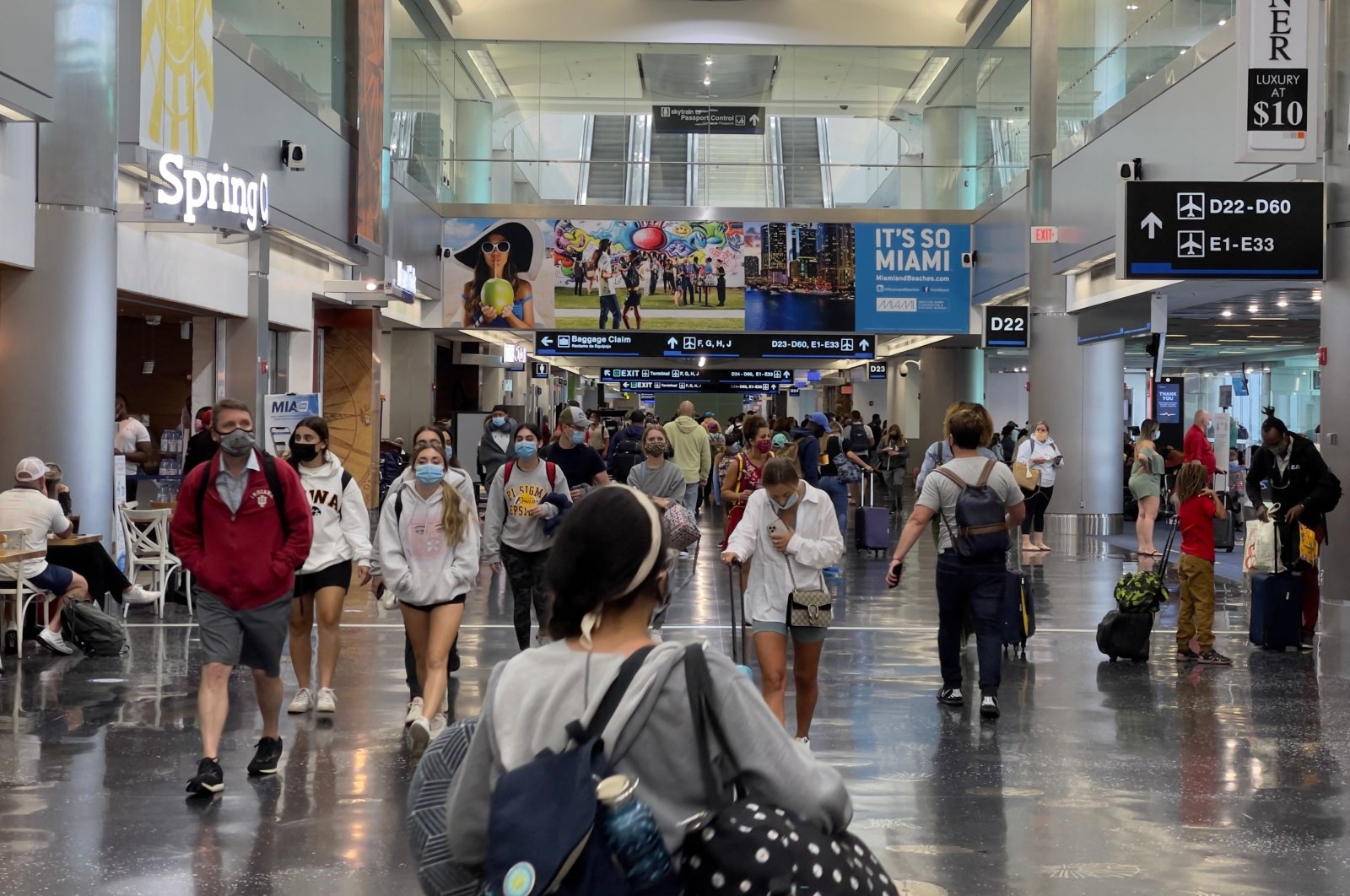 New travel requirements for people coming to the United States were outlined by the Biden administration Monday, saying that children under 18 and people from dozens of countries with a shortage of vaccines will be exempt from the new rules.

The government said it will require airlines to collect contact information on passengers regardless of whether they have been vaccinated to help with contact tracing if that becomes necessary.

The new policy comes as the Biden administration moves away from restrictions that ban non-essential travel from several dozen countries – most of Europe, China, Brazil, South Africa, India and Iran – and instead focuses on classifying individuals by the risk they pose to others.

It also reflects the White House’s embrace of vaccination requirements as a tool to push more Americans to get the shots by making it inconvenient to remain unvaccinated.

Under the policy, those who are vaccinated will need to show proof of a negative COVID-19 test within three days of travel, while the unvaccinated must present a test taken within one day of travel.

Children under 18 will not be required to be fully vaccinated because of delays in making them eligible for vaccines in many places. They will still need to take a COVID-19 test unless they are 2 or younger.

Others who will be exempt from the vaccination requirement include people who participated in COVID-19 clinical trials, who had severe allergic reactions to the vaccines or are from a country where shots are not widely available.

That latter category will cover people from countries with vaccination rates below 10% of adults. They may be admitted to the U.S. with a government letter authorizing travel for a compelling reason and not just for tourism, a senior administration official said. The official estimated that there are about 50 such countries.

The U.S. will accept any vaccine approved for regular or emergency use by the U.S. Food and Drug Administration (FDA) or the World Health Organization (WHO). That includes Pfizer, Moderna, Johnson & Johnson, AstraZeneca and China’s Sinopharm and Sinovac vaccines. Mixing-and-matching of approved shots will be permitted.

Quarantine officers from the Centers for Disease Control and Prevention (CDC) will spot-check passengers who arrive in the U.S. for compliance, according to an administration official. Airlines that don't enforce the requirements could be subject to penalties of up to nearly $35,000 per violation.

The new rules will replace restrictions that began in January 2020, when President Donald Trump banned most non-U.S. citizens coming from China. The Trump administration expanded that to cover Brazil, Iran, the United Kingdom, Ireland and most of continental Europe. President Joe Biden left those bans in place and expanded them to South Africa and India.

Biden came under pressure from European allies to drop the restrictions, particularly after many European countries eased limits on American visitors.

"The United States is open for business with all the promise and potential America has to offer,” Commerce Secretary Gina Raimondo said after Monday's announcement.

The main trade group for the U.S. airline industry praised the administration's decision.

"We have seen an increase in ticket sales for international travel over the past weeks, and are eager to begin safely reuniting the countless families, friends and colleagues who have not seen each other in nearly two years, if not longer,” Airlines for America said in a statement.

The pandemic and resulting travel restrictions have caused international travel to plunge. U.S. and foreign airlines plan to operate about 14,000 flights across the Atlantic this month, just over half the 29,000 flights they operated during October 2019, according to data from aviation-research firm Cirium.

Henry Harteveldt, a travel industry analyst in San Francisco, said the lifting of country-specific restrictions will help, but it will be tempered by the vaccination and testing requirements.

"Anyone hoping for an explosion of international inbound visitors will be disappointed,” he said. "Nov. 8 will be the start of the international travel recovery in the U.S., but I don’t believe we see full recovery until 2023 at the earliest.”

The Biden administration has not proposed a vaccination requirement for domestic travel, which the airlines oppose fiercely, saying it would be impractical because of the large number of passengers who fly within the U.S. every day.