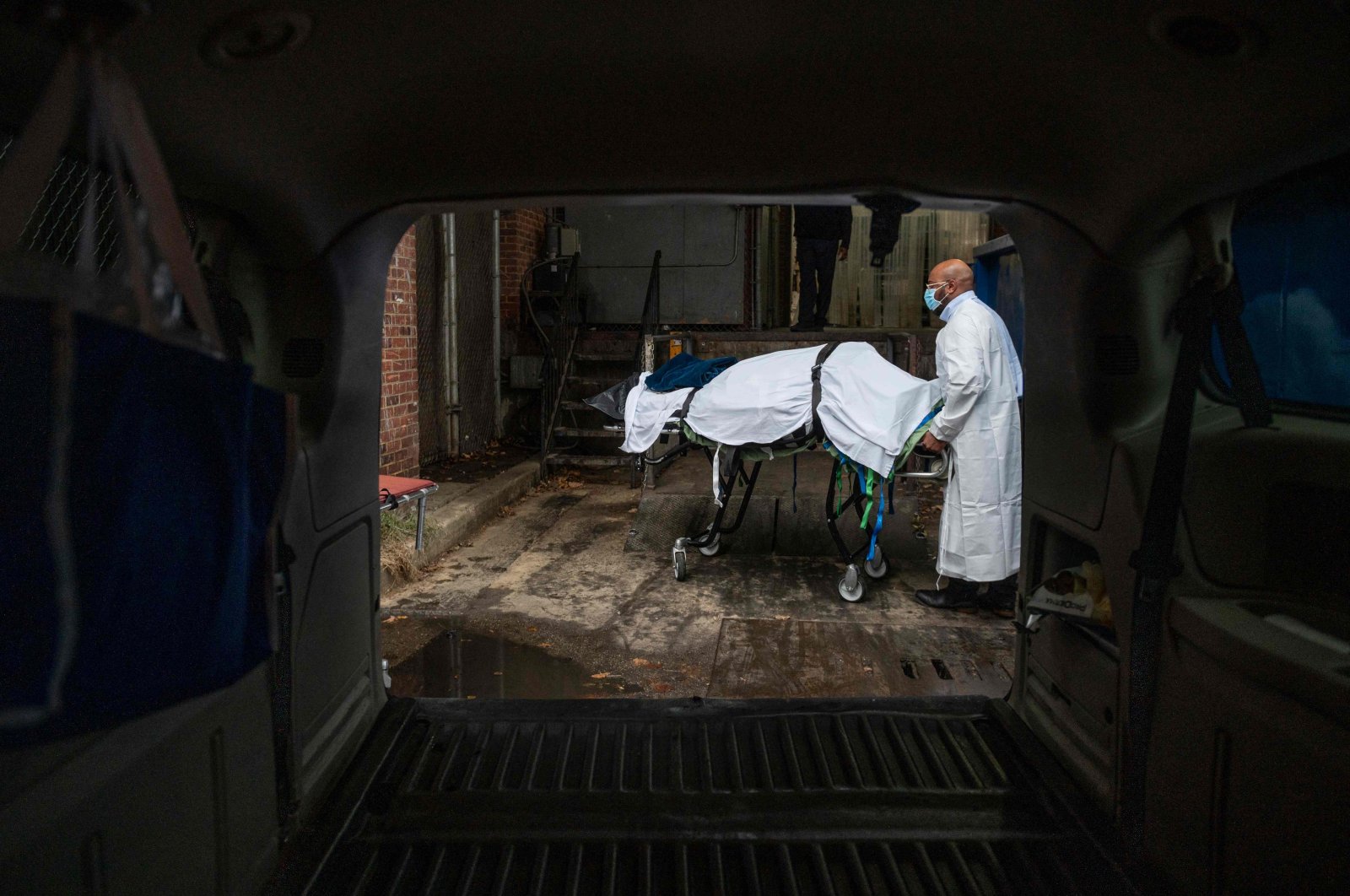 Despite the recent drop in coronavirus cases, the United States faces a grim milestone this week as it prepares to mark a staggering virus death toll with President Joe Biden planning to memorialize those who died in the time of the pandemic

The United States on Sunday stood at the brink of a once-unthinkable tally: 500,000 people lost to the coronavirus. A year into the pandemic, the running total of lives lost was about 498,000 – roughly the population of Kansas City, Missouri, and just shy of the size of Atlanta in the U.S. state of Georgia. The figure compiled by Johns Hopkins University surpasses the number of people who died in 2019 of chronic lower respiratory diseases, stroke, Alzheimer’s, flu and pneumonia combined.

"It’s nothing like we have ever been through in the last 102 years, since the 1918 influenza pandemic,” the nation’s top infectious disease expert, Dr. Anthony Fauci, said on CNN's "State of the Union.”

The U.S. virus death toll reached 400,000 on Jan. 19 in the waning hours of office for former U.S. President Donald Trump, whose handling of the crisis was judged by public health experts to be a singular failure. The nation could pass this next grim milestone on Monday.

President Joe Biden will mark the U.S. crossing 500,000 lives lost from COVID-19 with a moment of silence and candle lighting ceremony at the White House. Biden will deliver remarks at sunset to honor the dead, the White House said. He's expected to be joined by first lady Jill Biden and Vice President Kamala Harris and her husband, Doug Emhoff. Biden has made a point of recognizing the lives lost from the virus. His first event upon arriving in Washington for his inauguration a month ago was to deliver remarks at a COVID-19 memorial ceremony.

Biden will use "his own voice and platform to take a moment to remember the people whose lives have been lost, the families who are still suffering ... at what is still a very difficult moment in this country," White House spokesperson Jen Psaki told reporters Friday.

Joyce Willis of Las Vegas is among the countless Americans who lost family members during the pandemic. Her husband, Anthony Willis, died on Dec. 28, followed by her mother-in-law in early January. There were anxious calls from the intensive care unit (ICU) when her husband was hospitalized. She was unable to see him before he died because she, too, had the virus and could not visit. "They are gone. Your loved one is gone, but you are still alive,” Willis said.

"It’s like you still have to get up every morning. You have to take care of your kids and make a living. There is no way around it. You just have to move on.”

The global death toll was approaching 2.5 million, according to Johns Hopkins. While the count is based on figures supplied by government agencies around the world, the real death toll is believed to be significantly higher, in part because of inadequate testing and cases inaccurately attributed to other causes early on. Despite efforts to administer coronavirus vaccines, a widely cited model by the University of Washington projects the U.S. death toll will surpass 589,000 by June 1.

The virus also took a full year off the average life expectancy in the United States, the biggest decline since World War II. More than 28 million COVID-19 cases have rocked the United States even as daily average deaths and hospitalizations have fallen to the lowest levels since before the Thanksgiving and Christmas holidays

While the decline "is really terrific ... we are still at a level that's very high," Fauci said. "We want to get that baseline really, really, really low before we start thinking that we're out of the woods."

Fauci told CNN that Americans may still need masks in 2022 even as other measures to stop the virus's spread become increasingly relaxed and more vaccines are administered, and they may also need a booster shot depending on how variants emerge.

The limited supply of the two approved COVID-19 vaccines has hampered the pace of vaccinations – and that was before extreme winter weather delayed the delivery of about 6 million doses this past week. But the United States is on the verge of a supply breakthrough as manufacturing ramps up and with the expectation of a third vaccine becoming available in the coming weeks.

That means the act of delivering injections will soon be the dominant constraint, and it’s prompting the Biden administration to push to dramatically expand the universe of those who will deliver injections and where Americans will meet them to get their shots.

“It’s one thing to have the vaccine, and it’s very different to get it in someone’s arms,” Biden said Friday as he toured Pfizer’s manufacturing plant in Portage, Michigan. The company is set to double its pace of vaccine deliveries in the coming weeks.

The pace of deliveries of those vaccines is about to take off. About 145 million doses are set for delivery in the next 5 1/2 weeks, with an additional 200 million expected by the end of May and a further 200 million by the end of July.

That’s before the anticipated approval by the Food and Drug Administration for emergency use of a third vaccine, from Johnson & Johnson. The single-dose J&J vaccine is expected to help speed the path to immunity and requires half the vaccination resources of the two-shot regimens. But there is no massive stockpile of J&J doses ready to roll out on Day One.

“We’re going to be starting with only a few million in inventory,” White House COVID-19 coordinator Jeff Zients said this past week. Still, when combined with the anticipated increases in the other vaccines, the J&J doses could prove the pivotal advance in delivering enough shots for nearly all American adults by the end of June, at least a month earlier than currently anticipated.

Meanwhile, more localities are easing some restrictions, such as on indoor dining, and moving to reopen schools even as millions await their shots, sparking debate over the safety of teachers, students and others.

Financial pressures also continue to weigh even as economists express optimism for the year ahead. Congress is weighing Biden's $1.9 trillion coronavirus relief package, with the House of Representatives expected to vote on it this week and the Senate seeking to pass it before March 14.