Coronavirus deaths in US exceed 450,000 as daily toll remains high 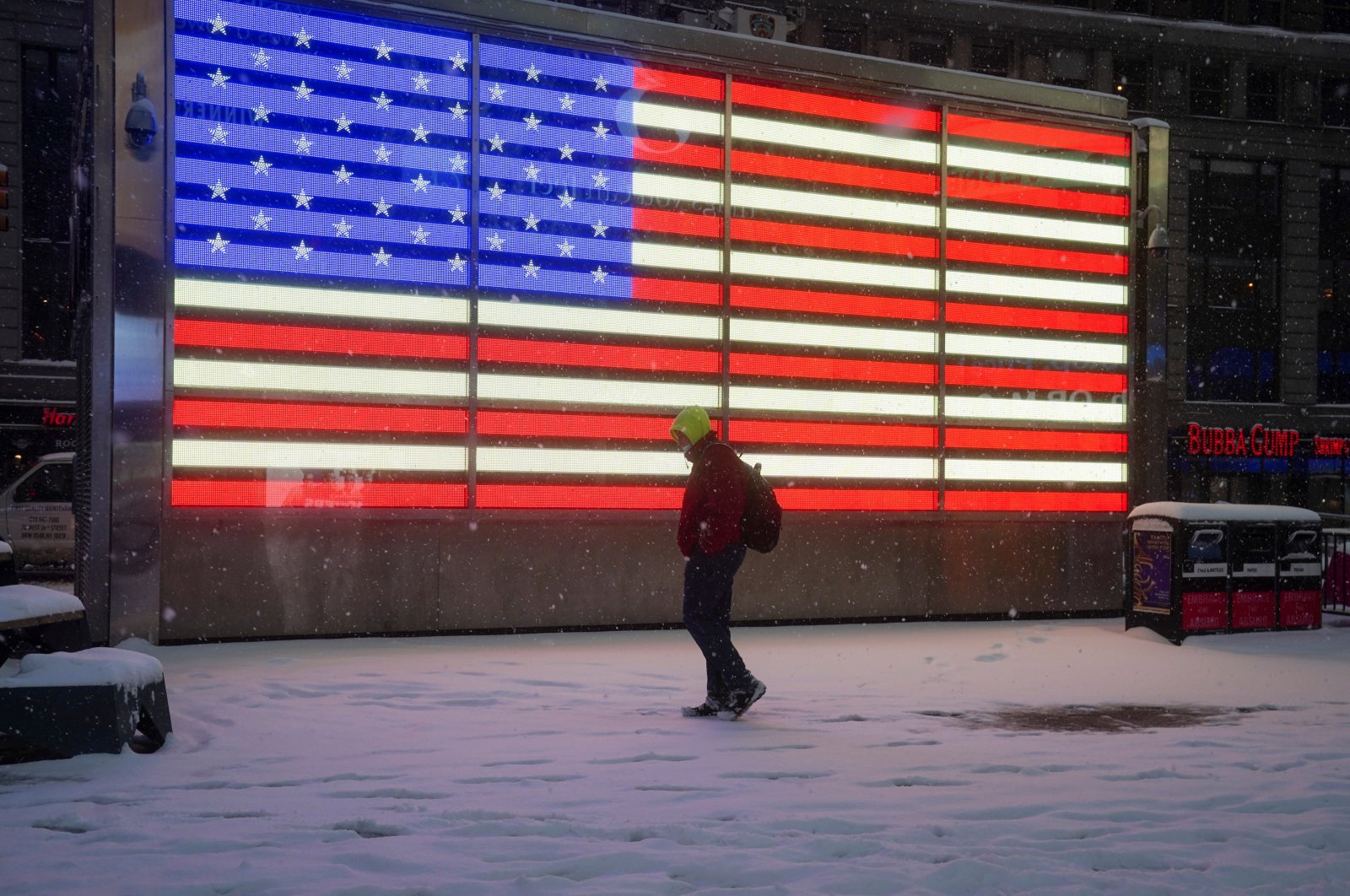 Coronavirus deaths in the United States surpassed 450,000 on Thursday, and daily deaths remain stubbornly high at more than 3,000 a day, despite falling infections and the arrival of multiple vaccines.

Infectious disease specialists expect deaths to start dropping soon, after new cases hit a peak right around the beginning of the year. New COVID-19 deaths could ebb as early as next week, said the new director of the Centers for Disease Control and Prevention (CDC).

But there’s also the risk that improving trends in infections and hospitalizations could be offset by people relaxing and coming together — including this Sunday, to watch football, she added.

Walensky said one reason cases and hospitalizations are not rising as dramatically as they were weeks ago is because the effect of holiday gatherings has faded.

The effect on deaths is delayed. The daily toll amounts to 50,000 new fatalities in the last two weeks alone.

“We’re still in quite a bad place,” she said.

The nation reported 3,912 COVID-19 deaths Wednesday, down from the pandemic peak of 4,466 deaths on Jan. 12. The biggest driver to the U.S. death toll over the past month has been California, which has averaged more than 500 deaths per day in recent weeks.

Dora Padilla was among the thousands of Californians who died in the last month.

The 86-year-old daughter of Mexican immigrants served two decades as a schools trustee for Southern California’s Alhambra Unified School District after helping out as a parent volunteer and band booster for her own children. She was one of few Latinos to hold elected office at the time.

She tested positive in December at the facility where she lived, then developed a fever and saw her oxygen level drop. The facility was going to call an ambulance but decided to treat her there amid a surge in infections that filled local hospitals with virus patients, said her daughter Lisa Jones.

“They were just about ready to call an ambulance, but they realized there is nowhere for her to go. She is going to end up in a hallway somewhere,” Jones said.

Padilla was stable for days and seemed to be improving, but suddenly grew ill again before she died.

“I am still just kind of numb,” her daughter said.

California’s experience has mirrored many of the inequalities that have been exposed since the pandemic began nearly a year ago, with people of color being hit especially hard.

For example, Latinos make up 46% of California’s overall death toll, despite being 39% of the state’s population. The situation has worsened in recent months. In November, the daily number of Latino deaths was 3.5 per 100,000 residents, but that rate shot up to 40 deaths per 100,000 last week.

Alabama is another hot spot. The seven-day rolling average of deaths there has risen over the past two weeks, from 74 to 147 deaths per day. Kentucky, North Carolina, Oklahoma, South Carolina and Tennessee also saw surges in deaths.

The hardest hit demographic groups continue to be the oldest and frailest, said Dr. Thomas Holland of Duke University.

When coronavirus first swept through the country, it was concentrated in nursing homes, prisons and other congregate care settings. It later spread more broadly.

“But deaths have still been concentrated among older patients and patients” with other health problems, Holland said. “Even as the pandemic has spread more broadly in the population, the demographics of who dies from COVID has not really changed.”

In Florida, for instance, 83% of deaths attributed to the virus have been in people 65 and older.

Still, that hasn’t been enough to inspire some people to wear masks. A recent viral video from Oakes Farms Seed to Table, a local grocery store in Naples, Florida, showed both maskless customers and employees, chatting and laughing, without any social distancing.

Alfie Oakes, the store’s owner, told NBC’s “Today” show he knows masks do not work, and he does not believe the coronavirus has killed hundreds of thousands of people in the United States.

He did not return a call from the AP on Thursday.

Public health experts are watching Florida closely this week, because the Super Bowl will be played in Tampa. City leaders and the NFL are trying to ensure social distancing by capping attendance at a third of the stadium’s capacity — 22,000 people. Still, there will be parties, events at bars and clubs, and other activities that draw people together.

While most people who become infected will recover, others face a much longer road. It can take a week or two to get sick enough to end up in the hospital. Then, those who are severely ill may end up in an intensive care unit (ICU) for many weeks, and some will die.

“The patients who don’t do well are often in for these long and very stormy courses, and the patients who die, that’s typically weeks into their hospital stay,” Holland said.

Treatments have evolved for COVID-19 over time, but there have not been any “game-changing miracle treatments” on par with the development of the vaccine, Holland said.

“We’ve had things on the margin that are helpful,” Holland said.

Among those, the use of steroids for patients who require oxygen, different ventilator strategies and preventing and managing blood clots. There’s also the use of monoclonal antibodies for outpatients early in their illness who do not need to be on oxygen, but who might be at higher risk of complications.

In addition, changes in testing have helped.

“Clearly, if people know they’re infected, they’re going to be more likely to do the things they need to do, like staying at home and quarantining or isolating,” he said.

Looking forward, the big concern is how the virus is changing, shifting into new strains that are potentially more infectious and better able to evade antibody products or to make vaccines less effective.

“We’ve always been in a race,” Holland said. “But it’s a lot more obvious now that we’re in a race to vaccinate people fast enough to slow down transmission, so that the virus has fewer opportunities to mutate and change and create these strain problems for us.”