US calls out China's 'genocide' in Xinjiang 'open-air prison' 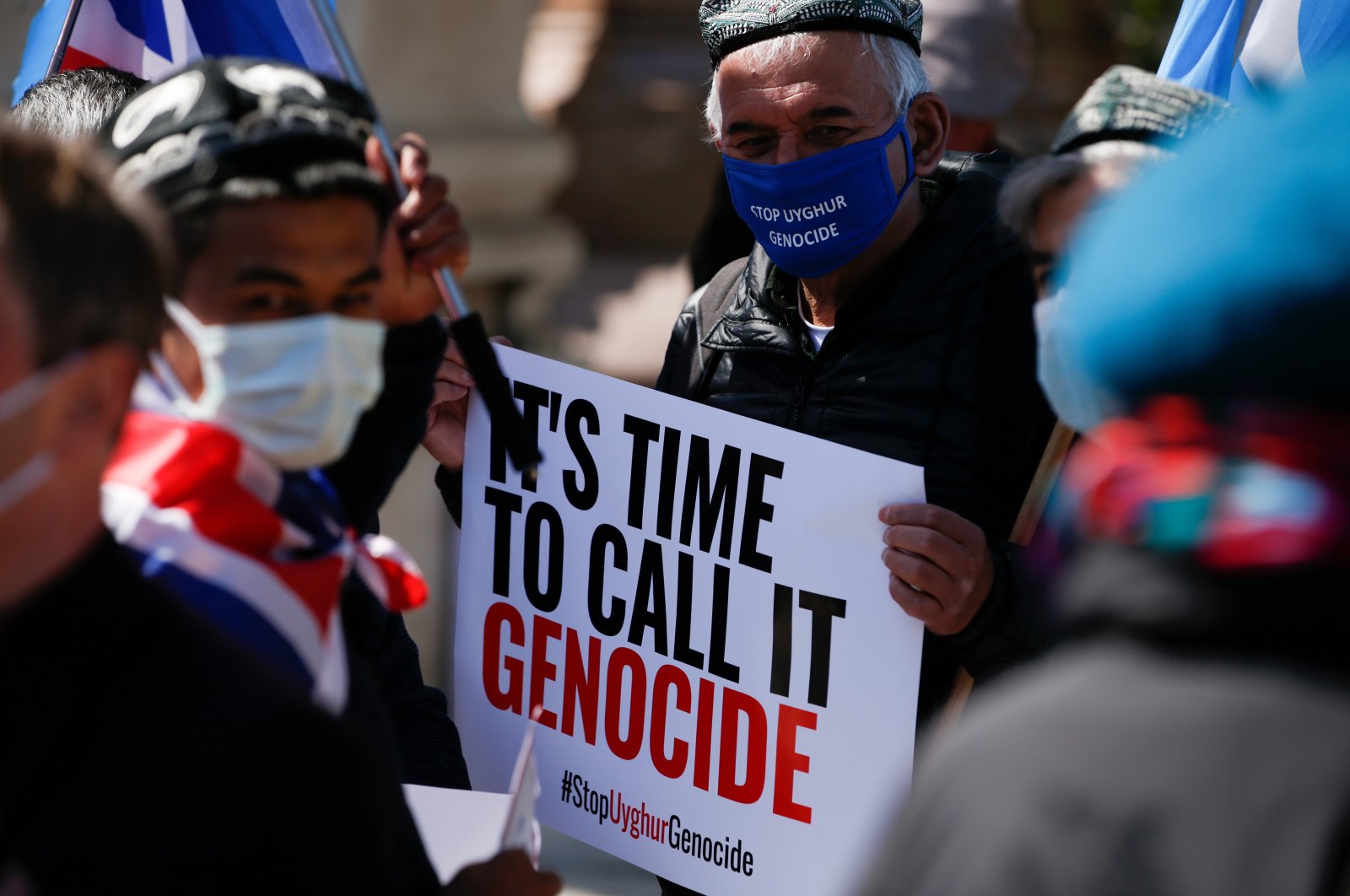 The U.S. ambassador to the United Nations and a State Department official on Wednesday both called out China's continued repression of the Uyghur minority in the Xinjiang region.

The United States will keep "speaking out until China's government stops its crimes against humanity and the genocide of Uyghurs and other minorities in Xinjiang," U.S. Ambassador to the United Nations Linda Thomas-Greenfield said on Wednesday.

Speaking at a virtual event at the U.N. on Xinjiang that China had lobbied members to stay away from, Britain's U.N. Ambassador Barbara Woodward described the situation as "one of the worst human rights crises of our time," while Germany's U.N. Ambassador Christoph Heusgen said countries who sponsored the event faced "massive Chinese threat."

"In Xinjiang, people are being tortured. Women are being forcibly sterilized," Thomas-Greenfield said.

Western states and rights groups accuse Xinjiang authorities of detaining and torturing Uyghurs and other minorities in camps. Beijing denies the accusations and describes the camps as vocational training facilities to combat religious extremism.

In a note to U.N. member states last week, China's U.N. mission rejected the accusations as "lies and false allegations" and accused the organizers of being "obsessed with provoking confrontation with China."

While China urged countries "NOT to participate in this anti-China event," a Chinese diplomat addressed the event.

"China has nothing to hide on Xinjiang. Xinjiang is always open," said Chinese diplomat Guo Jiakun. "We welcome everyone to visit Xinjiang, but we oppose any kind of investigation based on lies and with the presumption of guilt."

Separately, a U.S. State Department official said on the same day that the Chinese government has turned its western Xinjiang province into essentially an "open-air prison," as the department published a report that criticized China's persecution of religious minorities.

Department of State Office of International Freedom Senior Official Daniel Nadel told reporters that ethnic Uyghurs and other Muslims in the region were subjected to forced labor and have their movements closely tracked.