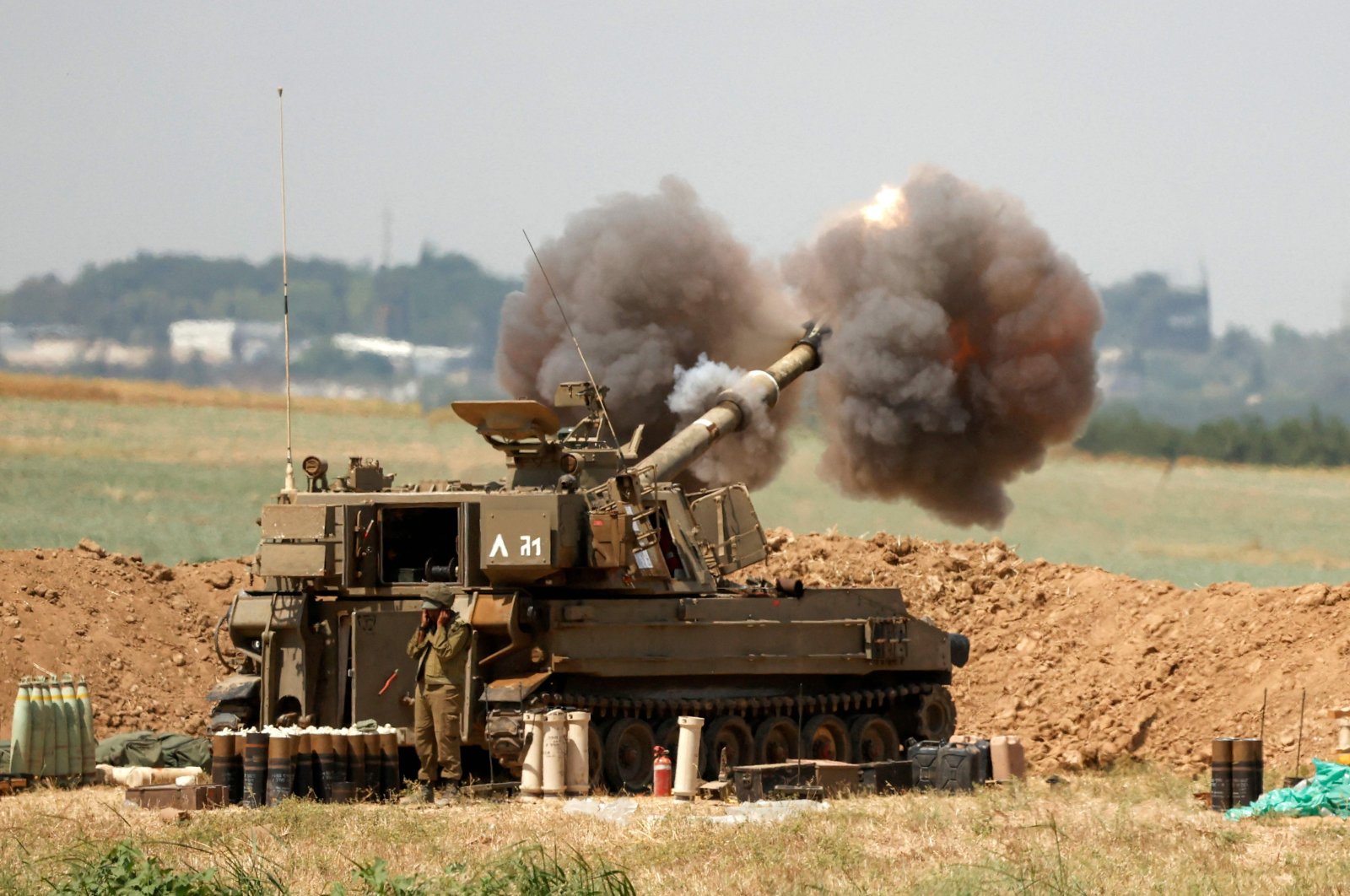 An Israeli 155mm self-propelled howitzer fires artillery shells towards the Gaza Strip from their position along the border with the Palestinian enclave, Israel, May 20, 2021. (AFP Photo)
by Anadolu Agency May 20, 2021 12:51 pm
RECOMMENDED

Democrats in the U.S. House of Representatives introduced a measure on Wednesday to block a proposed sale of $735 million worth of precision-guided munitions to Israel, a symbolic response to Israeli aggression in the Gaza Strip.

Progressive stalwart Alexandria Ocasio-Cortez is spearheading the resolution of disapproval along with representatives Mark Pocan and Rashida Tlaib. It seeks to prohibit the proposed $735 million sale, largely consisting of what are known as Joint Direct Attack Munitions, which convert "dumb bombs" into precision-guided weapons.

"For decades, the U.S. has sold billions of dollars in weaponry to Israel without ever requiring them to respect basic Palestinian rights. In so doing, we have directly contributed to the death, displacement and disenfranchisement of millions," Ocasio-Cortez said in a statement. "At a time when so many, including President Biden, support a cease-fire, we should not be sending ‘direct attack' weaponry to Prime Minister Netanyahu to prolong this violence."

U.S. President Joe Biden previously approved the sale on May 5, but Israel's ongoing offensive on the Gaza Strip has prompted some of his fellow Democrats to strongly oppose it. The measure is almost certain to fail with the congressional review period for the sale closing on Friday. But it will nonetheless serve as a symbolic gesture of growing opposition to U.S. military aid for Israel among Democrats.

Congress members can still stop or modify the sale after the review period has concluded up until the point of delivery, according to Ocasio-Cortez's office.

Biden told Netanyahu during a bilateral call earlier on Wednesday that he expects Israel to de-escalate its military offensive on the Gaza Strip today "on the path to a cease-fire," the White House said.

Netanyahu, however, appears to have brushed aside the U.S. president's demand, saying shortly afterward that he remains "determined" to press on with the offensive. Netanyahu said the offensive will move forward in order "to return the calm and security" to Israel, according to a statement from his office.

As of Wednesday, at least 230 Palestinians had been killed – including 65 children and 39 women – in Israeli attacks on the Gaza Strip since May 10, according to the Gaza-based Health Ministry.