US expresses support for Ukraine in face of Russian aggression 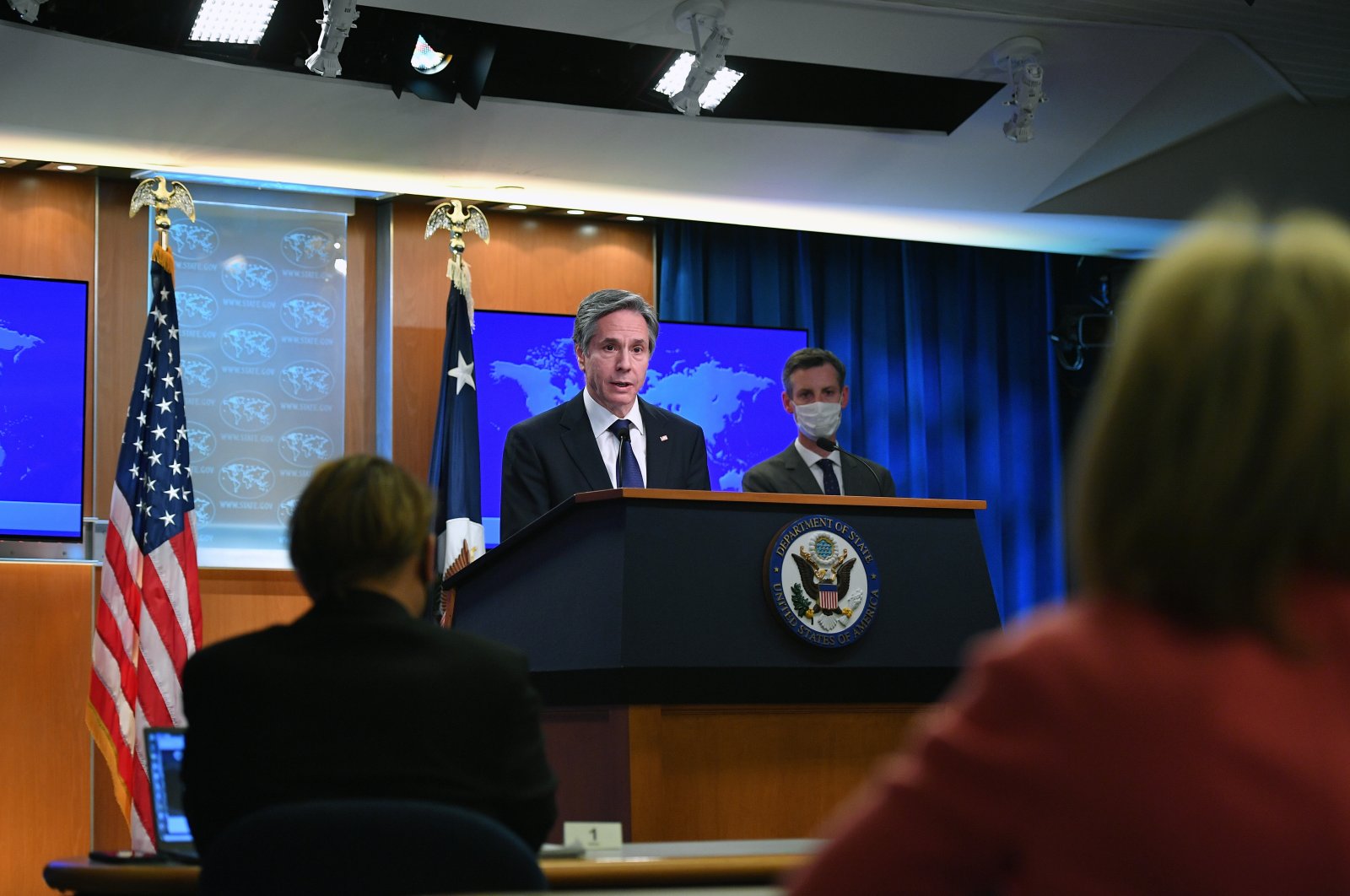 U.S. Secretary of State Antony Blinken affirmed Washington's support for Ukraine's territorial integrity as the Biden administration on Wednesday expressed concern about what it called escalations of Russian aggression in eastern Ukraine, where Ukrainian forces have been fighting Russian-backed separatists since 2014.

Blinken spoke by phone with Ukrainian Foreign Minister Dmytro Kuleba, and Gen. Mark Milley, the chairperson of the Joint Chiefs of Staff, made calls to his Russian and Ukrainian counterparts.

Blinken expressed the administration's "unwavering support for Ukraine’s sovereignty and territorial integrity in the face of Russia’s ongoing aggression” in eastern Ukraine and Crimea, the State Department said.

John Kirby, the Pentagon press secretary, said the U.S. government was aware of reports from the Ukrainian military of Russian troop movements on the eastern border, but he offered no details.

Kirby said the Russian escalations include violations of a July 2020 cease-fire, brokered by the Organization for Security and Co-operation in Europe, that led to the deaths of four Ukrainian soldiers in the eastern part of the country on March 26 and the wounding of two others.

The Ukrainian military said the four were killed in a mortar attack it blamed on Russian troops. Russia denies having a military presence in the region. The State Department said Blinken expressed condolences for the losses.

The OSCE's civilian Special Monitoring Mission to Ukraine has reported hundreds of cease-fire violations in recent days, including 493 on March 26 in the Donetsk region, mostly small-arms fire.

"Russia’s destabilizing actions undermine the de-escalation in tensions that had been achieved through an OSCE-brokered agreement back in July of last year,” Kirby said. "Additionally, we are aware of Ukrainian military reports concerning Russian troop movements on Ukraine’s borders.”

Kirby said Washington is discussing these concerns with NATO allies, and the State Department said it will also "reach out to Russia to request an explanation for these developments.”

Kirby said it was safe to assume that Milley raised U.S. concerns about escalating tensions and cease-fire violations.