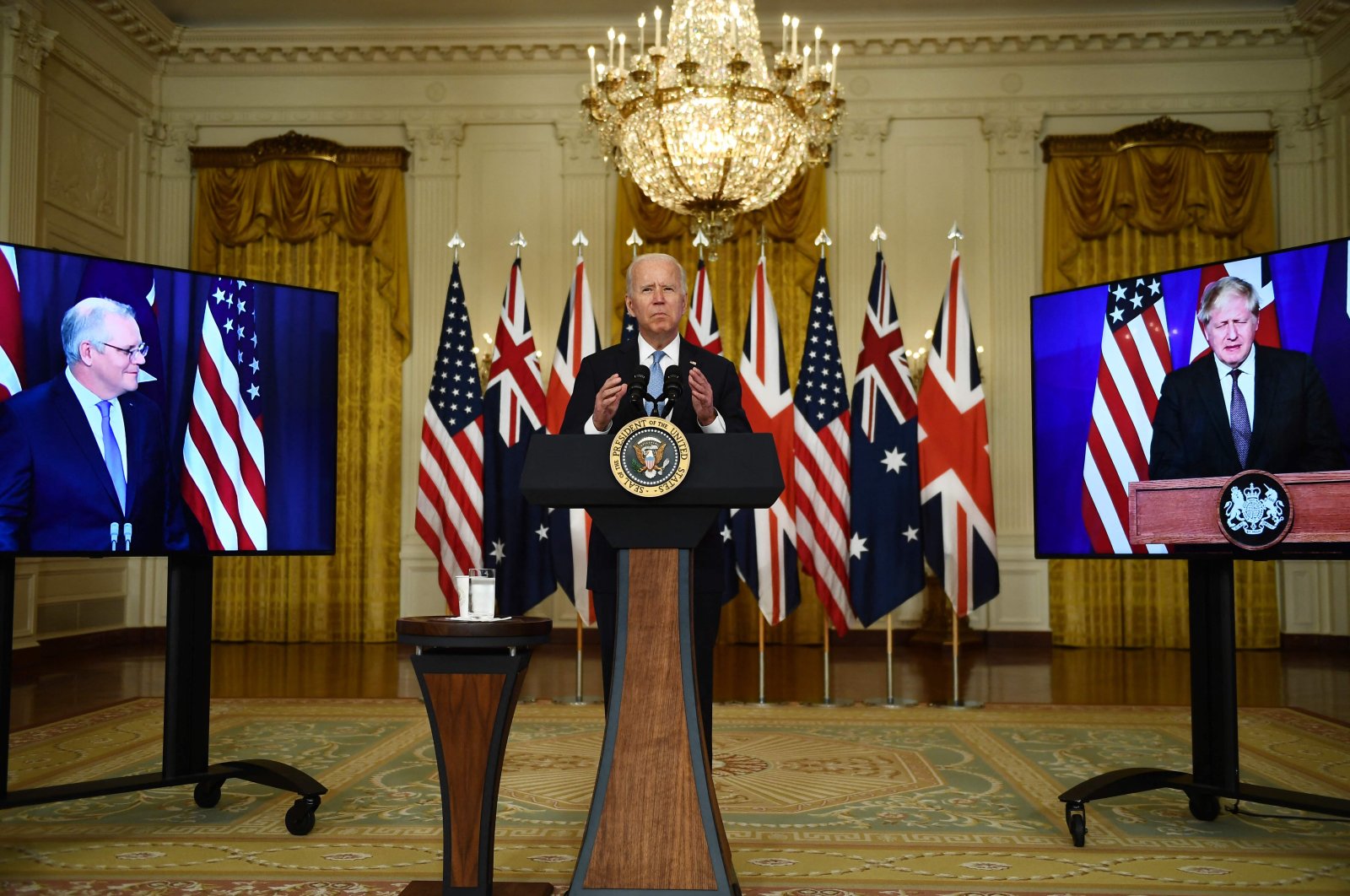 U.S. President Joe Biden's move to sign a new defense pact with Australia and the United Kingdom to form a strategic alliance in the Indo-Pacific has angered France and the European Union. They’re feeling left out and interpreting it as a return to the Trump era.

The security initiative, unveiled this week, appears to have brought Biden’s summer of love with Europe to an abrupt end. AUKUS, which notably excludes France and the EU, is just the latest in a series of steps, from Afghanistan to east Asia, that has taken Europe aback.

After promising European leaders that “America is back” and that multilateral diplomacy would guide U.S. foreign policy, Biden has alienated numerous allies with a go-it-alone approach on key issues. France’s foreign minister expressed “total incomprehension” at the recent move, which he called a “stab in the back,” and the EU’s foreign policy chief complained that Europe had not been consulted.

France will lose a nearly $100 billion deal to build diesel submarines for Australia under the terms of the initiative, which will see the U.S. and Britain help Canberra construct nuclear-powered ones.

As such, French anger on a purely commercial level would be understandable, particularly because France, since Britain’s handover of Hong Kong to China in 1997, is the only European nation to have significant territorial possessions or a permanent military presence in the Pacific.

But French and European Union officials went further, saying the agreement calls into question the entire cooperative effort to blunt China’s growing influence and underscores the importance of languishing plans to boost Europe’s own defense and security capabilities.

Some have compared Biden's recent actions to those of his predecessor, Donald Trump, under Trump's “America First” doctrine. That's surprising for a president steeped in international affairs who ran for the White House vowing to mend shaken ties with allies and restore U.S. credibility on the world stage.

Although it's impossible to predict if any damage will be lasting, the short-term impact seems to have rekindled European suspicions of American intentions – with potential implications for Biden's broader aim to unite democracies against authoritarianism, focused primarily on China and Russia.

Just three months ago, on his first visit to the continent as president, Biden was hailed as a hero by European counterparts eager to move beyond the trans-Atlantic tensions of the Trump years. But that palpable sense of relief has now faded for many, and it's one clear winner, German Chancellor Angela Merkel, is on her way out.

Since June, Biden has infuriated America's oldest ally, France, left Poland and Ukraine questioning the U.S. commitment to their security and upset the European Union more broadly with unilateral decisions ranging from Afghanistan to east Asia. And, while Europe cheered when Biden pledged to return to nuclear negotiations with Iran and revive Israeli-Palestinian peace talks, both efforts remain stalled nine months into his administration.

The seeds of discontent may have been sown in the spring but they began to bloom in July over Biden's acquiescence to a Russia-to-Germany gas pipeline that will bypass Poland and Ukraine, and a month later in August with the chaotic U.S. withdrawal from Afghanistan that left Europe scrambling to keep up after it had expressed reservations about the pullout.

Then just this week, Biden enraged France and the EU with his announcement that the U.S. would join post-Brexit Britain and Australia in a new Indo-Pacific security initiative aimed at countering China's increasing aggressiveness in the region.

Unsurprisingly, China reacted angrily, accusing the U.S. and its English-speaking partners of embarking on a project that will destabilize the Pacific to the detriment of global security. But, the reactions from Paris and Brussels were equally severe. Both complained they were not only excluded from the deal but not consulted on it.

The White House and Secretary of State Antony Blinken say France had been informed of the decision before it was announced on Wednesday, although it was not exactly clear when. Blinken said Thursday there had been conversations with the French about it within the past 24 to 48 hours, suggesting there had not been an in-depth consultation.

French Foreign Minister Jean-Yves Le Drian, who in June extolled the “excellent news for all of us that America is back,” expressed “total incomprehension” at the announcement of the initiative. “It was really a stab in the back," he said. “It looks a lot like what Trump did.”

White House press secretary Jen Psaki dismissed the comparison. “I would say the president doesn’t think about it much,” she told reporters. “The president’s focus is on maintaining and continuing our close relationships with leaders in France, with the United Kingdom, with Australia and to achieving our global objectives, which include security in the Indo-Pacific.”

In Brussels, EU foreign policy chief Josep Borrell echoed the French minister's complaints. “I suppose that an agreement of this nature was not cooked up the day before yesterday. It takes a certain amount of time, and despite that, no, we were not consulted,” he said. "That obliges us, once again ... to reflect on the need to put European strategic autonomy high on the agenda.”

Indeed, the 27-member European Union on Thursday unveiled a new strategy for boosting economic, political and defense ties in the Indo-Pacific, just hours after the announcement by the U.S., Britain and Australia. The EU said the aim is to strengthen and expand economic relations while reinforcing respect of international trade rules and improving maritime security. It said it hopes the strategy will result in more European naval deployments to the region.

U.S. officials brushed aside the French and EU complaints on Thursday.

Speaking alongside Defense Secretary Lloyd Austin and the Australian defense and foreign ministers, Blinken said there “is no regional divide” with Europe over Indo-Pacific strategy. “We welcome European countries playing an important role in the Indo-Pacific,” he said, calling France a “vital partner."

But how closely they will work together remains to be seen.