US govt in limbo as Pelosi delays vote on Biden’s $3.5T bill 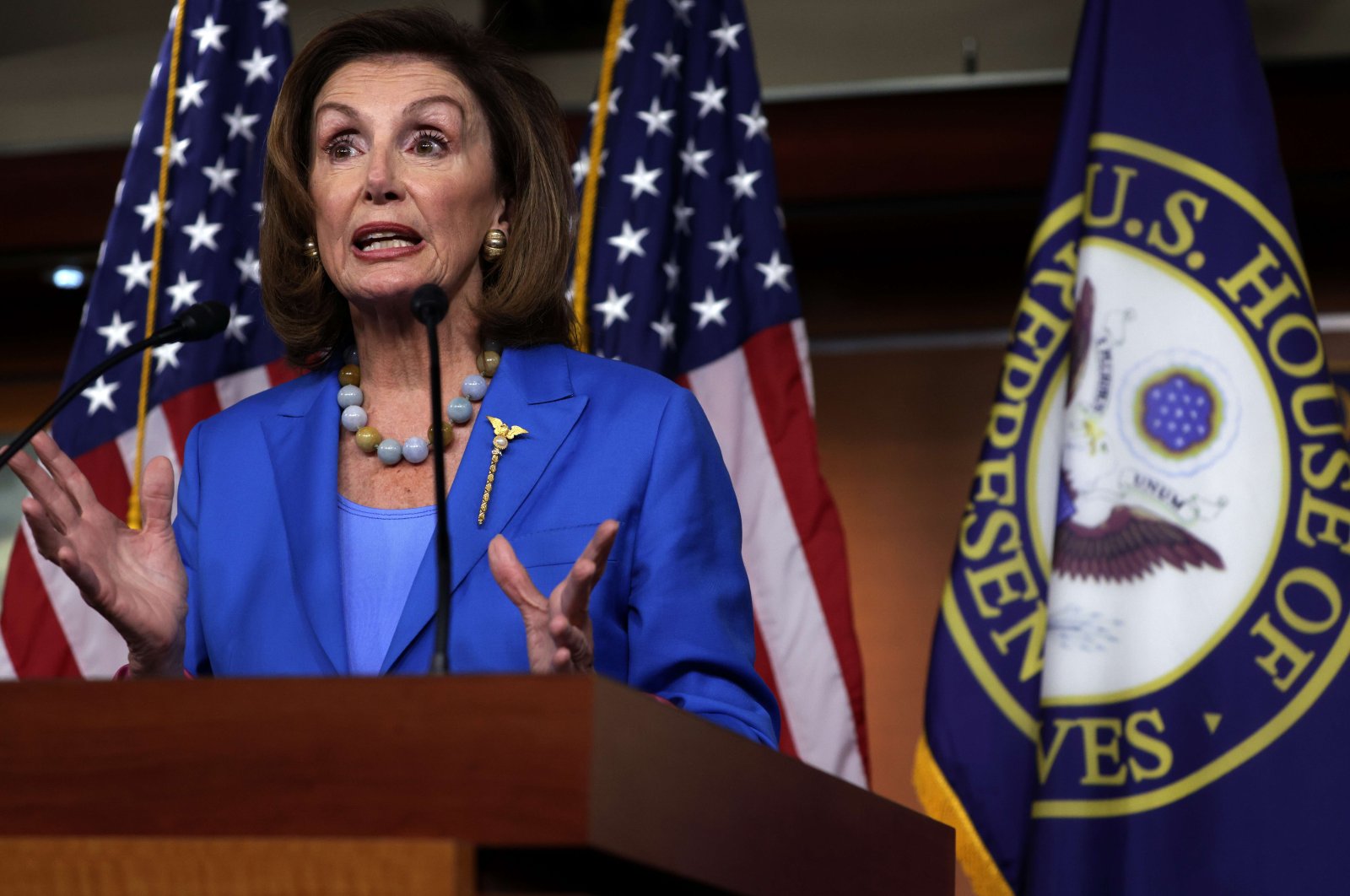 Despite a long night of frantic negotiations, Democrats in the United States were unable to reach an immediate deal to salvage President Joe Biden’s $3.5 trillion government overhaul, forcing leaders to call off promised votes on a related public works bill.

Action is to resume Friday. Speaker Nancy Pelosi had pushed the House into an evening session and top White House advisers huddled for talks at the Capitol as the Democratic leaders worked late Thursday to negotiate a scaled-back plan that centrist holdouts would accept.

Biden had cleared his schedule for calls with lawmakers but it appeared no deal was within reach, particularly with Democratic Sen. Joe Manchin. Manchin refused to budge, the West Virginia centrist holding fast to his earlier declaration that he was willing to meet the president less than halfway – $1.5 trillion.

"I don’t see a deal tonight. I really don’t,” Manchin told reporters as he left the Capitol.

Deeply at odds, the president and his party are facing a potentially embarrassing setback – if not politically devastating collapse of the whole enterprise – if they cannot resolve the standoff over Biden's big vision.

At immediate risk was a promised vote on the first piece of Biden’s proposal, a slimmer $1 trillion public works bill that is widely supported but has faltered amid stalled talks on his more ambitious package.

Progressives were refusing to back the roads-and-bridges bill they view as insufficient unless there’s progress on Biden’s broader plan that’s the heart of the Democratic agenda. With support, leaders canceled a promised Thursday night vote, and said the House would be back in session Friday, Pelosi called it a "day of progress” in a letter to colleagues, but offered few other words on the path forward.

White House press secretary Jen Psaki released a statement saying: "A great deal of progress has been made this week, and we are closer to an agreement than ever. But we are not there yet, and so, we will need some additional time to finish the work, starting tomorrow morning first thing.”

The political stakes could hardly be higher. Biden and his party are reaching for a giant legislative accomplishment – promising a vast rewrite of the nation’s tax and spending plans – with a so-slim majority in Congress.

The president's sweeping proposal topped at $3.5 trillion would essentially raise taxes on corporations and the wealthy and plow that money back into government health care, education and other programs, all of it touching the lives of countless Americans. He says the ultimate price tag is zero, because the tax revenue covers the spending costs.

With Biden working the phones and top White House officials shuttling at the Capitol, talk swirled of the Democratic leaders trying to ease off the stalemate by reaching a broader deal, a compromise with Manchin and Sen. Kyrsten Sinema of Arizona, two centrist Democrats who are the linchpins to Biden's goals.

The idea was to produce the contours of an agreement over Biden’s broader package, proceed with the $1 trillion public works bill and negotiate the rest of Biden’s big health care, education and climate change bill in the days to come.

Lawmakers were told to stick around for possible late-night votes. But as the night dragged on, it became clear that Manchin was not on board with a higher figure and chiseling away at that $3.5 trillion topline risked losing progressive leaders who said they have already compromised enough and saw no reason to rush a deal to bring the centrists around to supporting the president's agenda.

"We’ve been fighting for transformative legislation as all of you know, these discussions have gone on for month after month after month,” said Sen. Bernie Sanders, I-Vt., the chairperson of the Budget Committee and a leading progressive lawmaker.

"This is not a baseball game. This is the most significant piece of legislation in 70 years." All this on a day that saw a partial win for Democrats, with Congress passing and Biden signing legislation to keep the government running past Thursday’s fiscal yearend deadline and avert a federal shutdown that had been threatened by Republican blockades.

The public works bill is one piece of that broader Biden vision, a $1 trillion investment in routine transportation, broadband, water systems and other projects bolstered with extra funding. It won bipartisan support in the Senate but has now become snared by the broader debate.

Attention remains squarely focused on Manchin and Sinema, two centrist Democrats who helped steer that bipartisan bill to passage, but have concerns that Biden's overall bill is too big. The two senators have infuriated colleagues by not making any counter-proposals public. Under scrutiny, Manchin called an impromptu press conference Thursday outside the Capitol, insisting he has been clear from the start.

"I'm willing to sit down and work on the $1.5," Manchin told reporters, as protesters seeking a bigger package and Biden's priorities chanted behind him. Manchin said he told the president as much during their talks this week, and confirmed that he put his views to paper during earlier talks this summer with Schumer. It's not just Manchin's demands to reduce the overall size, but the conditions he wants placed on new spending that will rile his more liberal colleagues as he works to ensure the aid goes only to lower-income people, rather than broader swaths of Americans.

Tensions spiked late Wednesday when Manchin sent out a fiery statement, decrying the broad spending as "fiscal insanity.” Sinema was similarly working to stave off criticism and her office said claims that she has not been forthcoming are "false” – though she has not publicly disclosed her views over what size package she wants and has declined to answer questions about her position.

Sinema has put dollar figures on the table and "continues to engage directly in good-faith discussions” with both Biden and Schumer, spokesperson John LaBombard said in a statement. Democrats’ campaign promises on the line, the chairwoman of the Congressional Progressive Caucus, Rep. Pramila Jayapal, said exiting Pelosi’s office that the progressives’ views were unchanged – they won't vote for one bill without the other and would stay all weekend to get a deal. "Inaction is insanity," said Rep. Ilhan Omar, D-Minn., another progressive leader, pointing her criticism clear at Manchin's remarks.

"Trying to kill your party’s agenda is insanity. Not trying to make sure the president we all worked so hard to elect, his agenda pass, is insanity.” Centrists warned off canceling Thursday’s vote as a "breach of trust that would slow the momentum in moving forward in delivering the Biden agenda,” said Rep. Stephanie Murphy, D-Fla., a leader of the centrist Blue Dog Democrats.

With Republicans opposed in lockstep to the president's big plan, deriding it as slide to socialist-style spending, Biden is reaching for a deal with members of his own party for a signature legislative accomplishment.

Biden insists the price tag actually will be zero because the expansion of government programs would be largely paid for with higher taxes on corporations and the wealthy – businesses earning more than $5 million a year, and individuals earning more than $400,000 a year, or $450,000 for couples.