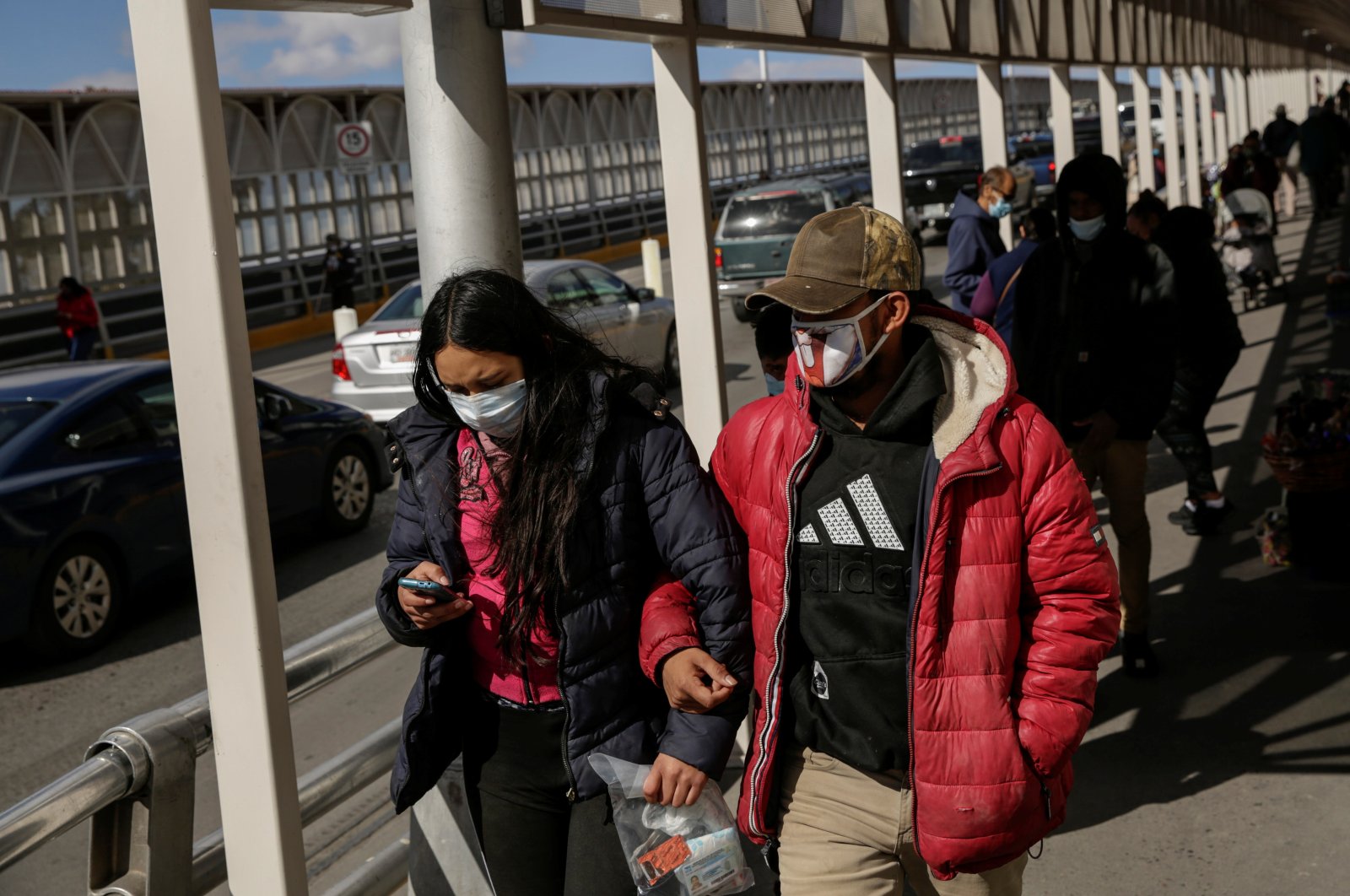 Migrants walk across the Paso del Norte border bridge after being deported from the United States, in Ciudad Juarez, Mexico Jan. 25, 2021. (Reuters Photo)
by ASSOCIATED PRESS Jan 27, 2021 10:28 am
RECOMMENDED

A U.S. federal judge banned the government on Tuesday from imposing a 100-day moratorium on deportation, which is President Joe Biden's key immigration priority.

U.S. District Judge Drew Tipton issued a temporary restraining order sought by Texas, which sued on Friday against a Department of Homeland Security memo that instructed immigration agencies to pause most deportations. Tipton said the Biden administration had failed "to provide any concrete, reasonable justification for a 100-day pause on deportations.”

Tipton's order is an early blow to the Biden administration, which has proposed far-reaching changes sought by immigration advocates, including a plan to legalize an estimated 11 million immigrants living in the U.S. illegally. Biden promised during his campaign to issue the moratorium.

The order represents a victory for Texas' Republican leaders, who often sued to stop programs enacted by Biden's Democratic predecessor, President Barack Obama. It also showed that just as Democratic-led states and immigration groups fought former President Donald Trump over immigration in court, often successfully, so too will Republicans with Biden in office.

While Tipton’s order bars enforcement of a moratorium for 14 days, it does not require deportations to resume at their previous pace. Immigration agencies typically have latitude in processing cases and scheduling removal flights.

The Department of Homeland Security referred a request for comment to the White House, which issued a statement saying the moratorium was "wholly appropriate.”

David Pekoske, the acting Homeland Security secretary, signed a memo on Biden's first day directing immigration authorities to focus on national security and public safety threats as well as anyone apprehended entering the U.S. illegally after Nov. 1. That was a reversal from Trump administration policy that made anyone in the U.S. illegally a priority for deportation.

The 100-day moratorium went into effect Friday and applied to almost anyone who entered the U.S. without authorization before November. Texas Attorney General Ken Paxton argued that the moratorium violated federal law as well as an agreement Texas signed with the Department of Homeland Security late in the Trump administration.

That agreement required Homeland Security to consult with Texas and other states before taking any action to "reduce, redirect, reprioritize, relax or in any way modify immigration enforcement.” The Biden administration argued in court filings that the agreement is unenforceable because "an outgoing administration cannot contract away that power for an incoming administration.”

Paxton’s office, meanwhile, submitted a Fox News opinion article as evidence that "refusal to remove illegal aliens is directly leading to the immediate release of additional illegal aliens in Texas.”

Tipton, a Trump appointee, wrote that his order was not based on the agreement between Texas and the Trump administration, but federal law to preserve the "status quo” before the DHS moratorium.

Paxton has championed conservative and far-right causes in court, including a failed lawsuit seeking to overturn Biden's victory over Trump, as he himself faces an FBI investigation over accusations by top former aides that he abused his office at the service of a donor. In response to the order, Paxton tweeted "VICTORY” and described the deportation moratorium as a "seditious left-wing insurrection,” an apparent reference to the Jan. 6 insurrection in which Trump supporters stormed the Capitol as Congress was certifying Biden’s victory.

The House has since impeached Trump for incitement of the siege.

Five people died in the Capitol riot, including a Capitol Police officer. Kate Huddleston of the American Civil Liberties Union of Texas criticized Paxton and argued his lawsuit shouldn’t be allowed to proceed.

"The administration’s pause on deportations is not only lawful but necessary to ensure that families are not separated and people are not returned to danger needlessly while the new administration reviews past actions,” Huddleston said in a statement.