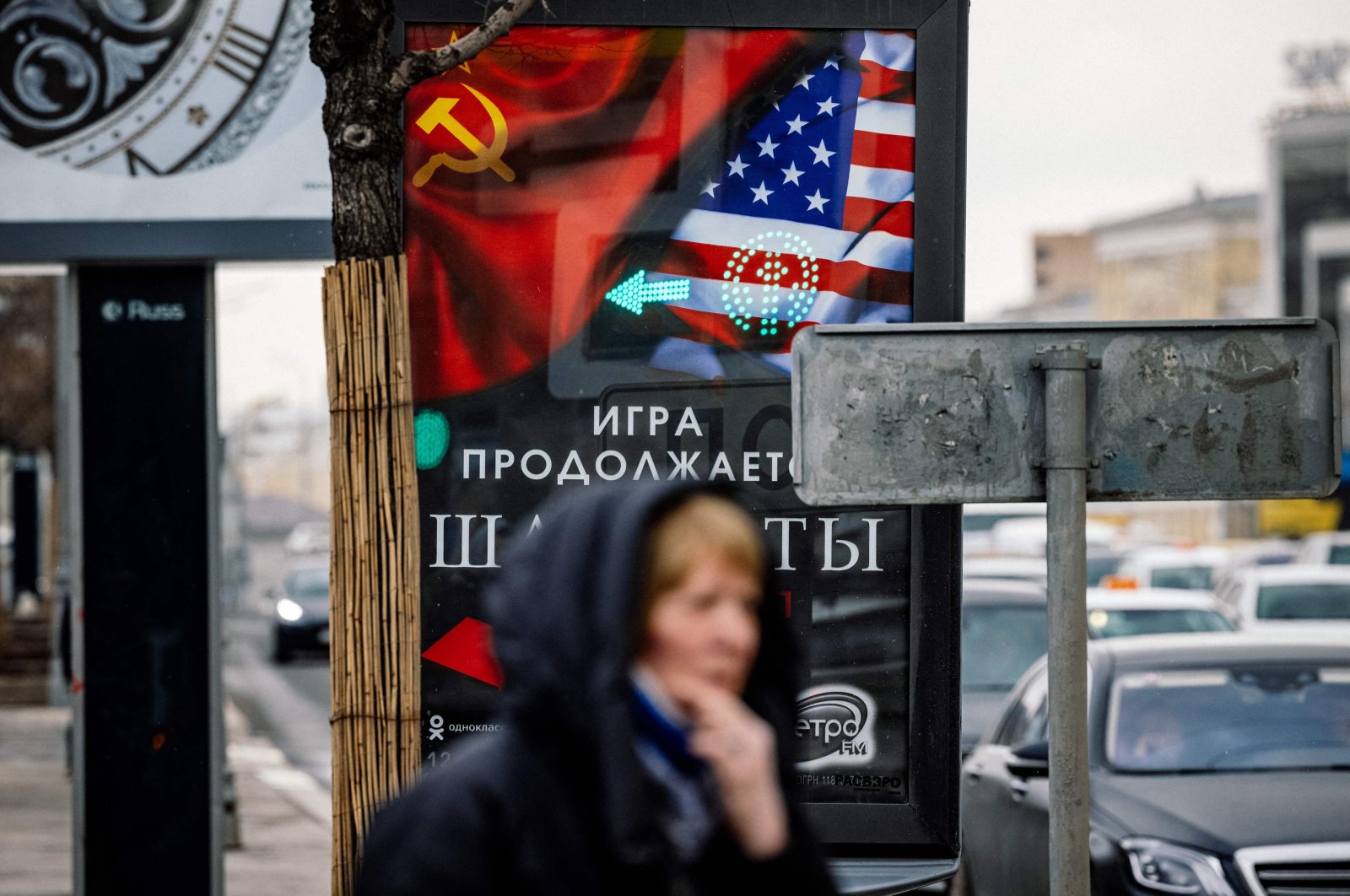 The ties between Washington and Moscow plummeted this week after U.S. President Joe Biden called his Russian counterpart Vladimir Putin a “killer,” which prompted a backlash from the Kremlin, resulting in the calling back of the Russian ambassador from the U.S.

It is impossible to ignore Biden’s comments, the Kremlin said Friday, adding that Russia always “hopes for the best but prepares for the worst.”

The Kremlin also reiterated Putin’s invitation to Biden for an online event to discuss ongoing issues.

The back and forth underscored Biden's desire to distance himself from former President Donald Trump's perceived softness on Putin despite actions his administration took against Russia. Although Biden agreed to extend a major arms control deal with Russia, he has been notably cool toward Moscow and highly critical of many of its activities.

In taking a tough stance on Russia, Biden has said the days of the U.S. “rolling over” to Putin are done. And he has taken pains to contrast his style with the approach of Trump, who avoided direct confrontation and frequently spoke about Putin with approval.

In an interview broadcast Wednesday, Biden replied “I do” when asked if he thought Putin was a “killer.” Also Wednesday, U.S. intelligence released a report finding that Putin authorized influence operations to help Trump's reelection bid.

Later that day, Putin recalled his ambassador to the U.S. and on Thursday he pointed at the U.S. history of slavery and slaughtering Native Americans and the atomic bombing of Japan in World War II. “Otherwise, where would the Black Lives Matter movement come from?” he said, citing racial injustice and the killing of African Americans.

Responding to that, the White House said Biden would continue to look to work with Putin on areas of mutual concern but stressed that he was “not going to hold back” when he has concerns about Putin’s actions.

Putin had been asked about Biden’s comment during a video call marking the anniversary of Russia's 2014 annexation of Crimea, and he responded along the lines of “it-takes-one-to-know-one,” saying his counterpart's words reflected the United States’ own problems. At the same time, he offered to have a phone call with Biden to discuss issues of mutual interest.

White House press secretary Jen Psaki said Biden would continue to look to cooperate on efforts to stem Iran’s nuclear program and, more broadly, nuclear nonproliferation. But she said Biden did not regret referring to Putin as a killer and pushed back against suggestions that the rhetoric was unhelpful.

“President Biden has known President Putin for a long time,” Psaki said. “They’ve both been on the global stage for a long time, worked through many iterations of a relationship between the United States and Russia. And he believes we can continue to do that.”

“The president believes that one of the greatest attributes of the United States is our honest self-reflection and our constant striving for progress, and there’s always more work to do,” she said.

The exchange of tough statements follows a declassified report from the U.S. national intelligence director’s office that found Putin authorized influence operations to try to help Trump in his failed bid to win reelection in November. The Kremlin has dismissed the report as baseless.

“(Putin) will pay a price,” Biden said in the interview when asked about the declassified report.

Biden’s administration warned that Russia would face sanctions soon over its attempt to influence the election and the massive SolarWinds hacks.

The spiraling tensions have brought U.S.-Russia relations to the point where they were at the end of President Barack Obama's administration, a chilly strain that differed markedly from Trump’s efforts to court Putin.

Asked what he would tell Biden in response to his remarks, Putin said: “I would tell him: ‘Be well.’ I wish him health, and I say that without any irony or joking.”

He noted that Russia would still cooperate with the United States where and when it supports Moscow’s interests, adding that “a lot of honest and decent people in the U.S. want to have peace and friendship with Russia.”

“I know that the U.S. and its leadership is generally inclined to have certain relations with us, but only on issues that are of interest to the U.S. and on its conditions,” Putin said. “But we know how to defend our own interests, and we will work with them only in the areas we are interested in and on conditions we see as beneficial to ourselves. And they will have to reckon with it.”

Speaking in separate comments later Thursday, Putin said he would ask the Foreign Ministry to arrange a call with Biden in the next few days to discuss the coronavirus pandemic, regional conflicts and other issues.

“We must continue our relations,” he noted. “Last time, President Biden initiated a call and now I would like to offer President Biden to continue our discussions. It would be in the interest of both the Russian and U.S. people and other countries, bearing in mind that we bear a special responsibility for global security as the largest nuclear powers.”