US seeks seat on UN rights council that Trump abandoned 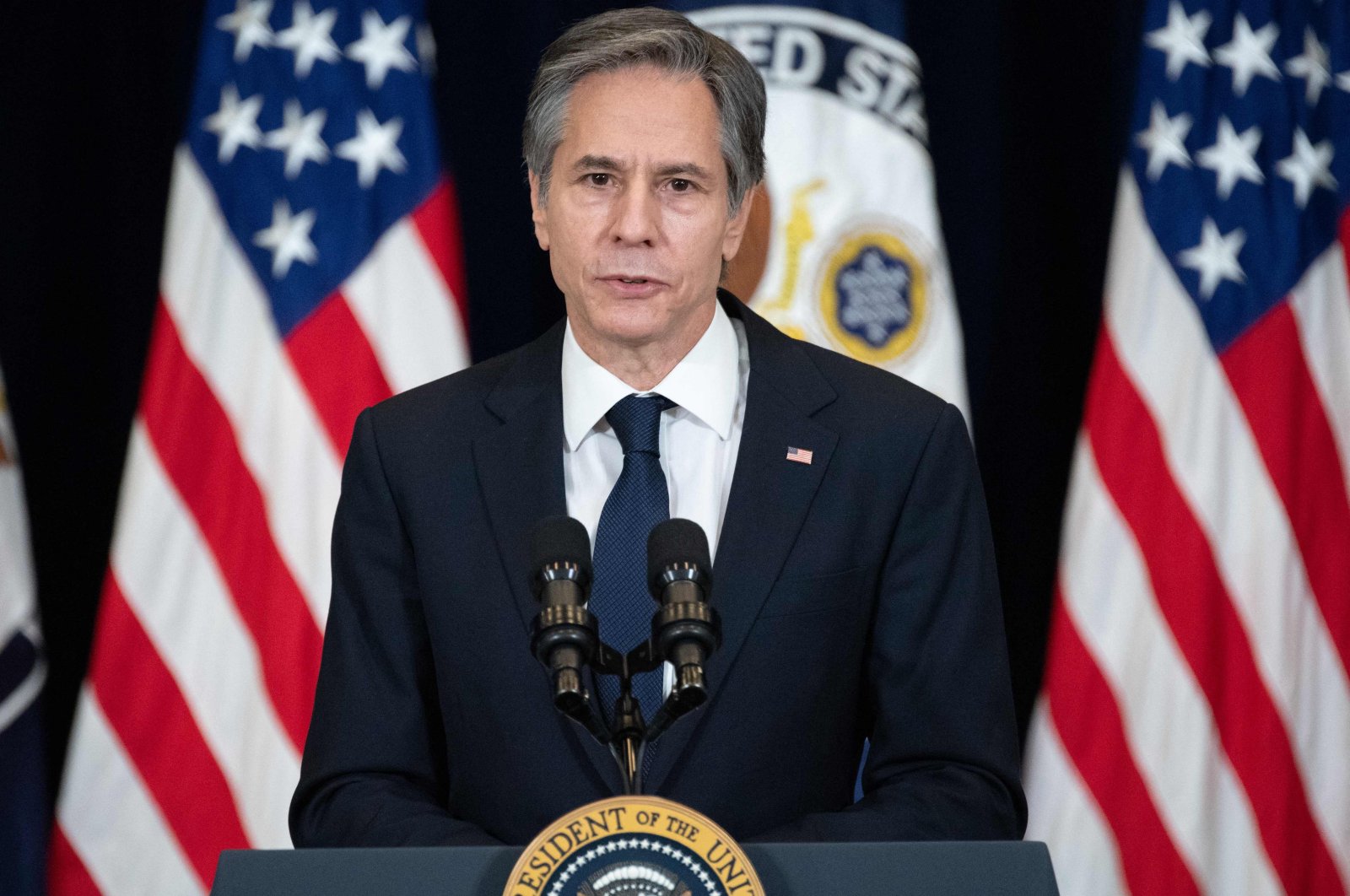 U.S. Secretary of State Antony Blinken said Wednesday the United States will vie for a seat at the U.N.'s human rights body, which would cement a U.S. return to a Geneva-based body that was shunned by the Trump administration.

The top U.S. diplomat said his country will seek a three-year term starting next year at the Human Rights Council, and acknowledged it needs reform, particularly to end its "disproportionate” focus on Israel – the only country whose rights record comes up for scrutiny at every one of its thrice-yearly meetings.

In a video message, Blinken raised concerns about countries including Myanmar, which has faced international criticism over a military coup last month, China over its Xinjiang region and Russia after the jailing of opposition leader Alexei Navalny and demonstrators during protests against President Vladimir Putin’s government.

"The United States is placing democracy and human rights at the center of our foreign policy because they’re essential for peace and stability,” Blinken said, adding that "the United States will seek election to the Human Rights Council for the 2022 to 2024 term.”

The U.N. General Assembly makes the final choice in a vote that generally takes place in October every year to fill vacant seats at the 47-member-state council. The U.S., which currently has "observer status,” will seek one of three full-member seats left vacant when the current terms of Austria, Denmark and Italy – from the "Western Europe and other states group” – expire at the end of this year.

In mid-2018, then President Donald Trump pulled the U.S. out of the council over its excessive focus on Israel, which has received the largest number of critical council resolutions against any country by far, and because it failed to meet an extensive list of reforms demanded by Nikki Haley, the then-U.S. ambassador to the U.N. The Trump administration also took issue with the body’s membership, which currently includes China, Cuba, Eritrea, Russia and Venezuela, all of which have been accused of human rights abuses.

Echoing such concerns, Blinken said countries "with the worst human rights record should not be members of this council.” He also repeated U.S. calls for an end to the council's regular agenda item, known as Item 7, that focuses on Israel and the Palestinian territories.

He added that Washington would "continue to call out abuses in places like Venezuela, Nicaragua, Cuba and Iran” and reiterated U.S. calls for the Russian government to "immediately and unconditionally release" Alexei Navalny and other critics of President Vladimir Putin who have been "wrongly detained.”

The comments came on the last day of the "high-level segment” of the council session, which lasts until March 23. Other top speakers including Russian Foreign Minister Sergey Lavrov, who focused in large part on the impact of the COVID-19 pandemic on human rights – and took aim at Western countries. He spoke shortly before Blinken.

"The pandemic has exacerbated longstanding problems such as racism and xenophobia and discrimination against ethnic and religious minorities," Lavrov said, adding that mass demonstrations in the United States and Europe had exposed "persistent systemic inequalities.”

He also called for greater regulation of social media networks, citing what he called increasing concern about their "non-transparent policies” – echoing longstanding Russian criticism of Western social media companies like Facebook and YouTube for the way they handle content by users.

Blinken said the United States "does not claim to be perfect, but we strive every day to improve, to hold ourselves accountable, to become a more perfect union.”

"We confront our own challenges openly, transparently, for the entire world to see, sometimes as painful, sometimes ugly,” he said. "But we deal with our problems openly and fully.”