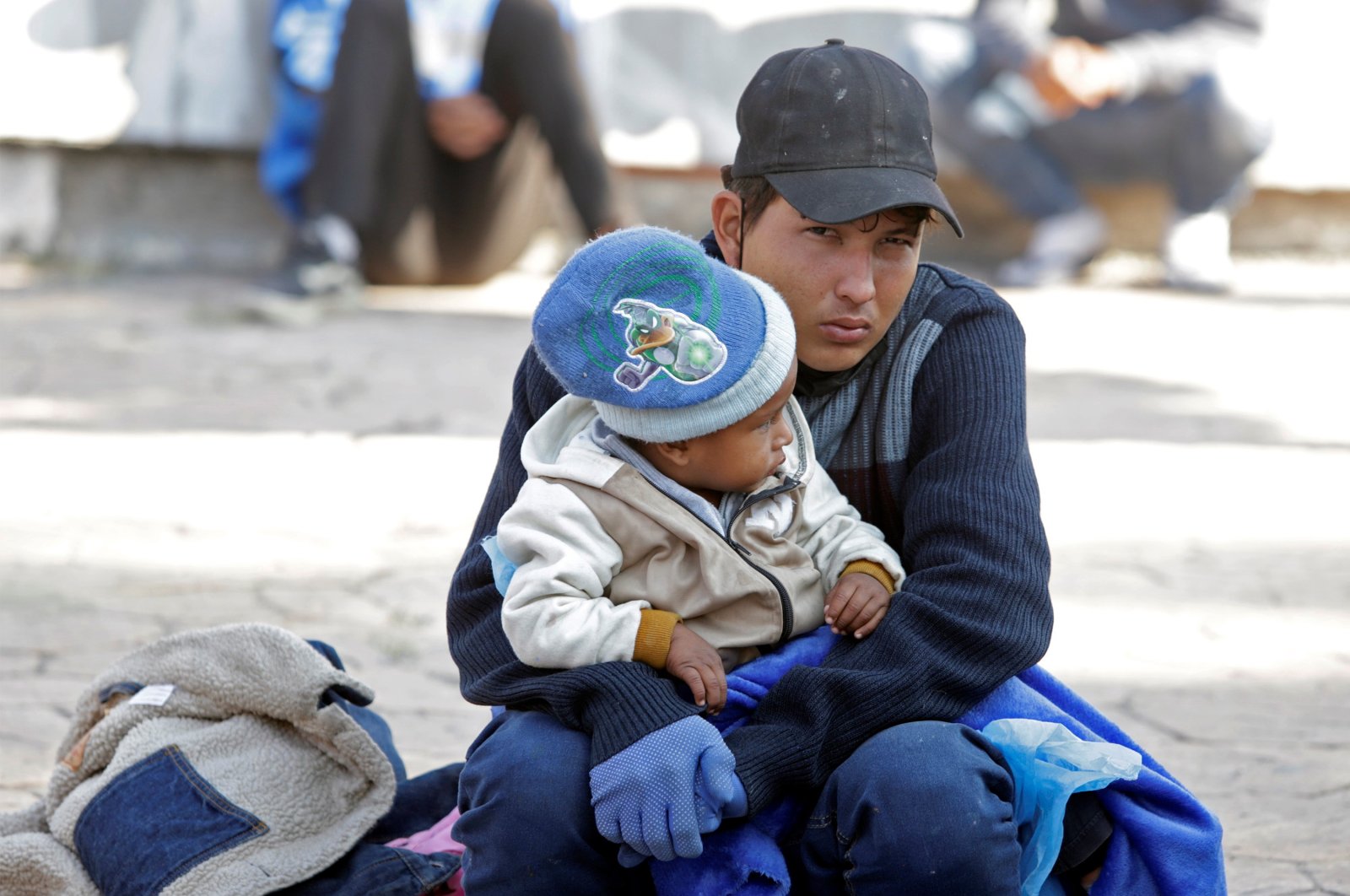 Members of the migrant caravan, which is advancing toward the U.S.-Mexico border, rest during a stop in the municipality of San Miguel Xoxtla, in the state of Puebla, Mexico, Dec. 8, 2021. (EPA File Photo)
by German Press Agency - DPA Dec 17, 2021 10:04 pm
RECOMMENDED

The United States has turned three migrant family detention centers into facilities for single migrants, in a move indicating a halt to the practice of detaining parents with their children. The move comes as the Department of Homeland Security increasingly uses alternatives to detention, such as ankle monitors and home visits, to track people released into the U.S. as their immigration cases move forward.

The agency's Alternatives to Detention programs are monitoring more than 145,000 people as of this month – an amount nearly doubled from two years ago – according to the Transactional Records Access Clearinghouse (TRAC), a nonpartisan research center at Syracuse University.

Asked about the shift, an ICE spokesperson said in an email that the agency makes "nimble" operational changes in response to evolving conditions along the Southern border. "ICE has chosen to shift its usage of the Dilley facility to focus on single adults, consistent with the administration's goals of addressing irregular migration while supporting a system of border management that is orderly, safe, and humane," the spokesperson wrote.

Earlier this year, ICE turned the Dilley and Karnes facilities into short-term "reception centers" aimed at releasing families within three days. After the final family was released from Berks in March, that facility was repurposed to hold migrant women instead. Karnes was also recently switched to detain single adults. As a presidential candidate, Biden called for an end to family detention, tweeting, "Children should be released from ICE detention with their parents immediately." Advocates for immigrants have long cited reports of poor medical treatment and sexual and physical violence at those facilities. They said the change, first reported by Axios, was encouraging but falls short of being a real end to family detention.

Silky Shah, executive director of the Detention Watch Network, said the Biden administration should implement an official policy ending the practice of family detention that would permanently close those facilities without converting them into adult detention centers. She noted that President Obama also stopped detaining parents with children at the T. Don Hutto Residential Center in Texas during his first year in office before expanding family detention at other facilities in 2014. "In the absence of an official policy end, the Biden administration is leaving the door open to reignite family detention in the future," she said in a statement.

The U.S. held 22,000 immigrants in detention as of Dec. 5, a decrease of 30,000 from June, according to TRAC, with immigrants being detained for shorter periods of time. Three-quarters of those detained have no criminal record. Border agents continue to turn back thousands of families at the border under Trump-era policies that force some migrants to "Remain in Mexico" while their cases are processed and prevent many others from seeking asylum under a pandemic-related health statute called Title 42.