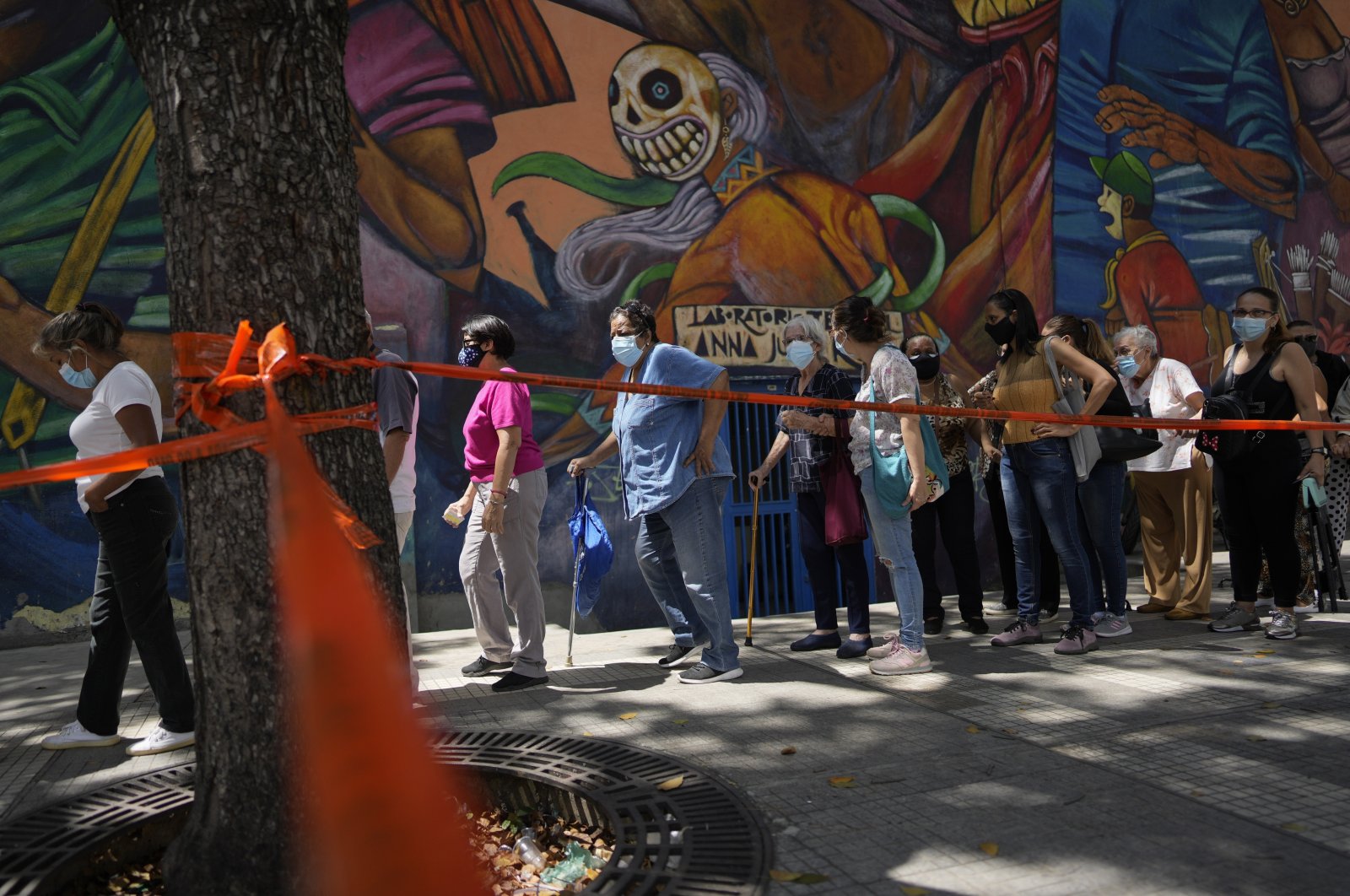 Residents stand in line to be injected with a second dose of the Sputnik V COVID-19 vaccine after more than a three-month delay, in Caracas, Venezuela, Sept. 21, 2021. (AP Photo)
by French Press Agency - AFP Sep 22, 2021 1:11 pm
RECOMMENDED

COVID-19 vaccine manufacturers are putting profits before lives, Amnesty International said on Wednesday, as it demanded 2 billion doses for poorer nations by the end of the year.

The human rights group said in a new report that United States President Joe Biden was expected to outline a pledge at the United Nations General Assembly to fully vaccinate 70% of the world's population by next September.

"We need leaders like President Biden to put billions of doses on the table and deliver the goods; otherwise, this is just another empty gesture, and lives will continue to be lost," Amnesty International chief Agnes Callamard said.

The group said AstraZeneca, BioNTech, Johnson & Johnson, Moderna, Novavax and Pfizer had all refused to share doses or technology to enable more of the world to get COVID-19 jabs. Most people in the rich world have been inoculated, but parts of Latin America, Africa and Asia have plunged into renewed crises with "tens of thousands of preventable deaths every week," Amnesty International said.

Out of 5.76 billion doses administered worldwide, only 0.3% have gone to low-income countries, with over 79% heading to upper-middle and high-income countries, it said. In letters sent to Amnesty International, all the companies pledged their support for human rights, but the report said their actions violated that commitment.

AstraZeneca and Johnson & Johnson were selling their doses at cost price, it noted. But all of the six companies had fought a bid by India and South Africa to waive vaccine-related intellectual property rights at the World Trade Organization (WTO), despite receiving hefty government support themselves.

Amnesty International launched a new campaign which it said was backed by the World Health Organization (WHO) and U.N. High Commissioner for Human Rights "to hold states and big pharma to account."

With 100 days to go till the end of the year, it said the WHO's target of vaccinating 40% of the population of low and lower-middle-income countries was at risk. It demanded richer countries redistribute "the hundreds of millions of excess doses currently sitting idle" and for vaccine developers to ensure that at least half of doses produced go to poorer countries.

"We're calling on states and pharmaceutical companies to change course drastically and to do everything needed to deliver two billion vaccines to low and lower-middle-income countries starting now," Callamard said. "Profits should never come before lives," she said.

"No one should spend another year suffering and living in fear."

According to media outlets, Biden will announce the U.S. plans to donate an additional 500 million Pfizer-BioNTech COVID-19 vaccines to the rest of the world, bringing its total commitment to 1.1 billion, officials said. The donations are being made "free of charge, no strings attached," a senior administration official said ahead of the meeting.

"For every one shot we have administered in this country to date, we are now donating three shots to other countries," she added.

In his first speech to the U.N. as president on Tuesday, Biden told delegates that the U.S. had put more than $15 billion toward the global COVID-19 response and shipped more than 160 million doses to other countries. The WHO has criticized the U.S. and other wealthy countries for their plans to roll out booster shots for elderly and high-risk populations, while much of the world faces a severe shortage in doses. But the administration official said: "We're proving that you can take care of your own, while helping others as well."