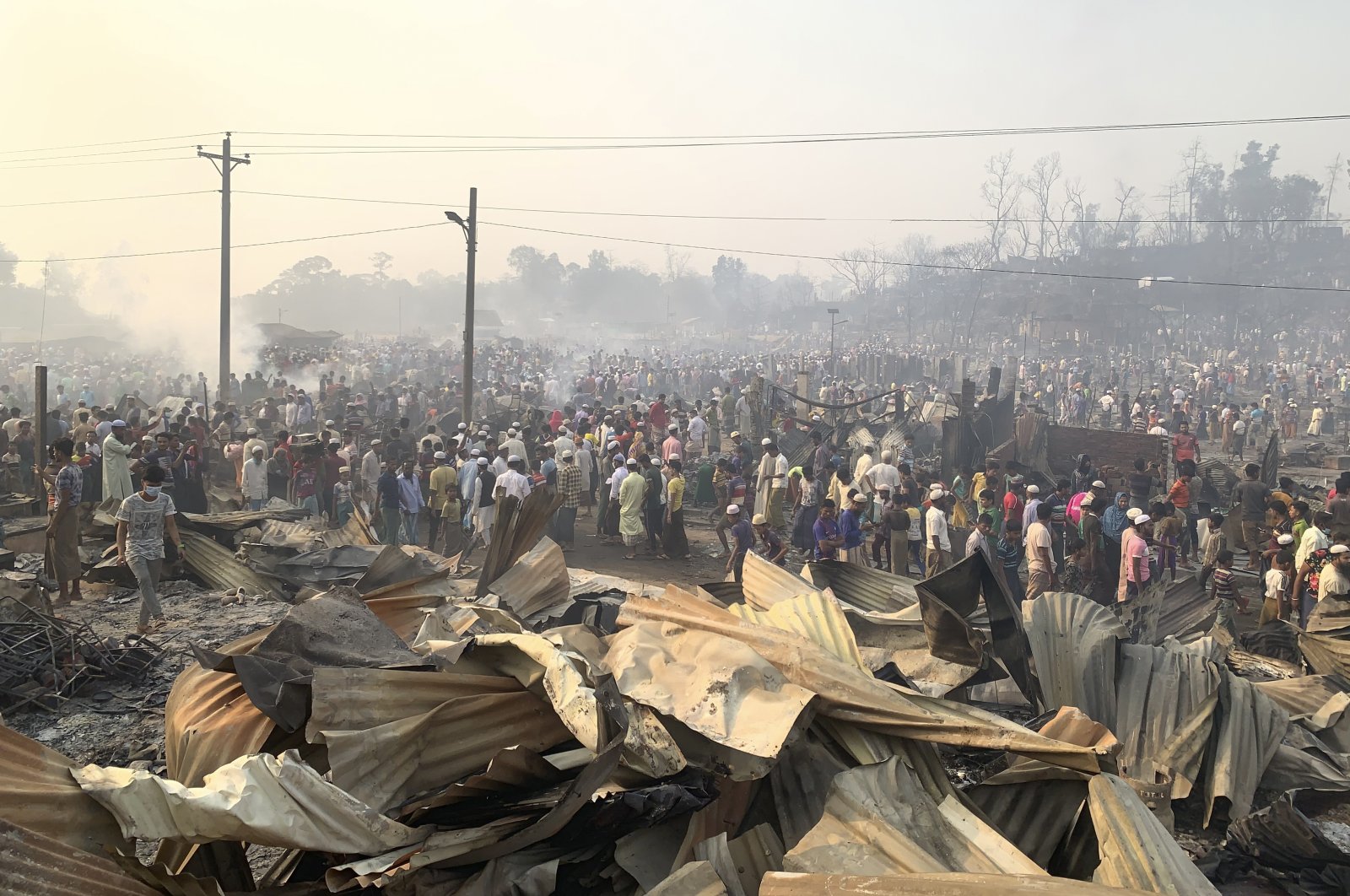 Fifteen people have so far been confirmed dead and 400 are still missing in the huge blaze at the Rohingya refugee camp in Cox's Bazar in Bangladesh, the United Nations said Tuesday.

"What we have seen in this fire is something we have never seen before in these camps. It is massive. It is devastating," Johannes van der Klaauw, the U.N. Refugee Agency's representative in Bangladesh, told reporters in Geneva via video link from Dhaka. The cause of the fire is still unknown.

"We have so far confirmed 15 people dead, 560 injured, 400 are still missing and at least 10,000 shelters have been destroyed. That means at least 45,000 people are being displaced and we now seek provisional shelter for them," Agence France-Presse (AFP) reported.

Bangladeshi officials began to investigate the cause of the massive fire on Tuesday. The fire ripped through the Balukhali camp near the southeastern town of Cox's Bazar late on Monday, burning through thousands of huts as people scrambled to save their meager possessions.

"Everything has gone. Thousands are without homes," Aman Ullah, a Rohingya refugee from the Balukhali camp, told Reuters, "The fire was brought under control after six hours but some parts of the camp could be seen with smoking all night long."

Some witnesses said that barbed wire fencing around the camp trapped many people and injuring some while trying to escape, which has led to international humanitarian agencies calling for its removal.

The vast majority of the people in the camps fled Myanmar in 2017 amid a military-led crackdown on the Rohingya that U.N. investigators said was executed with "genocidal intent," charges Myanmar denies.

The U.N.'s International Organization for Migration (IOM) said it has pledged $1 million to relief efforts but a further $20 million would be required to react to the most urgent needs.

"The fire has since subsided, but not before consuming essential facilities in the camps, shelters and the personal belongings of tens of thousands of refugees. The cause of the fire is still unknown as are the exact number of casualties," she said.

Wells said the first responders were Rohingya volunteers who helped people to safety, supporting the fire response efforts and helping the relief efforts.

IOM teams worked throughout the night to help those who fled the scene.

"Today, families have begun to return to their plots of land," Wells told reporters. "IOM is distributing emergency assistance to all those affected. This assistance includes shelter kits that will allow people to begin to rebuild their homes, as well as emergency items such as blankets, solar lights, mosquito nets and jerry cans."

"With the start of the monsoon looming, rebuilding is critical. IOM will continue to help people reconstruct durable shelters, emergency latrines and the vital health facility," she said.