Major fire breaks out at Rohingya refugee camp in Bangladesh 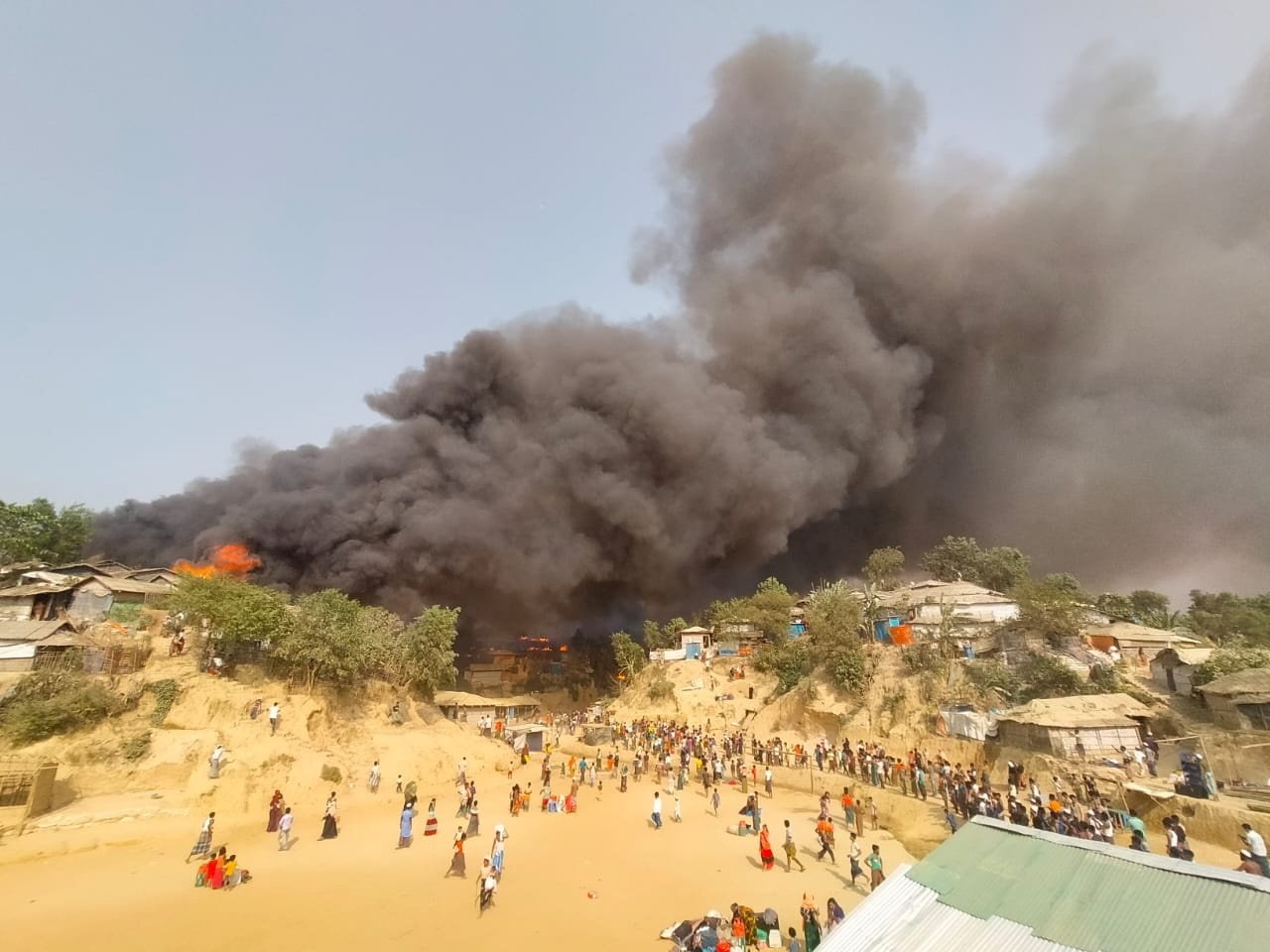 Hundreds of shanties were gutted after a massive fire broke out at the Rohingya refugee camp in southern Bangladesh Monday, according to eyewitnesses and authorities.

"We got the report of fire and we responded to the incident. We are trying to control the blaze," Mohammad Shamsud Douza, additional commissioner of the Refugee Relief and Repatriation Commission, told Anadolu Agency (AA). Meanwhile, eyewitnesses at the camp in Cox's Bazar said the fire started at around 3.30 p.m. local time (10.30 a.m. GMT) and is still burning.

"More than 700 tents have been gutted, while the fire has gone almost out of control," Mayyu Khan, Rohingya youth leader, told AA.

Video shot by a resident showed a blaze ripping through the Balukhali camp in Cox's Bazar, with people scrambling to recover their possessions amid burning shanties and tents.

"Fire services, rescue and response teams and volunteers are at the scene to try to control the fire and prevent it spreading further," said Louise Donovan, spokesperson for U.N. refugee agency UNHCR in Cox's Bazar, where refugees live in ramshackle huts.

Rohingya refugees in the camps said many homes were burned down and several people had died, but neither the authorities nor UNHCR confirmed there were any deaths. More than a million Rohingya live in the mainland camps in southern Bangladesh, the vast majority having fled Myanmar in 2017 from a military-led crackdown that U.N investigators said was executed with "genocidal intent", charges Myanmar denies.

"The fire spread so quickly that before we understood what happened, it caught our house. People were screaming and running here and there. Children were also running... crying for their family," said Tayeba Begum, a Save the Children volunteer who witnessed the fire.

Another large blaze tore through the camp in January, destroying homes but causing no casualties.

The risk of fire in the densely populated camps is high, and Monday's blaze was the largest yet, said Onno Van Manen, Country Director of Save the Children in Bangladesh.

"It is another devastating blow to the Rohingya refugees who live here. Just a couple of days ago we lost one of our health facilities in another fire," he said.

The UNHCR said humanitarian partners had mobilized hundreds of volunteers from nearby camps for the support operation, as well as fire safety vehicles and equipment.