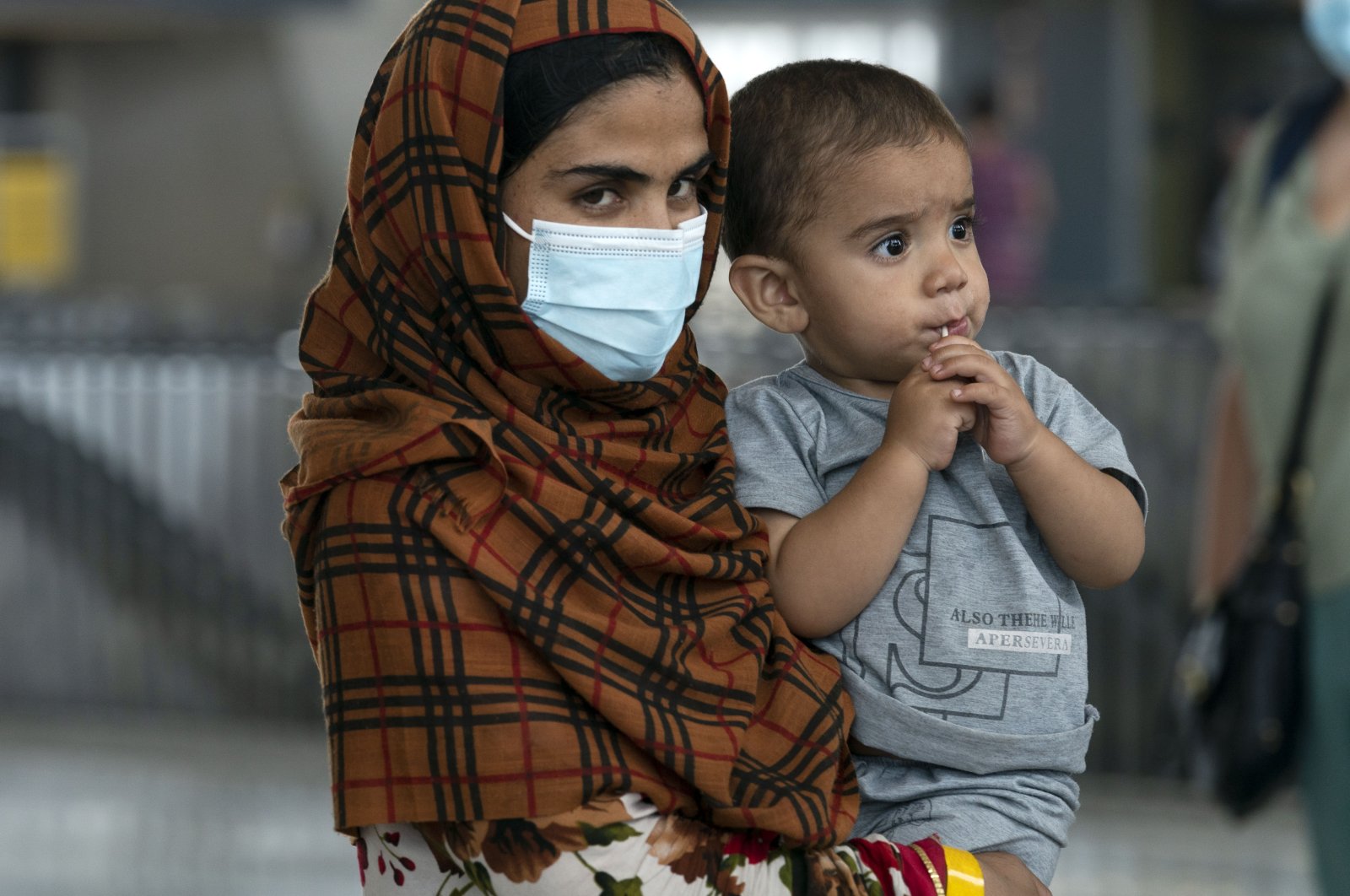 Families evacuated from Kabul, Afghanistan, walk through the terminal before boarding a bus after they arrived at Washington Dulles International Airport, in Chantilly, Virginia, U.S., Aug. 23, 2021. (AP Photo)
by Anadolu Agency Aug 24, 2021 10:42 am
RECOMMENDED

An estimated 1 million Afghan children are projected to suffer from severe acute malnutrition over the course of this year and could die without treatment, the U.N. warned Monday.

The statement said that approximately 435,000 children and women in the war-torn country, where the Taliban have taken power, are internally displaced.

"This is the grim reality facing Afghan children and it remains so regardless of ongoing political developments and changes in government,” Fore said. "We anticipate that the humanitarian needs of children and women will increase over the coming months amidst a severe drought and consequent water scarcity, the devastating socioeconomic consequences of the COVID-19 pandemic and the onset of winter."

Urging the Taliban and other parties to ensure safety, the U.N. agency responsible for providing humanitarian and developmental aid to children worldwide called for a "timely and unfettered access to reach children in need wherever they are.” Although many people fear retribution and are scrambling to flee the country, the Taliban have assured the security of foreign missions, international organizations and aid agencies.

"I would like to assure you that we will not allow anybody to do anything against you," Taliban spokesperson Zabihullah Mujahid said in the group's first press conference since taking control of Afghanistan on Aug. 15. The group promised that it respects women’s rights "within the framework of Islamic law."

"They are going to be working with us, shoulder-to-shoulder with us. The international community, if they have concerns, we would like to assure them that there’s not going to be any discrimination against women, but of course within the frameworks that we have," he said.