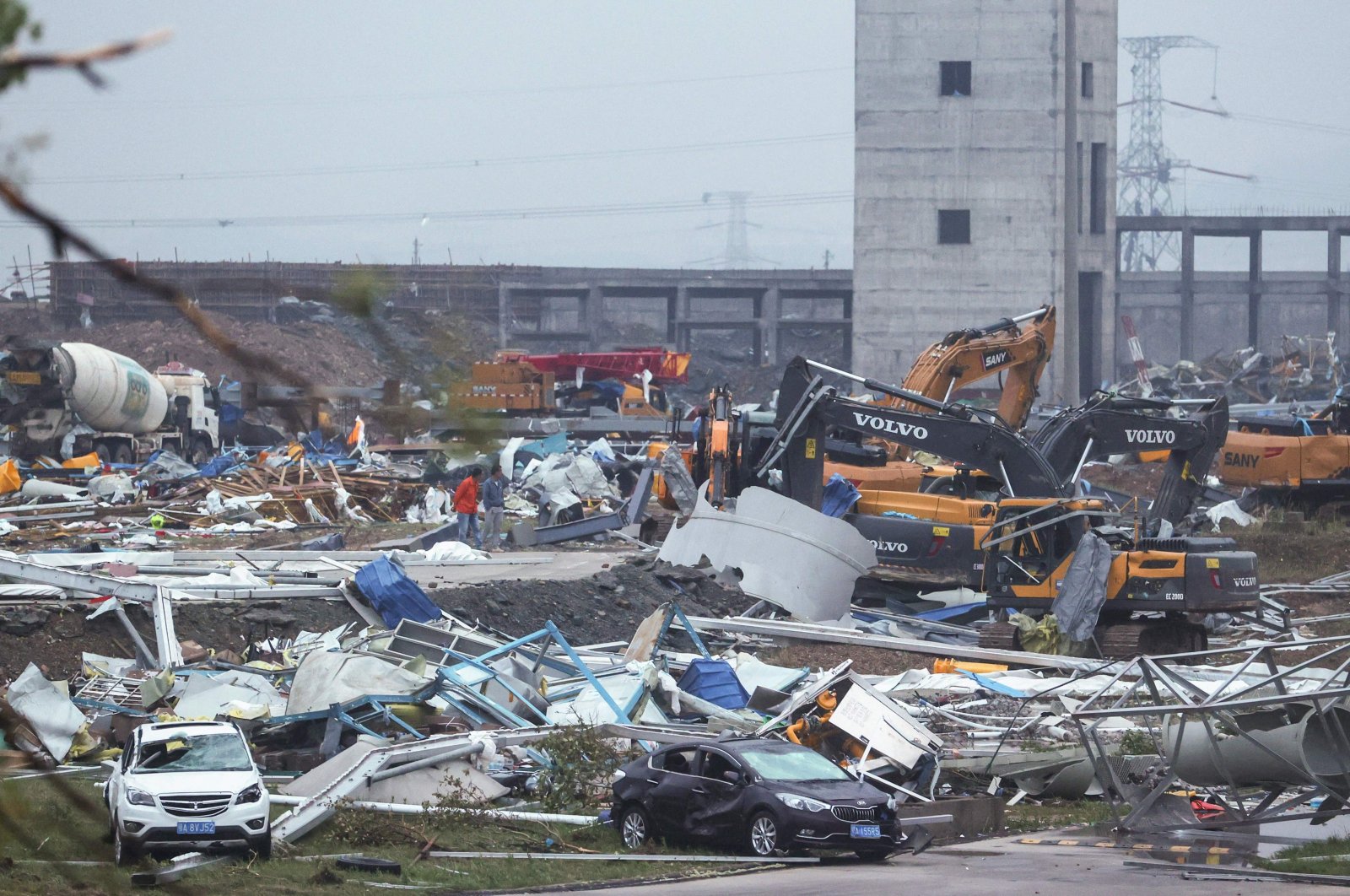 Damaged vehicles and debris are pictured at a construction site after a tornado hit an economic zone in Wuhan, central Hubei province, China, May 15, 2021. (AFP Photo)
by French Press Agency - AFP May 15, 2021 12:05 pm

Violent winds of more than 260 kilometers per hour (160 miles per hour) blasted the central city of Wuhan on Friday night. Wuhan is famous as the epicenter of the coronavirus outbreak.

Eight people died and more than 280 were injured there, authorities said, adding that around 30 homes had collapsed.

The gale damaged two construction cranes, one of which toppled onto the site below, causing significant damage.

In Suzhou, near Shanghai, another tornado with winds of more than 200 kilometers per hour wreaked havoc.

Four people were killed and one remains missing, according to local authorities.

Images shared on social media showed a black whirlwind which left a trail of destruction.

In May, a windstorm caused the deaths of 11 people in a different town also close to Shanghai.

Scientists have recently said the theory that COVID-19 is the result of a laboratory leak in Wuhan needs more investigating, meanwhile, the country is also under fire for its repression of the Uyghur minority group in the Xinjiang province.