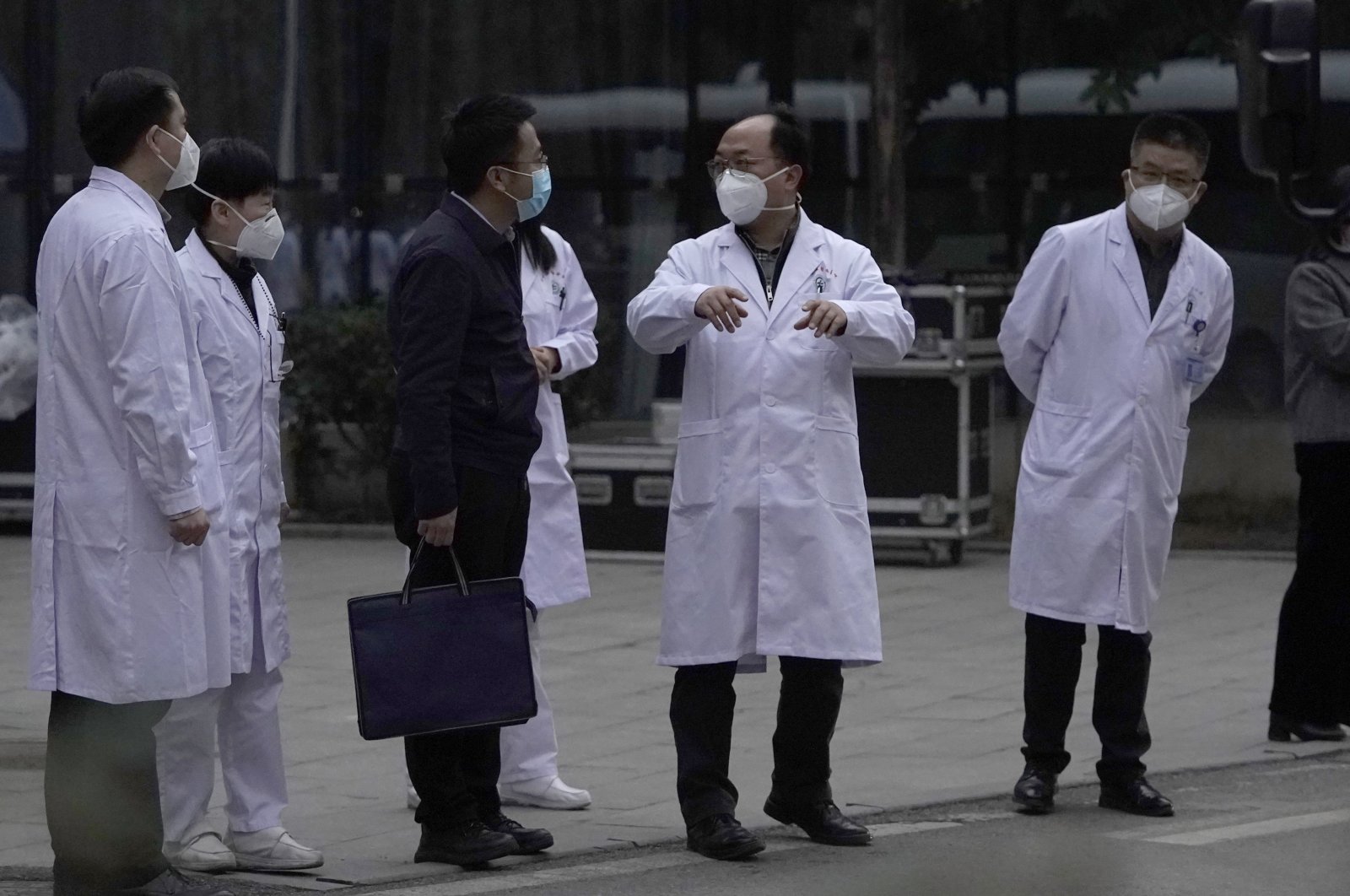 Chinese medical staff react as the World Health Organization (WHO) team leave after their visit to the Hubei Provincial Hospital of Integrated Chinese and Western Medicine, in Wuhan, China, Jan. 29, 2021. (AP Photo)
by Reuters May 14, 2021 10:04 am
RECOMMENDED

The theory that the COVID-19 pandemic was caused by a leak from a laboratory needs to be taken seriously and investigated with a data-led inquiry as the origin of the coronavirus remains unclear, a group of leading scientists have said.

COVID-19, which emerged in China in late 2019, has killed 3.34 million people, costing the world trillions of dollars in lost income and upending normal life for billions of people.

"More investigation is still needed to determine the origin of the pandemic," said the 18 scientists, including Ravindra Gupta, a clinical microbiologist at the University of Cambridge, and Jesse Bloom, who studies the evolution of viruses at the Fred Hutchinson Cancer Research Center.

"Theories of accidental release from a lab and zoonotic spillover both remain viable," the scientists including David Relman, professor of microbiology at Stanford, said in a letter to the journal Science.

The authors of the letter said the World Health Organization's (WHO) investigation into the origins of the virus had not made a "balanced consideration" of the theory that it may have come from a laboratory incident.

In its final report, written jointly with Chinese scientists, a WHO-led team that spent four weeks in and around Wuhan in January and February said the virus had probably been transmitted from bats to humans through another animal, and that a lab leak was "extremely unlikely" as a cause.

But there is a myriad of different ideas about the origin of the virus, including a series of conspiracy theories.

"We must take hypotheses about both natural and laboratory spillovers seriously until we have sufficient data," the scientists said, adding that an intellectually rigorous and dispassionate investigation needed to take place.

"In this time of unfortunate anti-Asian sentiment in some countries, we note that at the beginning of the pandemic, it was Chinese doctors, scientists, journalists, and citizens who shared with the world crucial information about the spread of the virus — often at great personal cost."