23 million children at risk of poverty in EU amid coronavirus, data shows 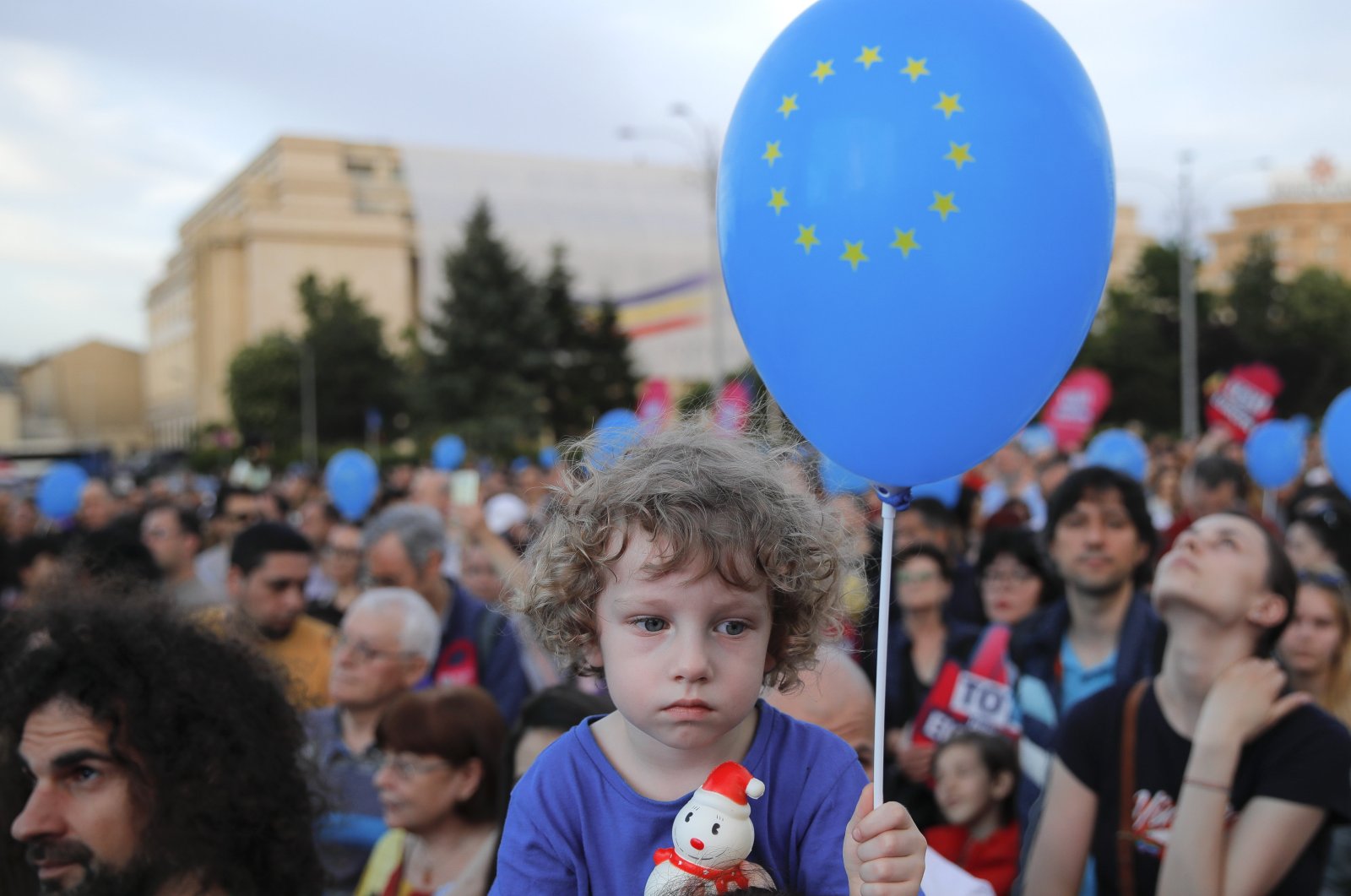 A child holds a balloon depicting the European Union Flag during a pro-Europe event dubbed "All for Europe" outside the government headquarters in Bucharest, Romania, May 19, 2019. (AP Photo)
by ASSOCIATED PRESS
Sep 29, 2020 3:10 pm

Child poverty has reached an "unacceptable" level across the European Union, the world's largest trading bloc, a situation likely to worsen during the coronavirus pandemic, the EU's external auditor said Tuesday.

According to EU data, almost 23 million people under 18 – approximately one in four children – are at risk of poverty or social exclusion in the 27-nation bloc.

In a report published Tuesday, the European Court of Auditors said member states should urgently coordinate efforts to fight child poverty as the pandemic is expected to make the euro-area unemployment rate rise from 7.5% in 2019 to about 9.5% this year, with devastating consequences on people's livelihoods.

"Child poverty is a serious issue in the EU," said Tony Murphy, a member of the European Court of Auditors responsible for the report, during a video conference Tuesday. "Without a sustained and targeted action, the current unacceptable level is unlikely to decrease. It is becoming more critical because of the expected impact of the pandemic."

EU auditors were alarmed well before the pandemic struck. Their audit was completed prior to the outbreak and revealed a global lack of commitment to tackling the issue.

"EU legislation does not target funding directly at combating child poverty. Both the Commission and the member states visited could not quantify the amount of funds allocated to projects directly tackling child poverty and therefore could not assess their effectiveness," they wrote in their report.

Noting the limited role the EU commission can play – fighting poverty is the responsibility of EU nations – auditors however recommended that the union's executive arm defines clear targets on reducing child poverty.

Responding to the audit, the EU commission said it takes "the fight against poverty extremely seriously," and recalled its proposition this year that all member nations allocate 5% of a more than 100-billion euro social fund to combating child poverty.