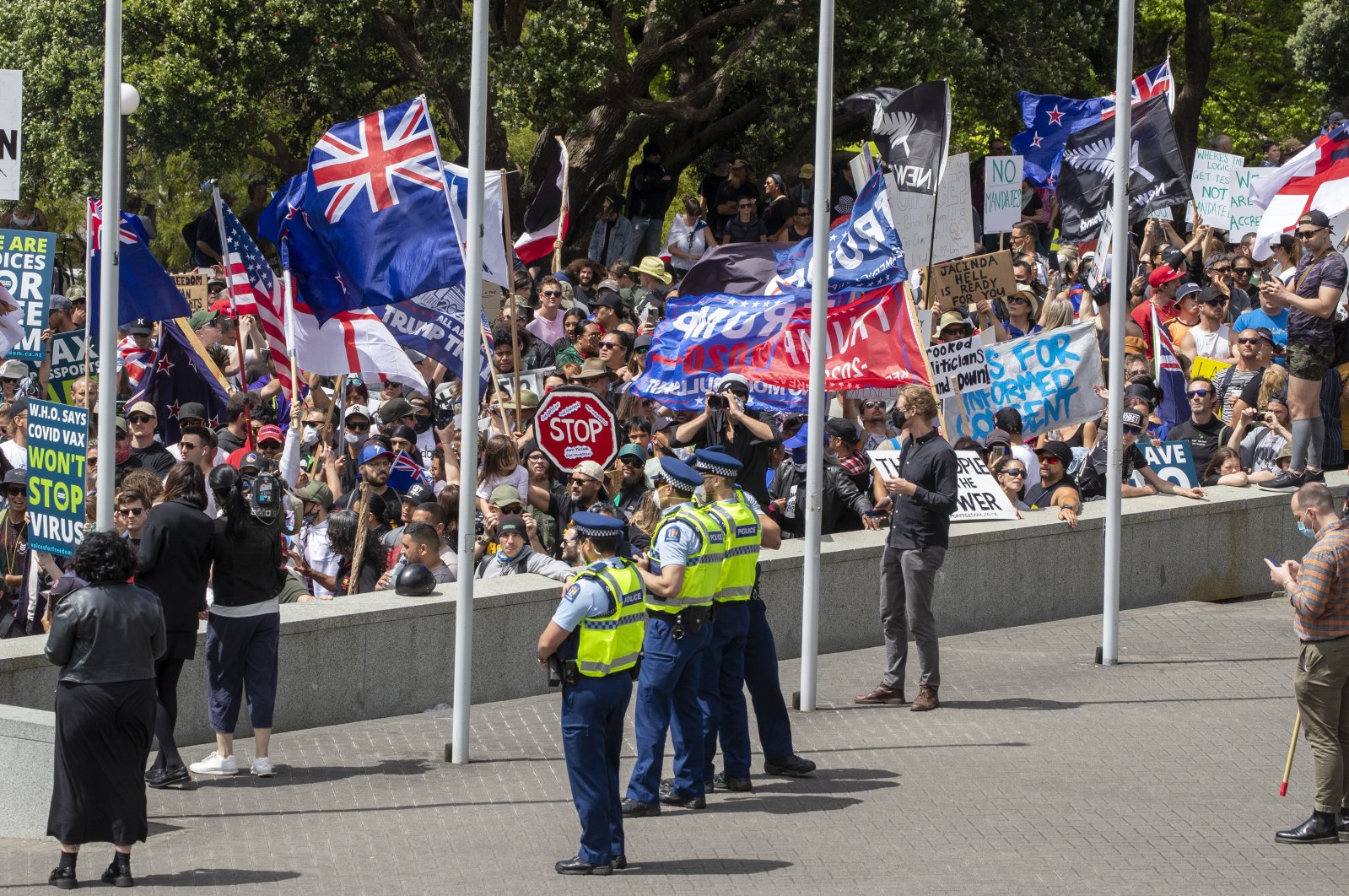 Thousands of demonstrators marched on the New Zealand Parliament to protest against COVID-19 restrictions Tuesday, prompting a major police deployment at the Wellington building known as the Beehive.

About 3,000 people, most not wearing masks, made their way through the capital's city centre, including dozens of motorcyclists in biker gang regalia performing burnouts.

Some attendees carried "Trump 2020" flags, while others bore signs carrying messages from Maori groups, those impacted by lockdowns and teachers who face losing their jobs if they refuse vaccination.

The protest was peaceful, with demonstrators dispersing after performing a massed haka on the grounds of parliament. The traditional Maori haka is used in a variety of ways – to intimidate rivals, to celebrate, but also to mourn.

Police said there were no arrests in Wellington, although they expressed disappointment over so many participants flouting the coronavirus restrictions.

They said one officer was bitten at a separate small protest just outside Auckland when police were physically removing a demonstrator from the road.

"What we saw today was not representative of the vast bulk of New Zealanders," she told reporters.

Ardern's government has adopted a tough COVID-19 response, including hard lockdowns and tight border restrictions, which has seen New Zealand record only 31 virus deaths in a population of 5 million.

Residents of the country's largest city, Auckland, have been subject to stay-at-home orders since mid-August and Ardern this week indicated the restrictions would remain until the end of November.

She has promised to introduce more freedoms, including an end to lockdowns, once 90% of the population is fully vaccinated.

However, those who remain unvaccinated will still face curbs on their employment, travel and entertainment options.