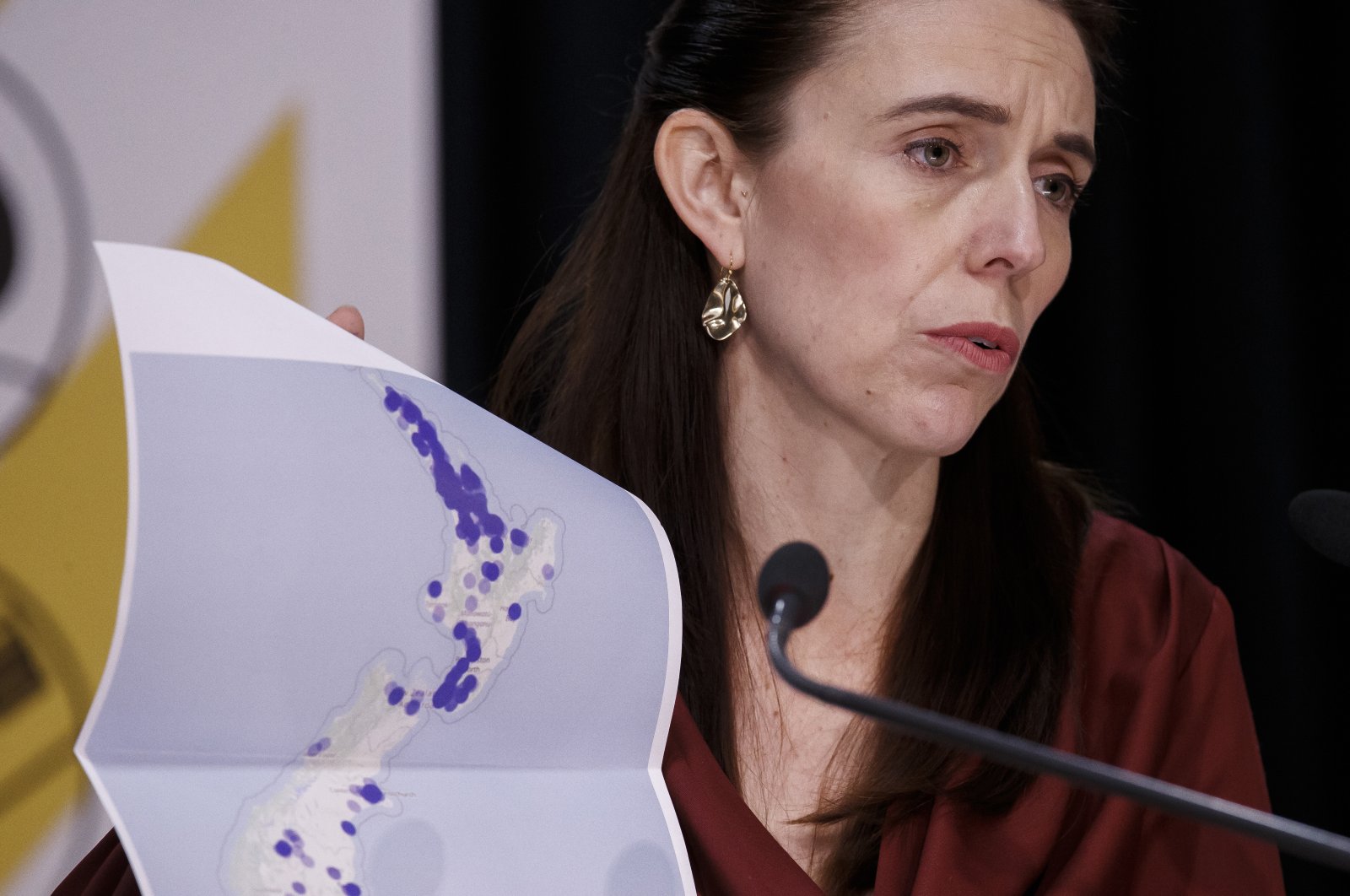 "The safest option for all of us right now is to hold the course for longer," New Zealand Prime Minister Jacinda Ardern said, as the island nation extended a national COVID-19 lockdown Monday due to a delta variant outbreak that has yet to peak.

Ardern said the rapid spread of the highly transmissible variant meant it was too early to lift restrictions imposed last week after a virus cluster emerged in Auckland, ending a six-month run of no local cases.

"Delta had a head start on us and we've needed to catch up as quickly as we could ... we don't think we have reached the peak of this outbreak," she said, according to Agence France-Presse (AFP).

Ardern said 35 new cases had been detected, taking the total to 107, with more than 13,000 close contacts undergoing testing. Health authorities say they've found links among most of those cases, giving them hope they can quash the outbreak. Authorities said they've tested about 3% of the nation's entire population over the past six days.

New Zealand's lockdown was due to expire late Tuesday, but Ardern said it would continue through to Friday nationwide and until the evening of Aug. 31 in Auckland.

“We do need more information. We need more certainty. We don’t want to take any risks with delta,” Ardern said. "If the world has taught us anything, it is to be cautious with this variant of COVID-19.”

New Zealand's "COVID zero" elimination strategy – which has resulted in just 26 deaths in a population of 5 million – has relied on strict border controls backed by hard lockdowns when any cases do slip through.

Ardern's own COVID-19 Response Minister Chris Hipkins on Sunday questioned whether delta rendered the strategy unviable, but the leader said she believed in it "absolutely."

"Our plan has worked before and together we can make it work again," she said.

The Associated Press (AP) reports that Ardern announced the suspension of regular Parliament sessions for a week, a move that drew criticism from opposition lawmakers.

“At a time when New Zealanders have the harshest lockdown in the world and have lost our freedoms because of the government’s failure to vaccinate and secure the border, this move by Jacinda Ardern is unfathomable," said Judith Collins, the leader of the opposition.

Ardern has previously announced plans to relax restrictions next year when vaccination rates are higher. One of the reasons lockdowns are considered essential in New Zealand is that inoculation rates remain low, with only about 20% of people fully vaccinated. The strict lockdown means most people must remain at home, leaving only to buy groceries or medicine or to exercise.

While New Zealand was maintaining its strategy of trying to wipe out the virus completely through lockdowns, neighboring Australia appeared to have conceded that lockdowns would not be able to eliminate the delta variant entirely and could only slow its spread. A push for more vaccinations is the main focus in major cities such as Sydney.

Australian Prime Minister Scott Morrison said lockdowns were “not a sustainable way to live in this country.” He said states must open their borders once vaccination rates reach 80% of the population aged 16 years and older.

His remarks came as an outbreak in Sydney grew by more than 800 cases, near-record levels. Health authorities said an outbreak centered in Melbourne also grew by 71 cases and another in the capital, Canberra, grew by 16 cases. All three cities remained in lockdown, and unrest was reported in Sydney and Melbourne, where anti-lockdown protests turned violent this past Saturday, with police arresting hundreds following clashes.

But in Western Australia, where there are no community infections, Premier Mark McGowan said his government wouldn't reopen at the 80% vaccination level if it meant reintroducing the virus.

About 24% of Australians are fully vaccinated.