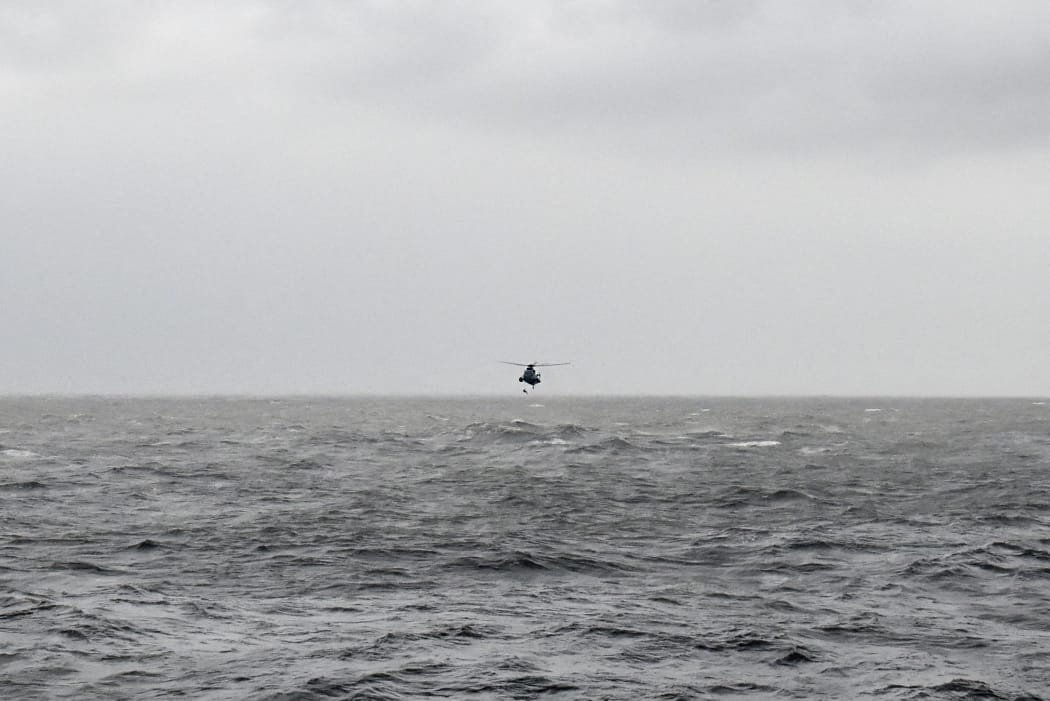 An Indian Navy Seaking helicopter evacuates stranded crew members from the sea after they were washed away from a barge that had gone adrift amidst heavy rain and strong winds of cyclonic storm Tauktae, May 19, 2021. (Indian Navy / AFP)
by ASSOCIATED PRESS May 20, 2021 12:37 pm
RECOMMENDED

The Indian Navy continued to search for dozens of people who went missing after a barge sank off Mumbai as a powerful storm lashed the region this week, an official said Thursday.

Hopes were fading for 38 people still missing since the cyclone hit Monday. Navy spokesperson Mehul Karnik said five ships, a surveillance aircraft and three helicopters were involved in the search. He said most of the 188 survivors and 37 bodies arrived in Mumbai. Indrajeet Singh, a survivor, recalled that everyone on the big barge rushed to the deck sensing danger.

Water gushed into the barge and it started tilting, The Hindustan Times newspaper quoted him as saying. "I had no other option except jumping into the sea to save my life,’’ he said.

The survivors bobbed up and down in life jackets up to eight hours before they were picked up by the rescuers, he said. Cyclone Tauktae packed sustained winds of up to 210 kilometers (130 miles) per hour, leaving more than 50 dead in Gujarat and Maharashtra states. Prime Minister Narendra Modi inspected the damage from the air Wednesday, promising government assistance.

Officials reported more than 16,000 houses were damaged in Gujarat and thousands of trees and electric poles were uprooted.

In another operation, a navy helicopter rescued 35 crew members of another barge, which ran aground north of Mumbai, a government statement said. Both barges were working for Oil and Natural Gas Corp., the largest crude oil and natural gas company in India. The company said the vessels were carrying personnel deployed for offshore drilling.