Indian Navy recovers 22 bodies from barge that sank in storm 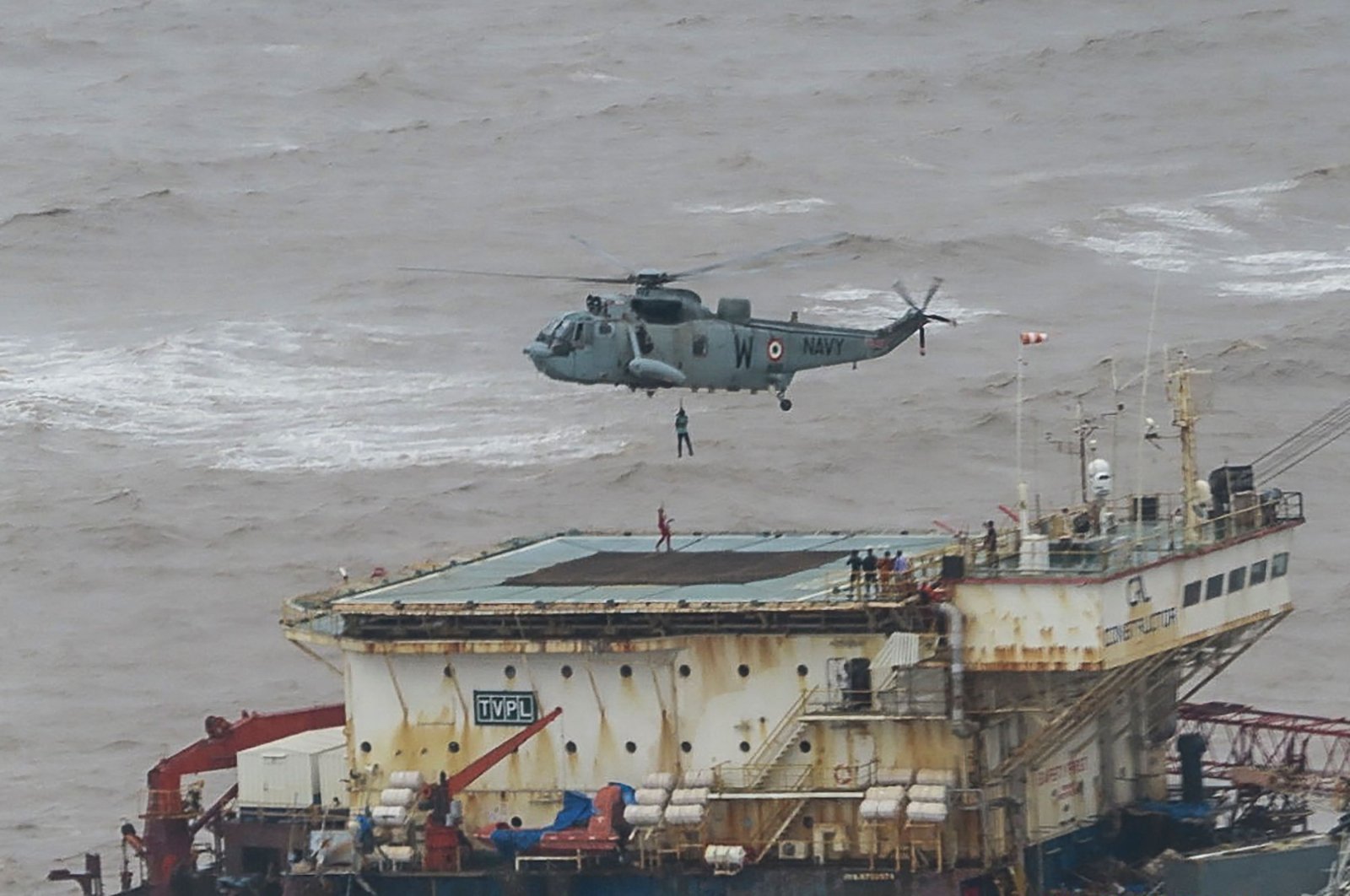 Stranded workers are airlifted by naval personnel on an Indian Navy Seaking helicopter from a barge that had gone adrift amidst heavy rain and strong winds due to Cyclone Tauktae, the Arabian Sea, May 18, 2021. (Indian Navy handout photo via AFP)
by Agencies May 19, 2021 11:37 am
RECOMMENDED

Indian Navy ships recovered 22 bodies of people who were aboard a barge that sank off Mumbai as a cyclone blew ashore this week, officials said Wednesday.

The search is continuing for 55 more missing people, navy spokesman Mehul Karnik said, as The Associated Press (AP) reported. Driving waves of up to 25 feet (7.62 meters) on the high seas, cyclone Tauktae rammed into the western states of Maharashtra and Gujarat over the past two days, killing at least 84 people and leaving a trail of destruction, authorities said.

The storm smashed into the Mumbai High Field oil field near Mumbai, where India's biggest offshore oil rigs are located, and sank the barge that had 261 personnel on board. The navy said 184 people had been rescued from the barge "P305," which was engaged in contract work awarded by Oil and Natural Gas Corp, India's top exploration company. Three ships and aircraft are continuing to look for the remaining personnel, it added.

Indian Prime Minister Narendra Modi is scheduled to conduct an aerial survey later in the day of the storm-hit areas in his home state Gujarat, where the cyclone caused landfalls Monday packing gusts of up to 210 kph (130 mph), the state government said, according to Reuters.

The storm has piled pressure on Indian authorities as they grapple with a massive rise in COVID-19 infections and deaths as well as a shortage of beds and oxygen in hospitals. In Gujarat, among the hardest-hit states by the second wave of the coronavirus, the cyclone has ripped out power pylons, damaged some 16,500 homes and blocked over 600 roads, authorities said.

The state's farm sector is also likely to have taken a hit, including the major mango growing belt of Saurashtra. Officials said work to restore electricity supplies and to clear roads was ongoing, but some parts were still cut off. "Mobile phone networks are still down in many areas, and I don't think they will be restored by today," Aayush Oak, the top official in Gujarat's Amreli district, told Reuters.