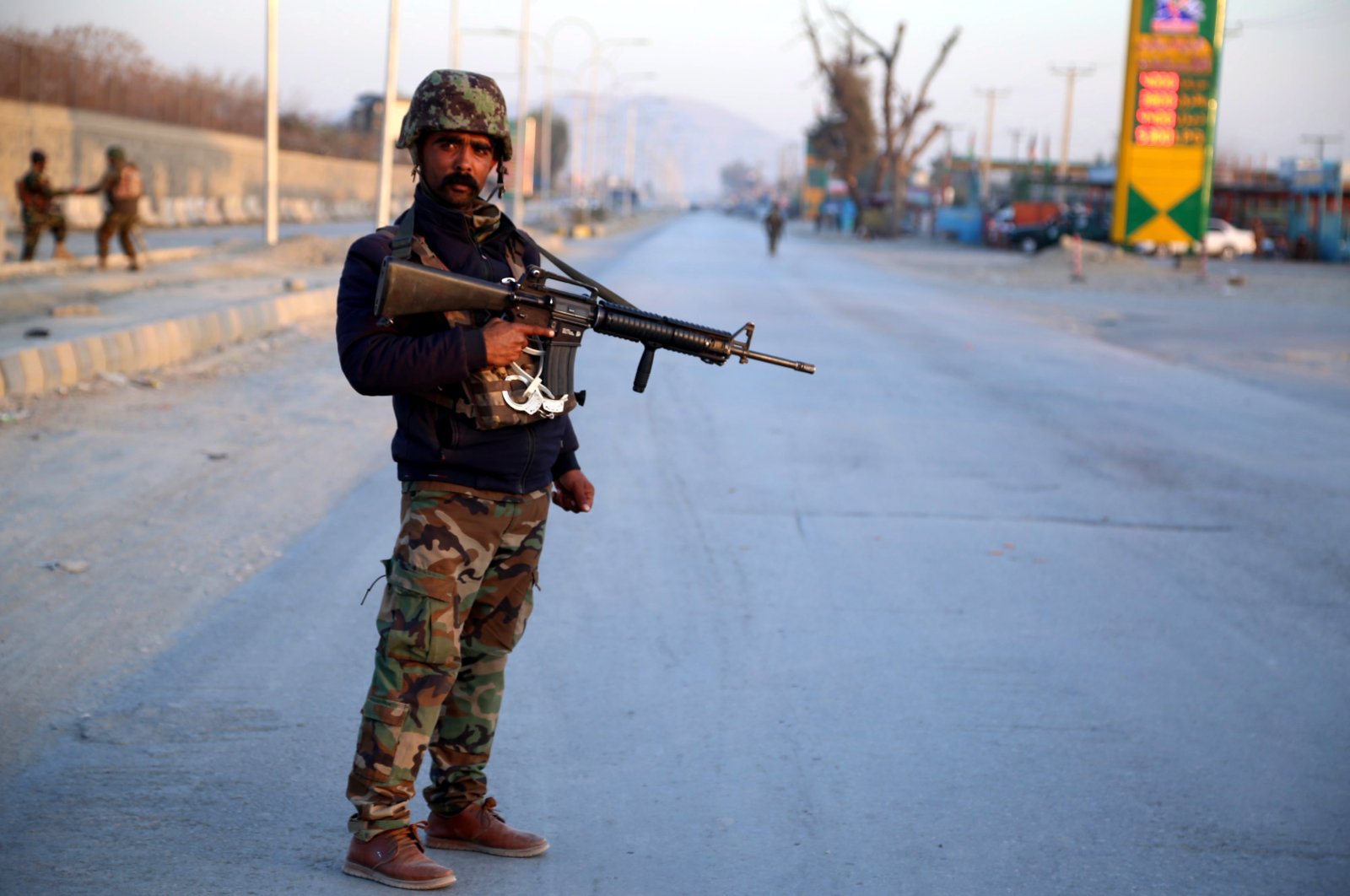 An Afghan soldier stands guard at the scene of a bomb blast that targeted the vehicle of security officials in Jalalabad, Afghanistan, Feb. 11, 2021. (EPA Photo)
by REUTERS Feb 13, 2021 10:48 am
RECOMMENDED

At least four security personnel were killed and 10 others injured, including three civilians, in blasts in eastern and southern Afghanistan on Saturday, officials said.

No militant group immediately claimed responsibility for the three attacks, which come amid a surge in violence in Afghanistan as clashes intensify between government forces and Taliban insurgents.

The bloodshed comes as U.S.-brokered peace talks in Qatar between the Taliban and representatives of the Afghan government have staggered in recent months.

U.S. President Joe Biden's team is reviewing a peace-building deal that the government of his predecessor Donald Trump sealed with the Taliban in February 2020. The pact requires all American and allied forces to leave the country by May 1.

The U.S. has reduced the number of troops in Afghanistan to 2,500 from the 12,000 there when the agreement was signed. But violence remains high, with the U.S. and Afghan governments largely blaming the Taliban.

On Saturday, a police spokesperson in southern Kandahar province said a blast there was caused by a Humvee packed with explosives that targeted a police outpost, injuring seven police personnel.

Afghanistan's Defense Ministry said "18 Taliban terrorists were killed and 9 others were wounded" in an operation in Arghandab district of Kandahar province on Friday night.