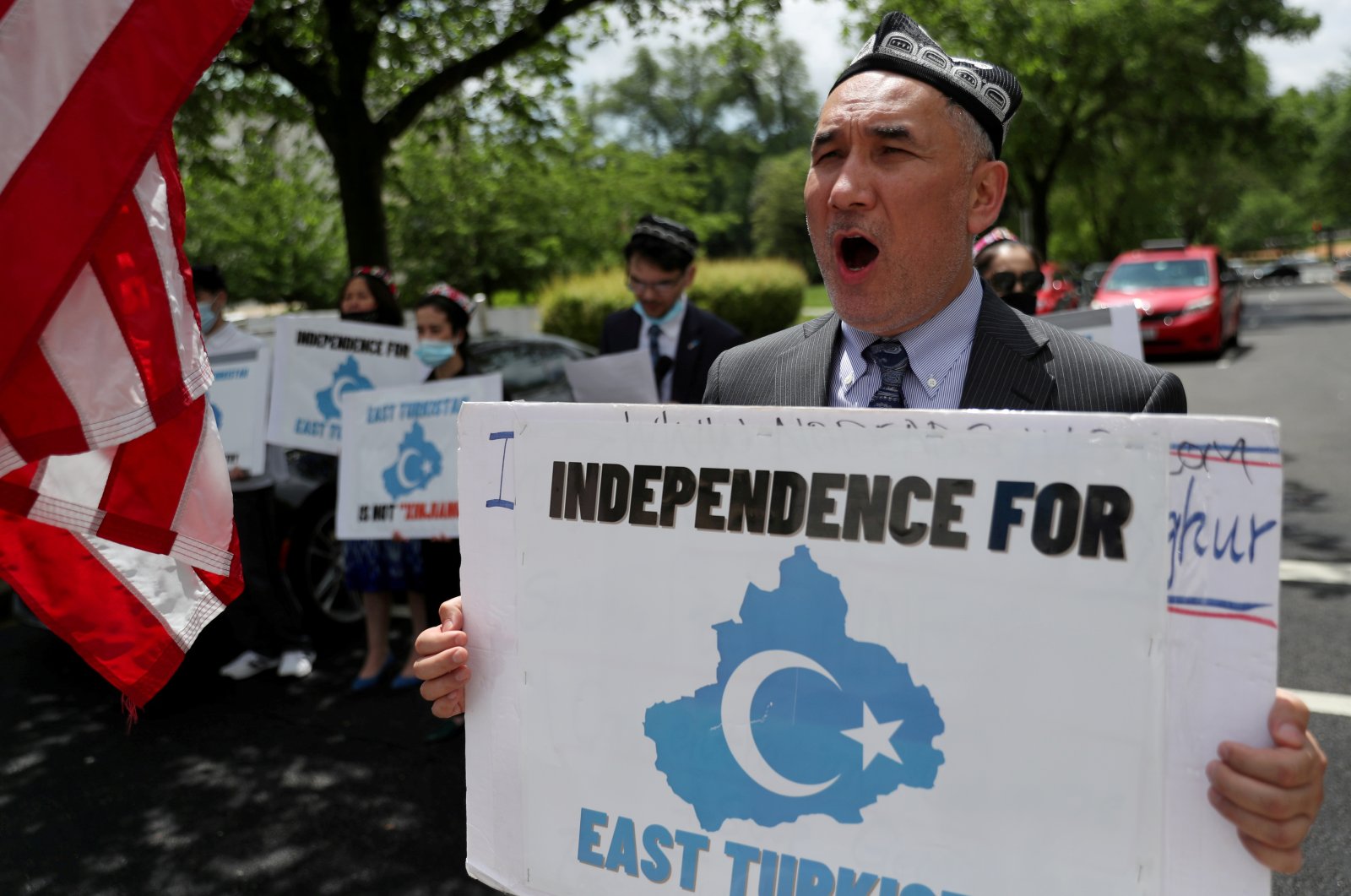 Demonstrators hold a protest in front of the U.S. State Department to commemorate Uyghur Doppa Day and to urge the U.S. and the international community to take action against China's treatment of the Uyghur people in Xinjiang, in Washington, U.S., May 5, 2021. (Reuters Photo)
by REUTERS Jun 22, 2021 8:58 pm
RECOMMENDED

The Canadian Ambassador Leslie Norton read out a statement Tuesday on behalf of more than 40 countries urging China to grant the United Nations human rights chief immediate access to Xinjiang to investigate reports that more than 1 million Uyghurs are being held against their will.

Beijing denies all allegations of abuse of Uyghurs and describes the camps as vocational training facilities to combat so-called religious extremism.

"Credible reports indicate that over a million people have been arbitrarily detained in Xinjiang and that there is widespread surveillance disproportionately targeting Uyghurs and members of other minorities and restrictions on fundamental freedoms and Uyghur culture," the joint statement said.

"We urge China to allow immediate, meaningful and unfettered access to Xinjiang for independent observers, including the High Commissioner," it added, referring to Michelle Bachelet.

Bachelet told the council on Monday that she hoped to agree on terms for a visit this year to China, including Xinjiang, to examine reports of serious violations against Muslim Uyghurs.

Jiang Yingfeng, a senior diplomat at China's mission to the United Nations in Geneva, rejected the statement Tuesday as interference driven by "political motives."

"We welcome the visit by the High Commissioner to China, to Xinjiang. This visit is for promoting exchanges and cooperation rather than an investigation based on so-called presumption of guilt," he told the council without giving a timeline.

The Canadian-led statement cited reports of torture, forced sterilization, sexual violence and forced separation of children from their parents.

It decried a law imposed a year ago in Hong Kong against what China deems secession and terrorism. The first trials are due to begin this week of people arrested under the legislation.

"We continue to be deeply concerned about the deterioration of fundamental freedoms in Hong Kong under the National Security Law and about the human rights situation in Tibet," it said.

Jiang said: "Since the national security law, Hong Kong has witnessed change from chaos to rule of law."