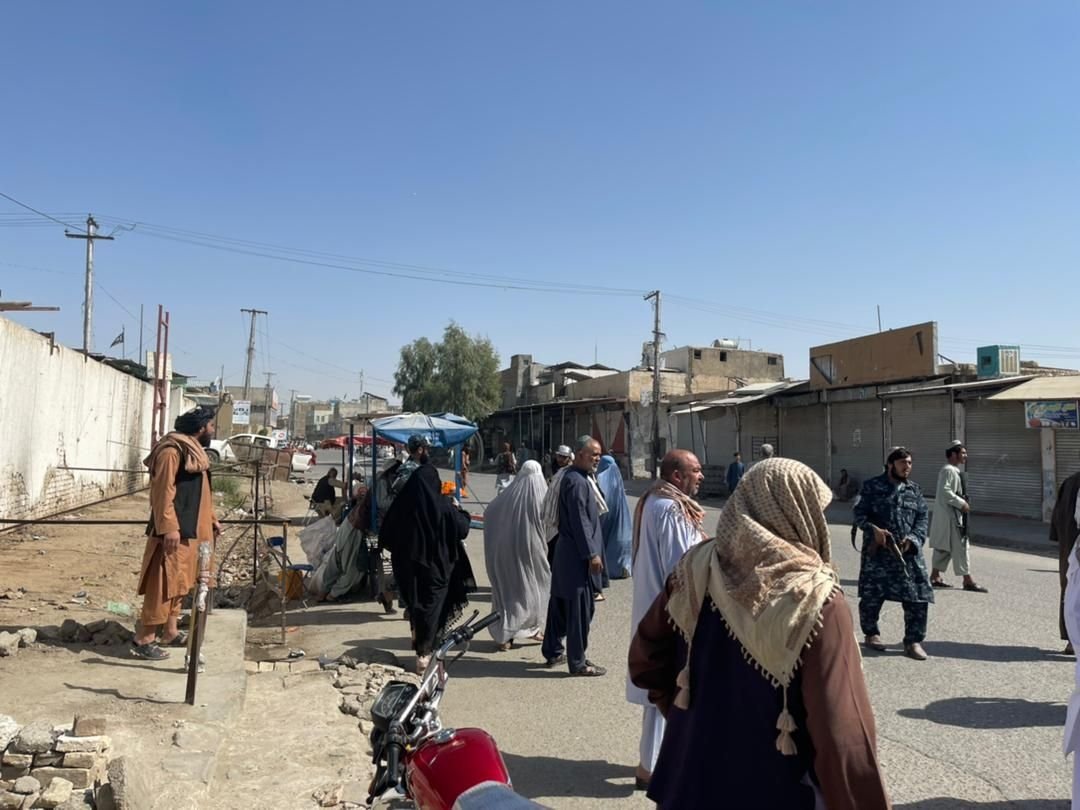 At least 62 people were killed and 70 others injured in a suicide bomb attack that hit a packed Shiite mosque in southern Afghanistan, according to Kabul-based news agency Bakhtar.

The attack comes a week after a bombing, claimed by a local Daesh affiliate, killed 46 people at a Shiite mosque in northern Afghanistan.

Murtaza, an eyewitness who like many Afghans goes by one name, said four suicide bombers attacked the mosque. Two detonated their explosives at a security gate, allowing the other two to run inside and strike the congregation of worshippers.

Speaking to The Associated Press (AP) by phone, he said Friday prayers are typically attended by around 500 people. Video footage from the scene showed bodies scattered across blood-stained carpets, with survivors walking around in a daze or crying out in anguish.

Daesh has claimed a number of deadly bombings across the country since the Taliban seized power in August amid the withdrawal of U.S. forces. The group has also targeted Taliban fighters in smaller attacks. Taliban spokesman Bilal Karimi confirmed the explosion and said an investigation was underway, without providing further details.

An official in the provincial hospital said the facility received 37 dead bodies and 70 wounded, adding that the death toll would likely rise. The official spoke on condition of anonymity because he was not authorized to brief media. The Taliban have pledged to restore peace and security after decades of war.

"Thirty-two bodies and 53 wounded people have been brought to our hospital so far," a doctor at the city's central Mirwais hospital told Agence France-Presse (AFP). Other medical sources and a provincial official confirmed a toll of more than 30, and at least 15 ambulances were rushing to and from the scene.

An eyewitness told the AFP he heard three explosions, one at the main door of the mosque, another at a southern area, and a third where worshippers wash before their prayers. Another witness also said three blasts rocked the mosque in the center of the town during Friday prayers, the busiest congregation of the week.

"We are saddened to learn that an explosion took place in a mosque of the Shiite brotherhood in the first district of Kandahar city in which a number of our compatriots were martyred and wounded," the Taliban's interior ministry spokesman Qari Sayed Khosti tweeted. "Special forces of the Islamic Emirate have arrived in the area to determine the nature of the incident and bring the perpetrators to justice."

In October 2017, the Deash suicide attacker struck a Shiite mosque in the west of Kabul, killing 56 people and wounding 55.