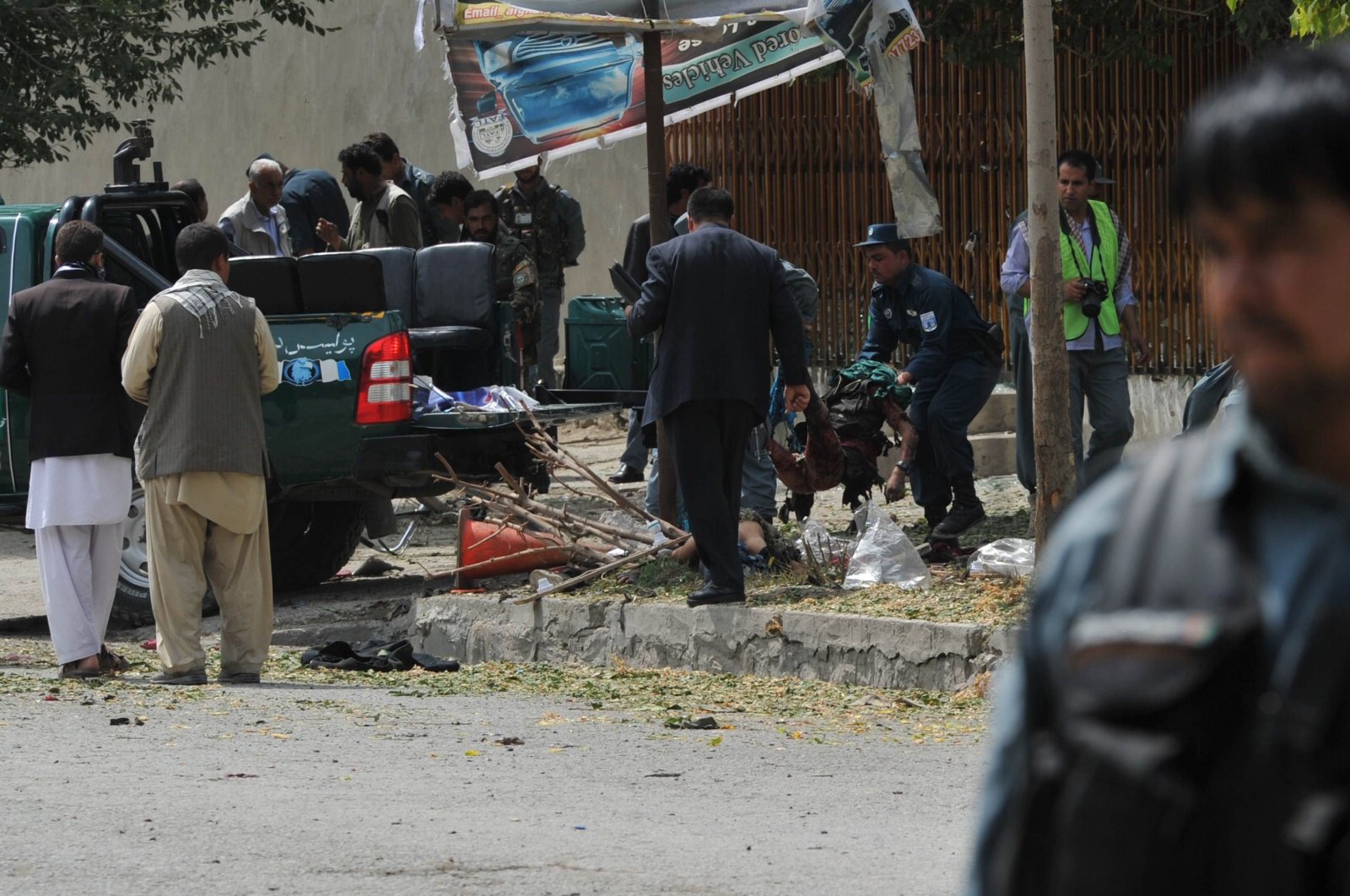 Afghan police carry the remains of a suicide attack victim in the city's diplomatic quarters, home to many Western embassies, in Kabul on Sept. 8, 2012. (AFP Photo)
by French Press Agency - AFP
Oct 14, 2021 11:13 am

A bomb ripped through a vehicle carrying a Taliban police chief in eastern Afghanistan on Thursday, killing him and wounding 11 others, officials said.

The blast happened in Asadabad, the capital of Kunar province, targeting the Taliban police chief for Shigal district, said an official from the group.

"The police chief has died and eleven people have been wounded," he told Agence France-Presse (AFP), speaking on condition of anonymity.

A doctor in Kunar central hospital confirmed to AFP that it had received 11 wounded people, including four Taliban fighters and seven civilians.

No one claimed responsibility for the attack but the Daesh-Khorasan Province (Daesh-K) group, who are active in eastern Afghanistan, have claimed similar attacks on the Taliban in the past.

The Taliban have battled with Daesh-K since its emergence in Afghanistan in 2014.

Daesh-K has claimed responsibility for some of the most recent attacks, including a suicide bombing among worshippers last week in a Shiite mosque in Kunduz province that killed around 100 people.