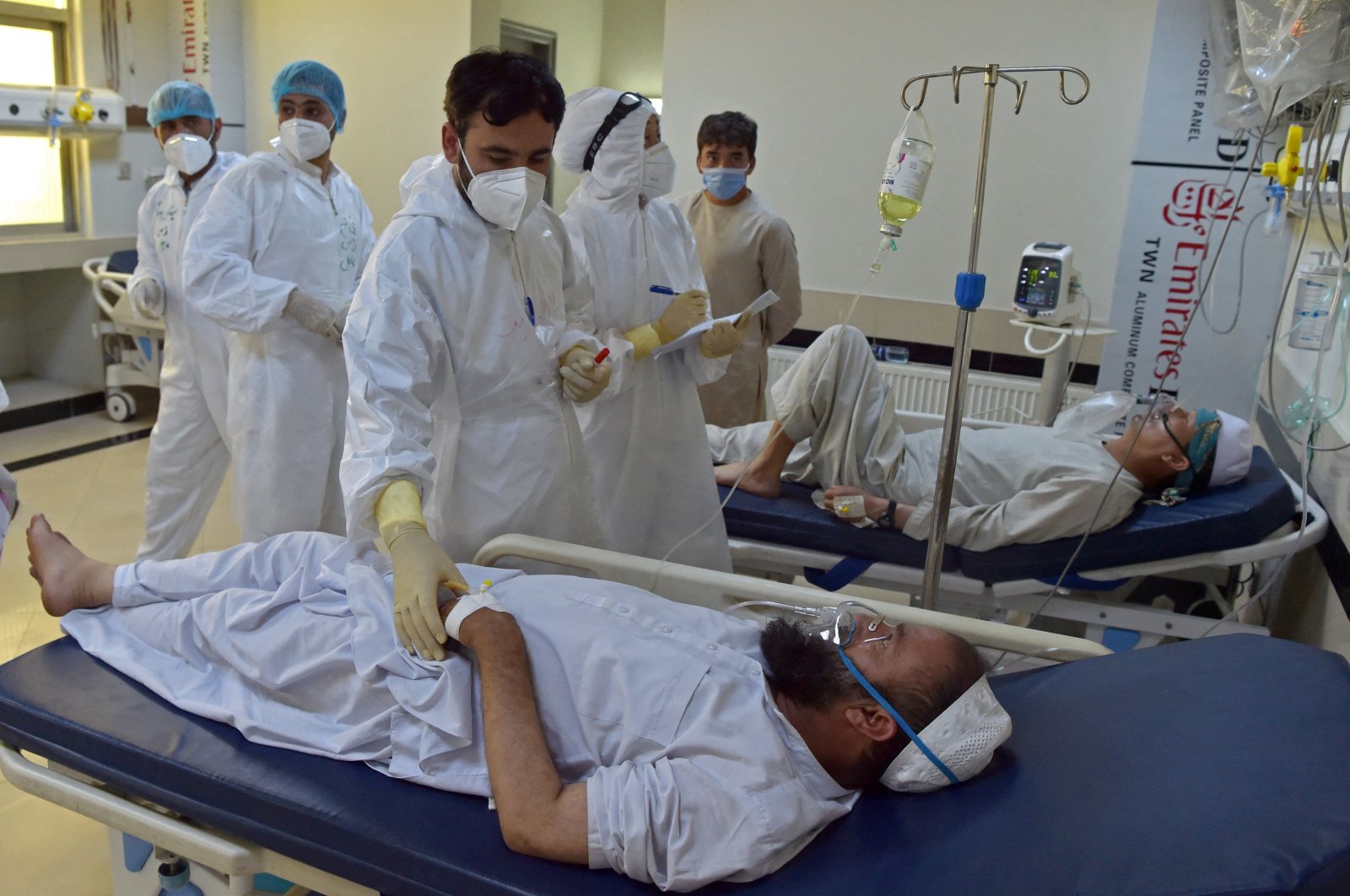 The two main hospitals treating people with COVID-19 in Afghanistan have had to close their doors to new patients because of a lack of beds, a senior health official and doctors said Monday.

Afghanistan is grappling with a third wave of the pandemic, with a record number of infections and deaths being reported amid a surge in violence as U.S.-led international forces withdraw and Taliban insurgents go on the offensive.

"Both Afghan Japan and Ali Jinnah hospitals had to close their doors because they had no more beds or resources," the health official said on condition of anonymity as they were not authorized to speak publicly about the matter.

The official said the two hospitals, both in the capital Kabul, were facing persistent shortages of oxygen and other medical supplies.

Mirwais Alizay, deputy health ministry spokesperson, said hospitals have to close sometimes due to higher patient numbers but he denied that hospitals were facing serious shortages of supplies, saying issues with oxygen had been solved.

"We only have 50 beds for COVID cases, that's the main problem," Wali told Reuters.

Afghanistan reported on Monday 1,804 new COVID-19 cases and 71 deaths from the disease. In all, it has had 93,272 cases and 3,683 deaths but doctors say many cases are likely being missed because of low rates of testing.

The country, with a population believed to be about 36 million, has administered about 1 million doses of vaccine, largely to front-line health workers and members of the security forces. Last week, Afghanistan received 700,000 doses of a COVID-19 vaccine made by China's Sinopharm.