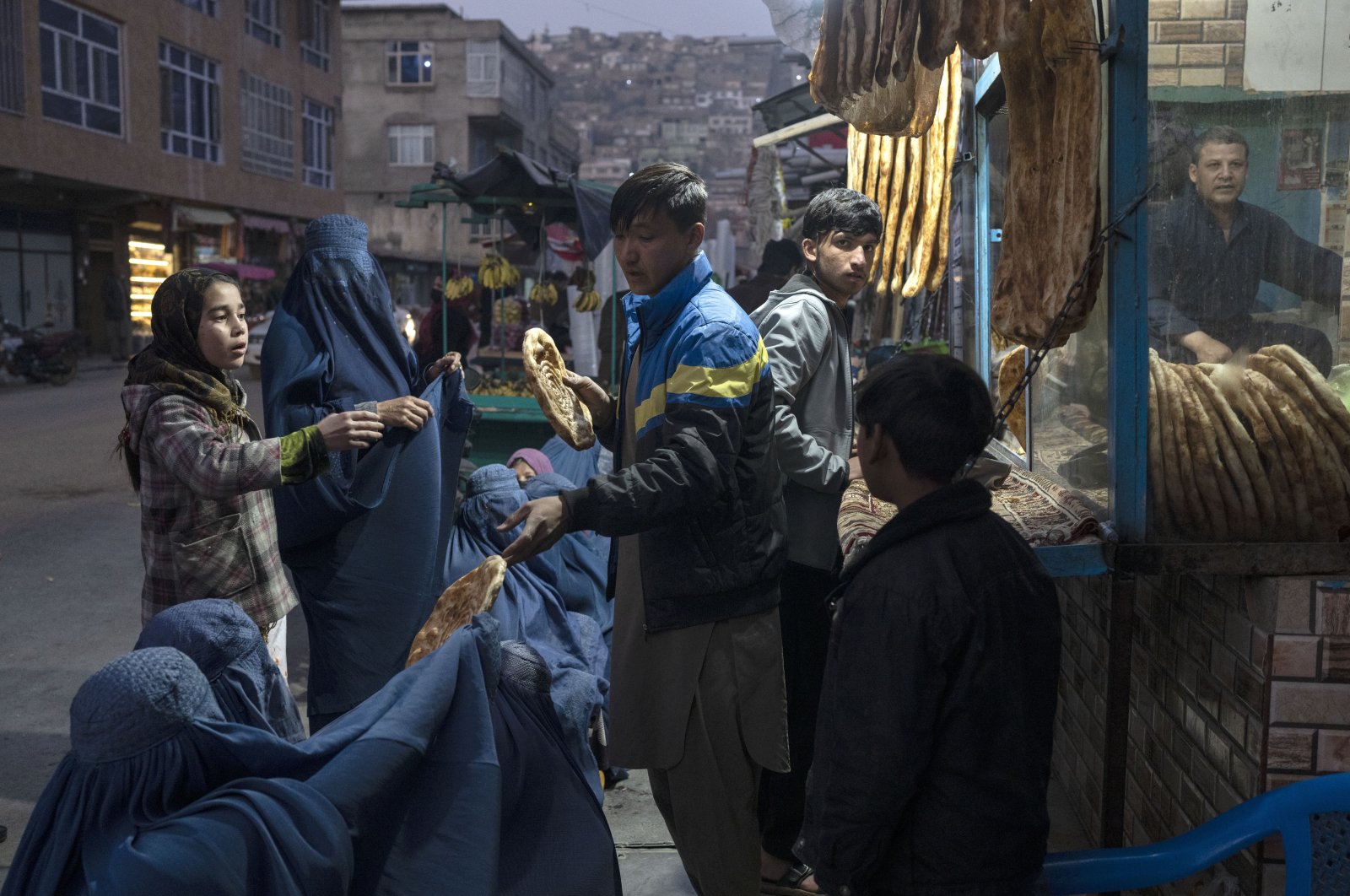 Children huddle beneath blankets at makeshift camps, sick babies in hospitals lay wrapped in their mothers' all-enveloping burqas and long lines trail from food distribution centers in the bitter cold of Afghanistan's winter as the country descends further into desperate times.

Since the chaotic Aug. 15 Taliban takeover of Kabul, an already war-devastated economy once kept alive by international donations alone is now on the verge of collapse. There isn’t enough money for hospitals.

Saliha, who like many Afghans uses just one name, took her infant son to Indira Gandhi Children’s Hospital in the capital, Kabul. Weak and fragile, 4-month-old Najeeb was badly malnourished.

The World Health Organization (WHO) is warning of millions of children suffering malnutrition, and the United Nations says 97% of Afghans will soon be living below the poverty line. For millions living in camps for the displaced or sitting outside government ministries seeking help, the only source of warmth is to huddle around open wood-burning fires.

Nearly 80% of Afghanistan’s previous government’s budget came from the international community. That money, now cut off, financed hospitals, schools, factories and government ministries. In the Taliban’s Afghanistan there is no money. Sanctions have crippled banks while the U.N., the United States and others struggle to figure out how to get hundreds of millions of dollars of humanitarian aid to Afghans while bypassing the Taliban, despite there being no immediate signs of the widespread corruption that characterized the previous administration.

For many of Afghanistan’s poorest, bread is their only staple. Women line up outside bakeries in the city, and young children arrive before dawn to get bread. The majority scramble to find food and fuel. The statistics provided by the U.N. are grim: Almost 24 million people in Afghanistan, around 60% of the population, suffer from acute hunger. As many as 8.7 million Afghans are coping with famine, as The Associated Press (AP) reported.

Education for girls under the Taliban is erratic and in many provinces, they are not allowed to attend school after grade six; however, in more than 10 provinces schools are open. The international community is working on ways to help the schools that are open, while encouraging the Taliban to open the rest.

In some areas, such as the western Herat province, teachers and parents together cajole local Taliban leaders to open schools. In schools like Tajrobawai Girls High School in Herat, it is paying off.

Months ago, the United Nations High Commissioner for Refugees warned of a mass exodus of Afghans should Afghanistan be allowed to free-fall into an economic abyss.

The exodus has already begun as thousands stream out of Afghanistan for Iran in desperation. By the hundreds, they pack buses that take them from Herat to nearby Nimroz province from where they make the dangerous trek into Iran. Some hope to go further, to Turkey and eventually to Europe – despite Europe’s increasing determination to keep migrants out.

One of the biggest problems facing the Taliban is the effective collapse of the bureaucracy. Over 120,000 Afghans were evacuated in the chaotic last days of the U.S. withdrawal – mostly people who had worked with foreign powers in managing the aid-dependent administration and economy. Many civil servants had not been paid for months before the Taliban takeover and have little incentive to go back to work without knowing when they will get a salary.

"I go to the office in the morning but there is nothing to do," said Hazrullah, a mid-level technocrat at the Foreign Ministry, according to Agence France-Presse (AFP). "Before, I was working on trade deals with our neighbors. Now we have no instructions on how to proceed. Nobody knows anything."

Some of the Taliban's leadership have been at pains to present the new regime as different to the hardline rule that characterized their first stint in power from 1996 to 2001, and – superficially at least – there have been some changes.

There has been no edict on women having to again wear the face-covering burqa, for example, or to be accompanied by men in their families when leaving the house, though authorities say close male relatives must accompany women on long-distance road trips. But apart from essential services such as health care, women are effectively barred from government work and high school girls from education in several provinces. The Taliban have tried to justify their decisions.

"It is for their own security," they say – turning a blind eye to the fact that the biggest threat to women and girls' safety has for years come from the group.

With the Taliban in power, security has undoubtedly improved, but brazen attacks by the Daesh terrorist group are on the rise. But it is the teetering economy that will dictate Afghanistan's future at a time when a major humanitarian crisis is unfolding across the country, described by the U.N. as an "avalanche of hunger."