Afghanistan's President Ghani vows to return, US has doubts 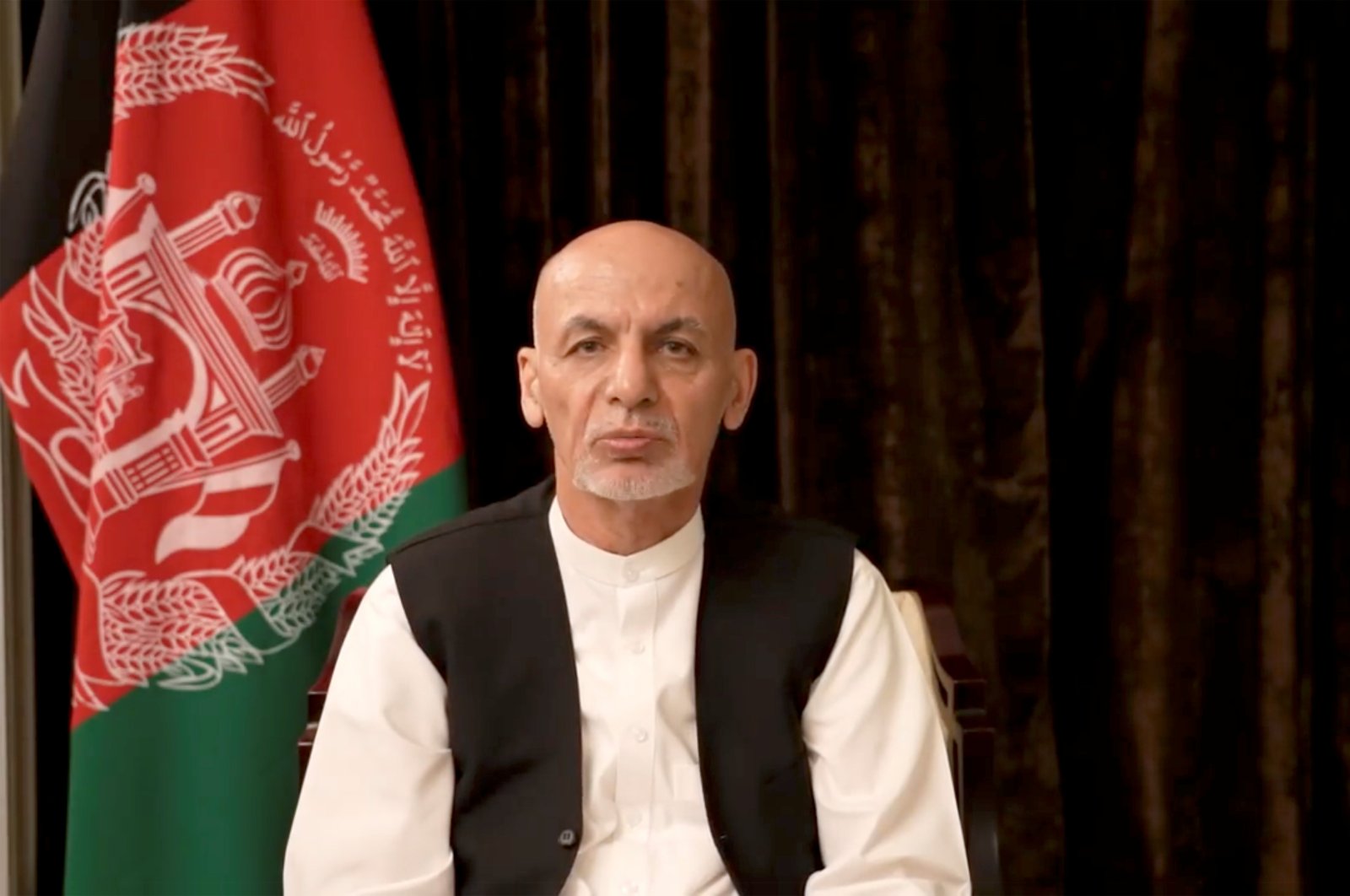 In this screengrab obtained from social media, former Afghan President Ashraf Ghani makes an address about the latest developments in the country from exile in the United Arab Emirates (UAE), Aug. 18, 2021. (Facebook/Ashraf Ghani via Reuters)
by Anadolu Agency Aug 18, 2021 10:42 pm
RECOMMENDED

The U.S. appeared to brush off former Afghan President Ashraf Ghani's promise to return after fleeing amid the Taliban capture of Kabul, with Deputy Secretary of State Wendy Sherman describing him as "no longer a figure in Afghanistan."

Sherman told reporters she has seen reports that Ghani arrived in the United Arab Emirates (UAE), saying "that is that."

Speaking in a video message released from the UAE earlier Wednesday, Ghani vowed to return to Afghanistan to "continue his struggle for people's rights and values" after escaping Sunday.

"I wanted to transfer the power to the Taliban peacefully. But I was evicted from Afghanistan against my will," he claimed.

The war between the Taliban and Afghan forces intensified as foreign troops announced their withdrawal from the country by Sept. 11, the 20th anniversary of the terrorist attacks that led to the U.S. invasion.

The Taliban made rapid military advances in recent weeks and took control of the capital on Sunday as government forces fled or surrendered.

The U.S. is evacuating its citizens and Afghans seeking refugee status from Afghanistan and is in control of Kabul's Hamid Karzai International Airport. A top Biden administration official said Tuesday that the Taliban assured the U.S. that it will not impede the safe travel of Afghans and Americans seeking to flee.

But Sherman said that while the pledge has largely been upheld for U.S. nationals, the hardline group appears to have violated its pledge vis-a-vis Afghans.

"We have seen reports that the Taliban, contrary to their public statements and their commitments to our government, are blocking Afghans who wish to leave the country from reaching the airport," she said.

"Our team in Doha, and our military partners on the ground in Kabul, are engaging directly with the Taliban to make clear that we expect them to allow all American citizens, all third-country nationals and all Afghans who wish to leave to do so safely and without harassment," she added.