'All hypotheses remain open' on pandemic origins: WHO 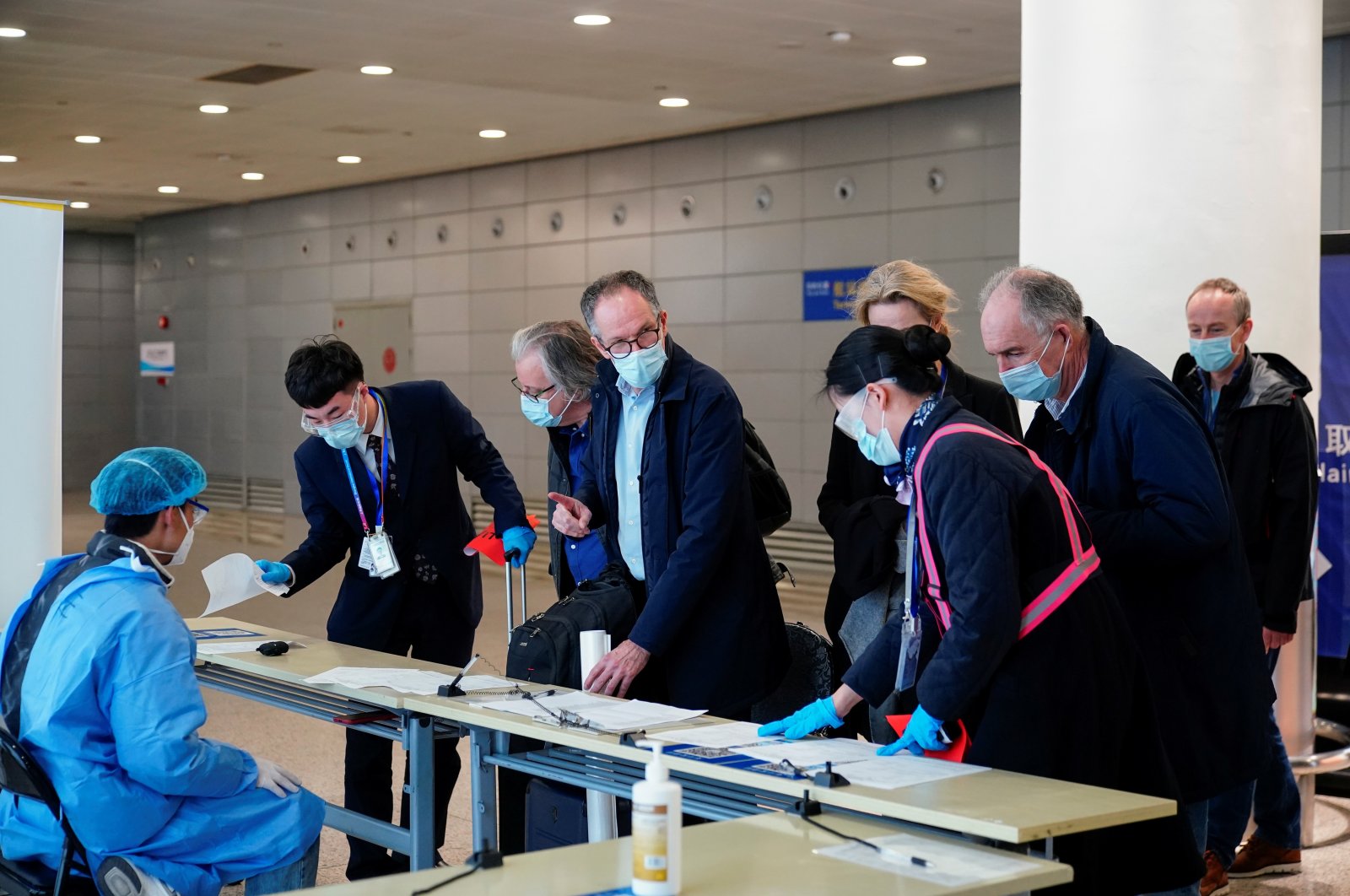 Peter Ben Embarek, and other members of the World Health Organization (WHO) team tasked with investigating the origins of the coronavirus disease (COVID-19), arrive at the Pudong International Airport in Shanghai, China on Feb. 10, 2021. (Reuters Photo)
by REUTERS Feb 12, 2021 7:31 pm
RECOMMENDED

All hypotheses are still open in the World Health Organization's (WHO) search for the origins of COVID-19, WHO Director-General Tedros Adhanom Ghebreyesus told a briefing on Friday.

A WHO-led mission in China said this week that it was not looking further into the question of whether the virus escaped from a lab, which it considered highly unlikely. The United States has said it will review the mission's findings.

"Some questions have been raised as to whether some hypotheses have been discarded. Having spoken with some members of the team, I wish to confirm that all hypotheses remain open and require further analysis and study," Tedros said.

"Some of that work may lie outside the remit and scope of this mission. We have always said that this mission would not find all the answers, but it has added important information that takes us closer to understanding the origins of the COVID-19 virus," he said.

Tedros said a summary report of the mission's findings could emerge as early as next week, followed by a final report "in the coming weeks". Both would be made public.

The mission has said its main hypotheses are that the virus originated in a bat, although there are several possible scenarios for how it passed to humans, possibly first by infecting another species of animal.

The former administration of U.S. President Donald Trump, which left office last month, said it believed the virus may have escaped from a lab in the Chinese city of Wuhan. China has strongly denied this and says the Wuhan Institute of Virology was not studying related viruses.

When pressed on why the mission did not believe a lab could have been the source, Peter Ben Embarek, the mission's head, told Friday's briefing that scientists from labs in Wuhan had told his team they didn't have it. If they had been studying it before the outbreak, he said, it would not have been a secret.

"Usually laboratory researchers who work and discover new viruses would immediately publish their findings. That's a common practice around the world, particularly with new, interesting viruses," he said.

China has refused to give the World Health Organization raw data on its early COVID-19 cases, the Wall Street Journal reported later on Friday, citing WHO investigators who it said described heated exchanges over lack of detail.

The world health agency officials said raw, personalized data could help them determine how and when the coronavirus first spread in China, the newspaper said.