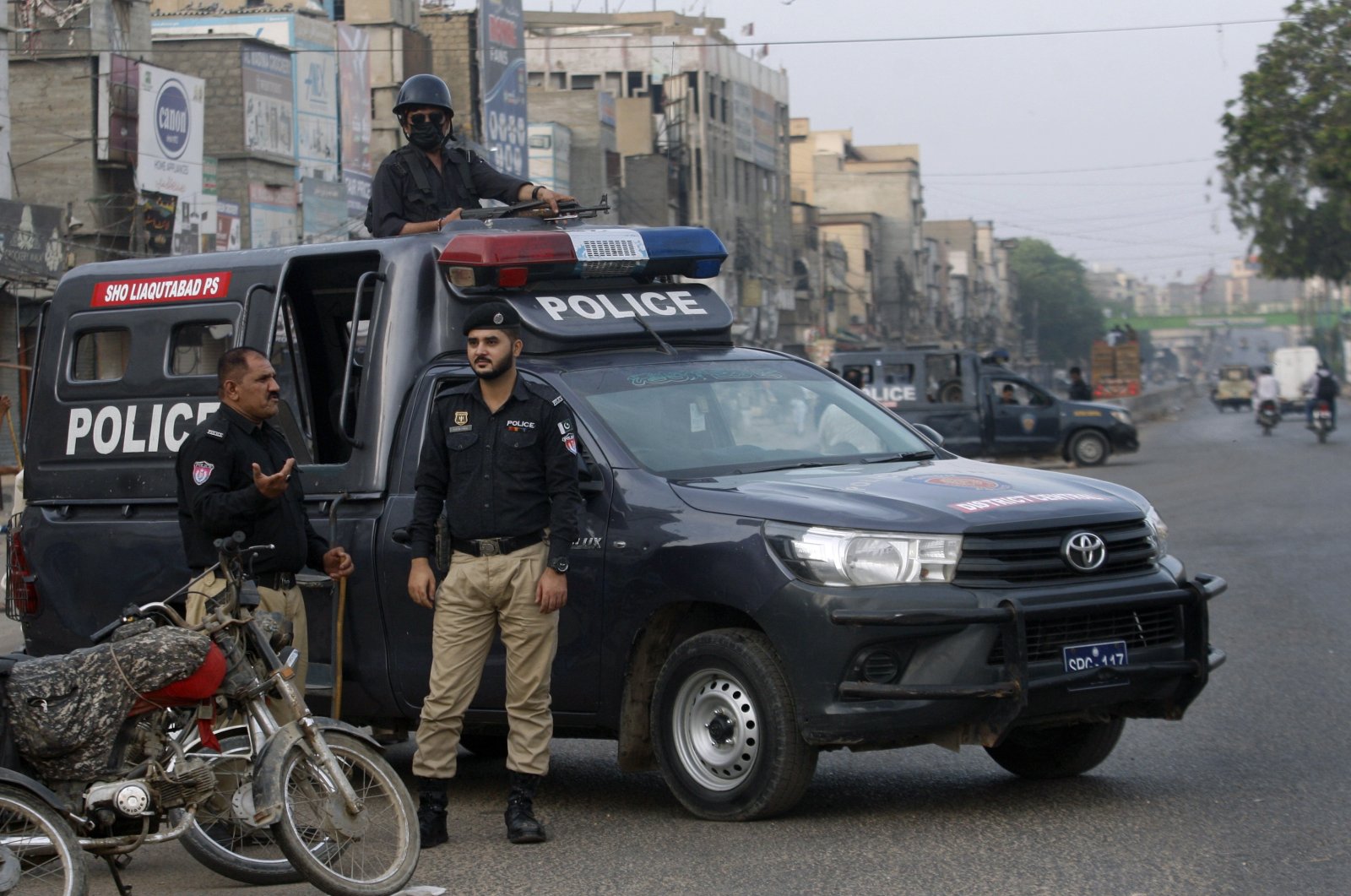 The officers were grabbed and taken as hostages during the latest violent clashes between police and TLP protesters in Lahore.

A video circulating on social media, confirmed by a police source, showed some of them bloodied and bruised, with bandages around their heads.

Interior Minister Sheikh Rashid Ahmed said early Monday that "11 police officers who were made hostages" had been released after talks with the TLP, which the government banned last week.

"Negotiations have been started with TLP; the first round completed successfully," said Rashid in a video on Twitter.

Lahore police confirmed the release of the hostages, adding that one of the group was a ranger from the country's paramilitary force.

The officers had been held at a TLP mosque stronghold in Lahore, which is now packed with supporters and surrounded by police.

The group has waged an anti-France campaign for months since President Emmanuel Macron defended the right of Charlie Hebdo magazine to republish insulting cartoons depicting the Prophet Mohammed – an act deemed blasphemous by many Muslims.

Rioting has rocked the country for the past week since the leader of the TLP was detained in Lahore after calling for a march on the capital to evict the French ambassador.

The protests have paralyzed cities and led to the deaths of six police officers.

TLP leaders say several of the party's supporters have also been killed and many wounded in clashes.

Calls for a nationwide strike in solidarity with the TLP has been widely supported by mainstream religious groups.

Monday, shops and markets in Lahore and Karachi were closed and some transport services halted.

"The government has resorted to shedding (the) blood of innocent people. The (protesters) are raising their voice rightfully and we support that," said Sharjeel Goplani, the head of a business association in Karachi, who supports the expulsion of the French ambassador.

Prime Minister Imran Khan's government has struggled to bring TLP to heel over the years, but this week announced an outright ban against the group.

He called for an end to the violence, Monday.

"We all have the same objective – to safeguard the honor of our Prophet but we must remember that we cannot make the West realize how it hurts us when they disgrace our Prophet by causing damage to our national property, life and honor," he said at an event in the capital Islamabad, where security has been stepped up.

Last week the French embassy in Pakistan advised its nationals to leave the country – a call that appears to have gone largely unheeded.

Previously the TLP had set an April 20 deadline for the ambassador's expulsion.

Interior Minister Rashid said a second round of negotiations would take place later Monday, although it was not clear what they would discuss.

Lahore police said Monday that TLP supporters were refusing to bury the dead bodies of supporters being held at the mosque.

Also at the site was an oil tanker seized by crowds Sunday.