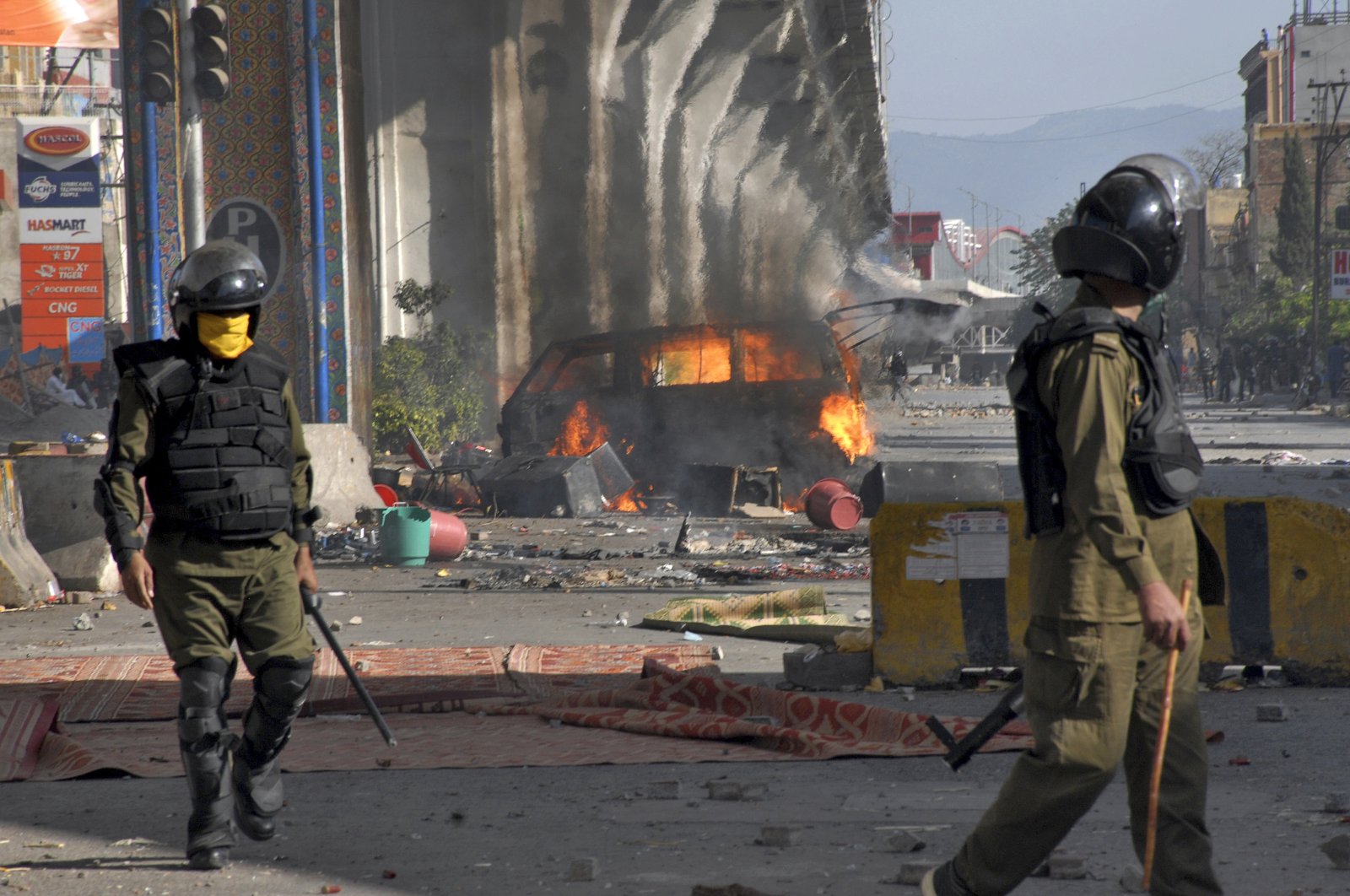 Pakistan's Interior Minister Sheikh Rashid Ahmad on Wednesday proposed that the government outlaw a religious political party after violence shook the streets of the country following the arrest of the radical party's leader which prompted clashes between its supporters and police forces, leaving five people dead.

Saad Rizvi, a religious cleric, had threatened protests if authorities did not expel the French ambassador over depictions of Prophet Muhammad. The announcement by Ahmad came hours after Pakistani security forces, swinging batons and firing tear gas, moved in to clear sit-ins by the protesters in the capital Islamabad and elsewhere.

The crackdown came after five people, including two police officers, were killed Tuesday in the clashes. Police and paramilitary rangers quickly cleared most of the sit-ins staged by the protesters in Islamabad and roads were reopened.

Ahmad asked protesters who were still blocking roads and rallying in the eastern city of Lahore to peacefully disperse. The announcement of a proposed ban on the Tehreek-e-Labiak Pakistan (TLP) party came two days after supporters first began blocking highways and key roads in various parts of the country to denounce Monday's arrest of their leader.

Rizvi was taken into custody after he threatened the government with mass protests if it did not expel French envoy Marc Baréty before April 20 over the publication in France of depictions of Prophet Muhammad.

Ahmad said police and paramilitary rangers launched a crackdown against demonstrators before dawn Wednesday and quickly cleared rallies in the capital and other cities, including the garrison city of Rawalpindi.

He said two policemen were killed and 340 police were wounded in the clashes with TLP's supporters. Ahmad did not say how many demonstrators died, but police earlier said at least three were killed in clashes. He said he hoped the situation would soon be under control in Lahore, where supporters were still rallying and blocking some roads.

Rizvi emerged as the leader of the TLP party in November after the sudden death of his father, Khadim Hussein Rizvi. His party wants the government to boycott French products and expel the French ambassador under an agreement signed by the government with Rizvi’s party in February.

TLP and other religious parties have denounced French President Emmanuel Macron since October last year when they say he tried to defend caricatures of the Prophet Muhammad as freedom of expression.

Macron’s comments came after a young Muslim beheaded a French school teacher who had shown caricatures of the Prophet Muhammad in class.

The images had been republished by the satirical magazine Charlie Hebdo to mark the opening of the trial over the deadly 2015 attack against the publication for the original caricatures.

That enraged many Muslims in Pakistan and elsewhere who believe those depictions were blasphemous.