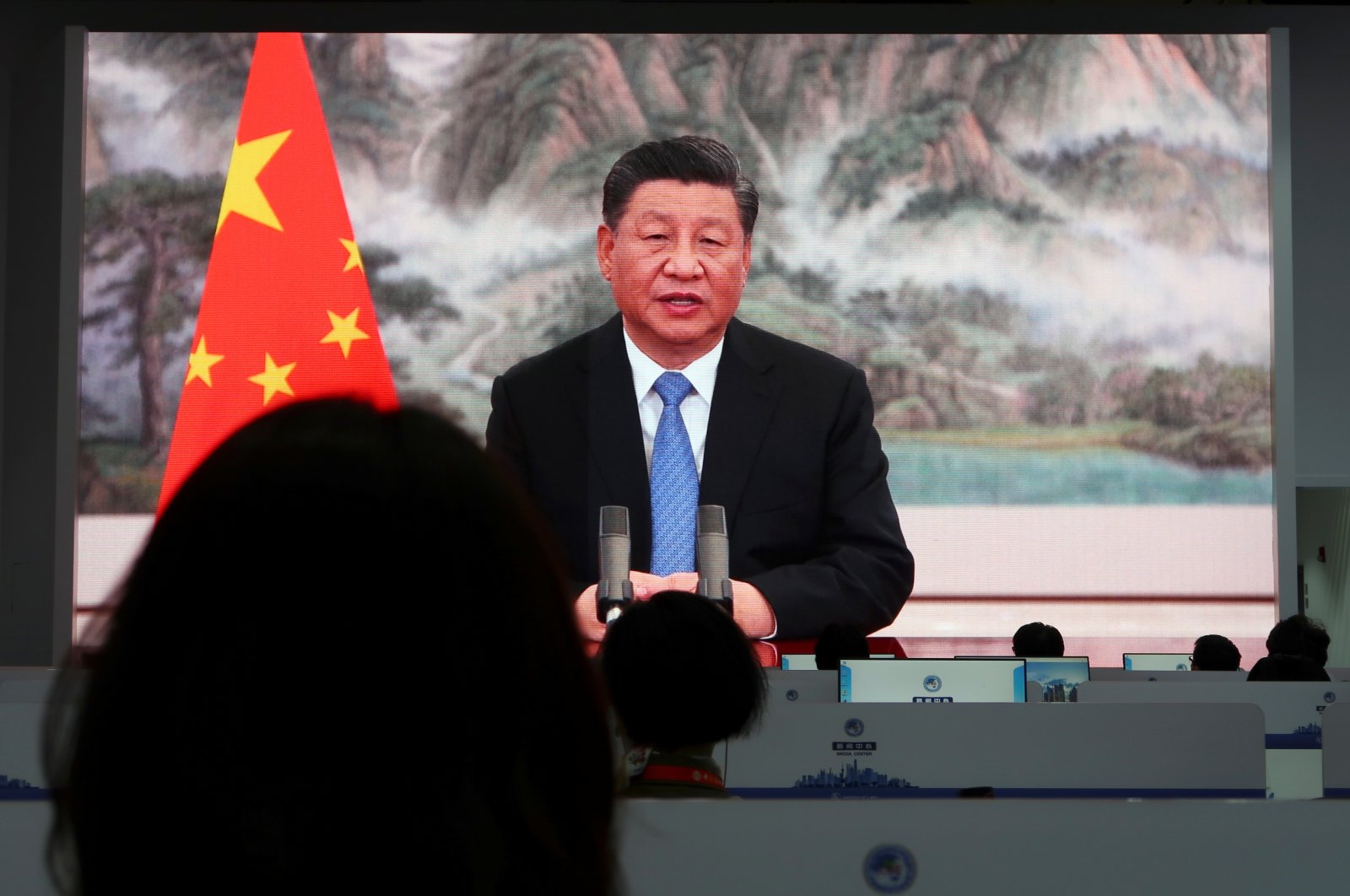 Chinese President Xi Jinping is seen on a giant screen at a media center as he delivers a speech via video at the opening ceremony of the China International Import Expo (CIIE) in Shanghai, China, Nov. 4, 2021. (Reuters Photo)
by REUTERS Nov 10, 2021 11:27 pm
RECOMMENDED

China's leader Xi Jinping on Thursday said that the Asia-Pacific region must avoid reverting to Cold War tensions, in the buildup to a virtual meeting with U.S. President Joe Biden that could take place as early as next week.

Xi, in a recorded video message to a CEO forum on the sidelines of the Asia-Pacific Economic Cooperation (APEC) summit hosted by New Zealand, said attempts to draw ideological lines or form small circles on geopolitical grounds were bound to fail.

"The Asia-Pacific region cannot and should not relapse into the confrontation and division of the Cold War era," Xi said.

Xi's remarks were an apparent reference to U.S. efforts with allies and partners in the region, including the Quad grouping with India, Japan and Australia, to blunt what Washington sees as China's growing coercive economic and military influence.

China's military said on Tuesday it conducted a combat readiness patrol in the direction of the Taiwan Strait, after its Defense Ministry condemned a visit by a U.S. congressional delegation to Taiwan, the democratically governed island claimed by Beijing.

U.S. Secretary of State Antony Blinken said on Wednesday that the United States and its allies would take unspecified "action" if China were to use force to alter the status quo over Taiwan.

Combative U.S. diplomatic exchanges with China early in the Biden administration unnerved allies, and U.S. officials believe direct engagement with Xi is the best way to prevent the relationship between the world's two biggest economies from spiraling toward conflict.

A date has not been announced for the Xi-Biden meeting, but a person briefed on the matter said it was expected to be as soon as next week.

Xi indicated earlier this week in a letter to the annual dinner of the National Committee on U.S.-China Relations that China is ready to properly manage differences with the United States.