US rises against China as relations deepen in Indo-Pacific 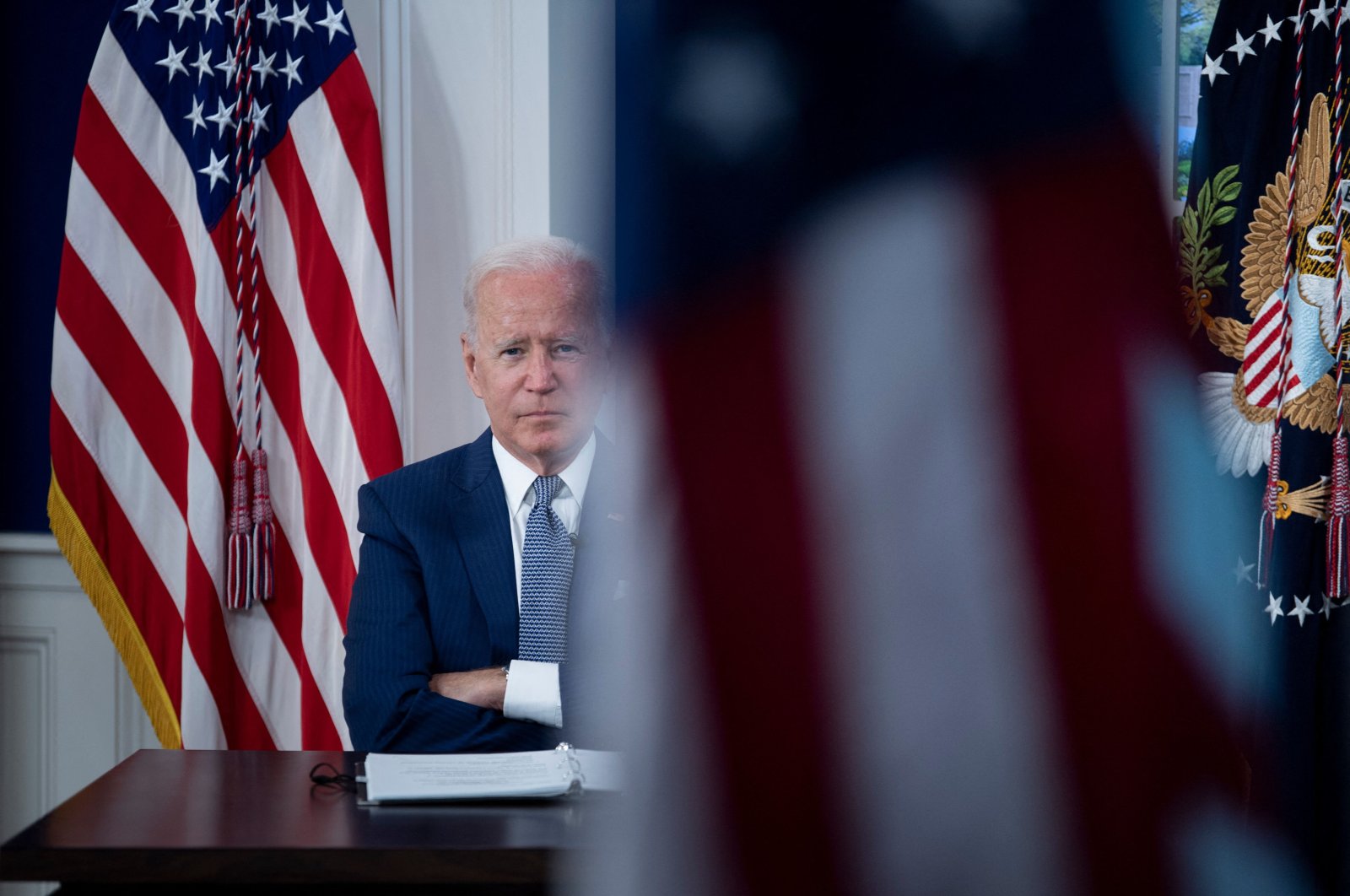 The United States and its allies are becoming bolder in their approach toward a rising China as proven by the increase in vocal support for Taiwan, a new deal to equip Australia with nuclear submarines and the launch of a European strategy for greater engagement in the Indo-Pacific.

China has bristled at the moves, and the growing tensions between Beijing and Washington prompted U.N. Secretary-General Antonio Guterres on the weekend to implore U.S. President Joe Biden and Chinese leader Xi Jinping to repair their "completely dysfunctional” relationship, warning they risk dividing the world.

As the U.N. General Assembly opened Tuesday, both leaders chose calming language, with Biden insisting "we are not seeking a new Cold War or a world divided into rigid blocs,” and Xi telling the forum that "China has never, and will never invade or bully others or seek hegemony.”

But the underlying issues have not changed, with China building up its military outposts as it presses its maritime claims over critical sea lanes, and the U.S. and its allies growing louder in their support of Taiwan, which China claims as part of its territory, and deepening military cooperation in the Indo-Pacific.

On Friday, Biden hosts the leaders of Japan, India and Australia for an in-person Quadrilateral Security Dialogue for broad talks including the COVID-19 pandemic and climate change, but also how to keep the Indo-Pacific, a vast region spanning from India to Australia, "free and open," according to the White House.

It comes a week after the dramatic announcement that Australia would be dropping a contract for conventional French submarines in favor of an Anglo-American offer for nuclear-powered vessels, a bombshell that overshadowed the unveiling of the European Union’s strategy to boost political and defense ties in the Indo-Pacific.

"One thing is certain, that everyone is pivoting toward the Indo-Pacific,” said Garima Mohan, an Asia program fellow with the German Marshall Fund think tank. As partners pursue moves that play to their own strengths and needs, however, the past week has underscored the lack of coordination as a networked security strategy develops, she said.

"Not everyone has the same threat assessment of China,” she said in a telephone interview from Berlin.

The EU policy emphasizes the need for dialogue with Beijing, to encourage "China to play its part in a peaceful and thriving Indo-Pacific region,” while at the same time proposing an "enhanced naval presence” and expanded security cooperation with regional partners.

It also notes China's increased military buildup, and that "the display of force and increasing tensions in regional hotspots such as in the South and East China Sea, and in the Taiwan Strait, may have a direct impact on European security and prosperity.”

Germany, which has close economic ties to China, got a wake-up call last week when China rejected its request for a port call for the frigate Bavaria, which is currently conducting maneuvers in the Indo-Pacific.

"China is telling them this inclusive approach is not going to work, so in a way it’s a rude awakening for Berlin,” Mohan said. "You have to take a position, you can’t have your cake and eat it too, and if you have an Indo-Pacific strategy ... you can’t make it neutral.”

Other EU countries, most notably France, have also sent naval assets for exercises in the Indo-Pacific, and Britain has had a whole carrier strike group conducting exercises for several months as London pursues the new tilt toward the region recommended by a recent British government review of defense and foreign policy.

China’s Foreign Ministry said after rejecting the Bavaria's port call that it remained "willing to carry out friendly exchanges with Germany on the basis of mutual respect and mutual trust,” but made clear it was displeased with the increased naval presence in the region.

"Individual powers... have repeatedly dispatched military aircraft and warships to the South China Sea for some time in the name of exercising freedom of navigation to flex muscle, stir up trouble and deliberately provoke conflicts on maritime issues,” spokesperson Zhao Lijian said. "China’s determination to safeguard national and territorial sovereignty and maritime rights and interests is unwavering, and will continue to properly handle differences with the countries concerned through consultations and negotiations.”

Beijing was less reserved in its reaction to the submarine deal with Australia, under which the U.S. and Britain will help Canberra construct nuclear-powered submarines, calling it "highly irresponsible” and saying it would "seriously damage regional peace and stability.”

In signing the pact with the U.S. and Britain, Australia canceled a $66 billion deal with France for diesel-powered submarines, infuriating Paris, which recalled its ambassadors to Washington and Canberra and suggested it calls into question the entire cooperative effort to blunt China’s growing influence.

While clearly irked by the surprise deal, many observers have suggested that the vociferous reaction from France may be more directed toward a domestic audience, where President Emmanuel Macron faces a reelection bid early next year.

But there was clear disappointment that the U.S. seemed to be ignoring France's own engagement in the region by not informing them in advance, said Laurence Nardon, an expert at the French Institute for International Relations.

"There was a way to do this while keeping Europeans in the loop,” she said. "The Indo-Pacific is important for the EU too; it's not one or the other.”In a call with Macron late Wednesday, Biden reaffirmed "the strategic importance of French and European engagement in the Indo-Pacific region,” according to a joint statement.

More than just a decision to pursue nuclear submarines, the deal was a clear signal of Australia committing long term to being in the U.S. camp on China policy, said Euan Graham, an expert with the International Institute for Strategic Studies in Singapore.

"The submarine decision represents an emphatic doubling down on the Australia-U.S. alliance by both countries,” he said in an analysis of the deal.

As the pact was introduced, Australian Prime Minister Scott Morrison alluded to the long-term nature, saying "at its heart, today’s announcements are about the oldest of friendships, the strongest of values and the deepest of commitment.”

The submarine deal seems likely to exacerbate the ongoing trade war between China and Australia, and Australia is hoping to strike a free trade deal with Quad partner India to help offset the economic impact.

While the European strategy outline will take time, the plan provides clarity in how the EU is prepared to work with the U.S. and its allies in the region – something that has been lacking in the past.

In the outline of the strategy, the EU broadly looks to pool its resources for greater effect and to work more closely with the Quad countries, the 10-member Association of Southeast Asian Nations, and others.

It also envisions enhancing current operations, such as the Atalanta anti-piracy mission off the Horn of Africa and in the western Indian Ocean, and the expansion of the EU maritime security and safety mission in the wider Indian Ocean area, which has already been broadened to Southeast Asia.

"The European assessment is very realistic about what they can and cannot do in the region,” Mohan said. "It’s about making sure the resources, the spending, that’s done right and has an impact.”