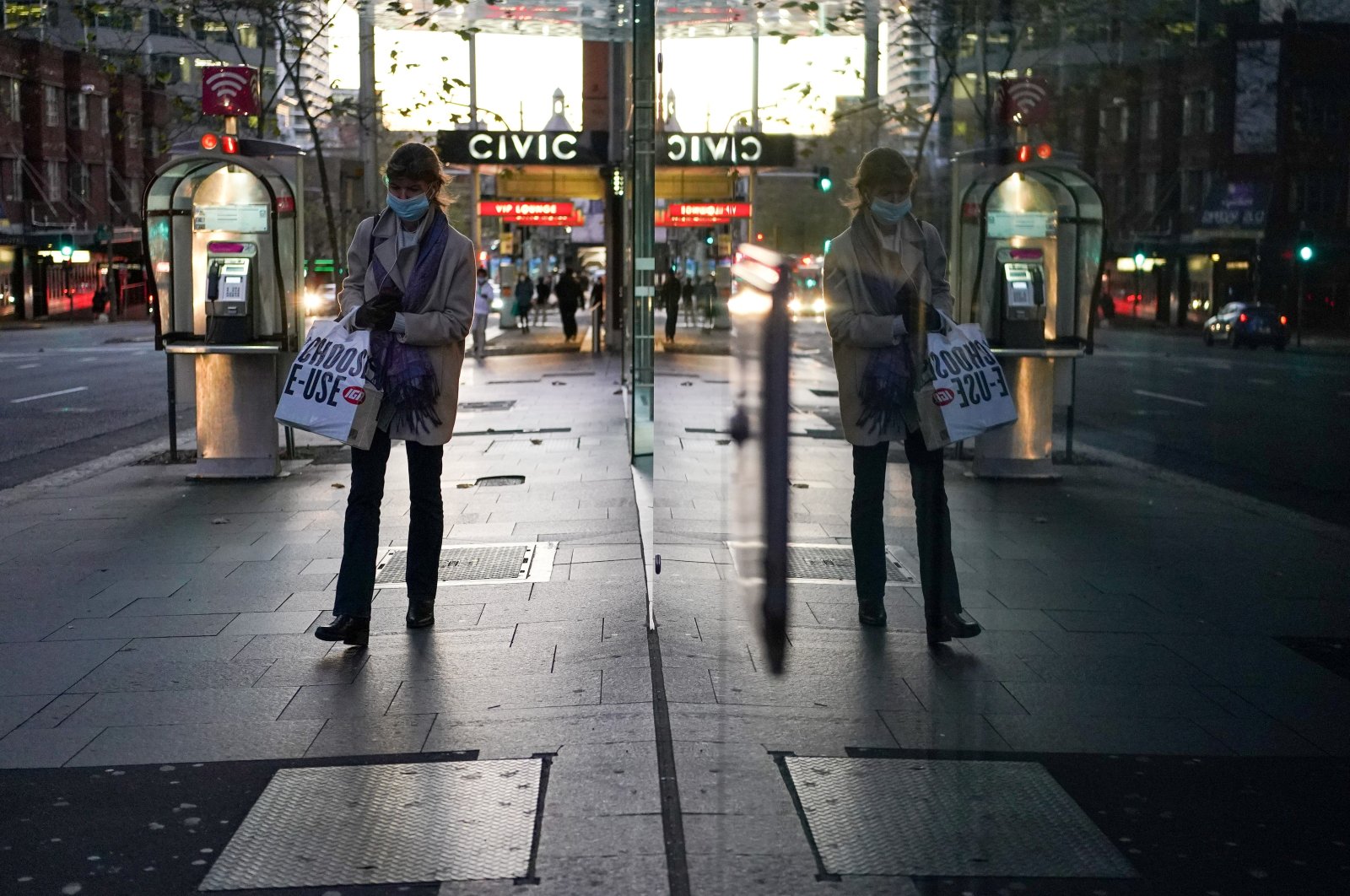 A woman wearing a protective face mask walks through the city center during a lockdown to curb the spread of a coronavirus outbreak in Sydney, Australia, July 7, 2021. (Reuters Photo)
by REUTERS Jul 11, 2021 3:45 pm
RECOMMENDED

Australia reported its first locally contracted COVID-19 death of the year on Sunday and a 2021 record of 77 new cases of the virus in the state of New South Wales (NSW), which is battling an outbreak of the highly infectious delta variant.

State Premier Gladys Berejiklian said the numbers in and around the country's biggest city Sydney, already under a hard lockdown, are expected to rise. "I'll be shocked if it's less than 100 this time tomorrow, of additional new cases," Berejiklian told a televised briefing.

On Saturday there were 50 cases, the previous 2021 record high. The recent outbreak stands at 566 cases. Of Sunday's cases, 33 were people who had spent time in the community while they were infectious, raising the likelihood that the three-week lockdown of more than 5 million people in Sydney and surroundings will be extended.

"Given where we're at and given the lockdown was supposed to be lifted on Friday, everybody can tell it's highly unlikely at this stage," Berejiklian said.

The neighboring state of Victoria, which on Sunday recorded its 11th straight day without new infections, said it was closing its borders with NSW and the Australian Capital Territory to prevent the spreading of the virus. In Sydney, there are 52 cases in hospital, or about one in 10 people infected in the current outbreak. Fifteen people are in intensive care, five require ventilation.

The death, the country's first locally contracted case since December, involved a woman in her 90s. Australia has fared much better than many other developed countries in keeping its COVID-19 numbers relatively low, seeing just over 31,000 cases since the start of the pandemic and 911 deaths.

The vaccination rollout, however, has been sluggish due to supply constraints and changing medical advice for its mainstay AstraZeneca shots.

Vaccinations are available for now only to people over 40 and groups at risk either due to their health or exposure to the virus at work. Of those hospitalized in Sydney, 11 are under the age of 35 and more than three-quarters of the patients have not had any doses, health authorities said.