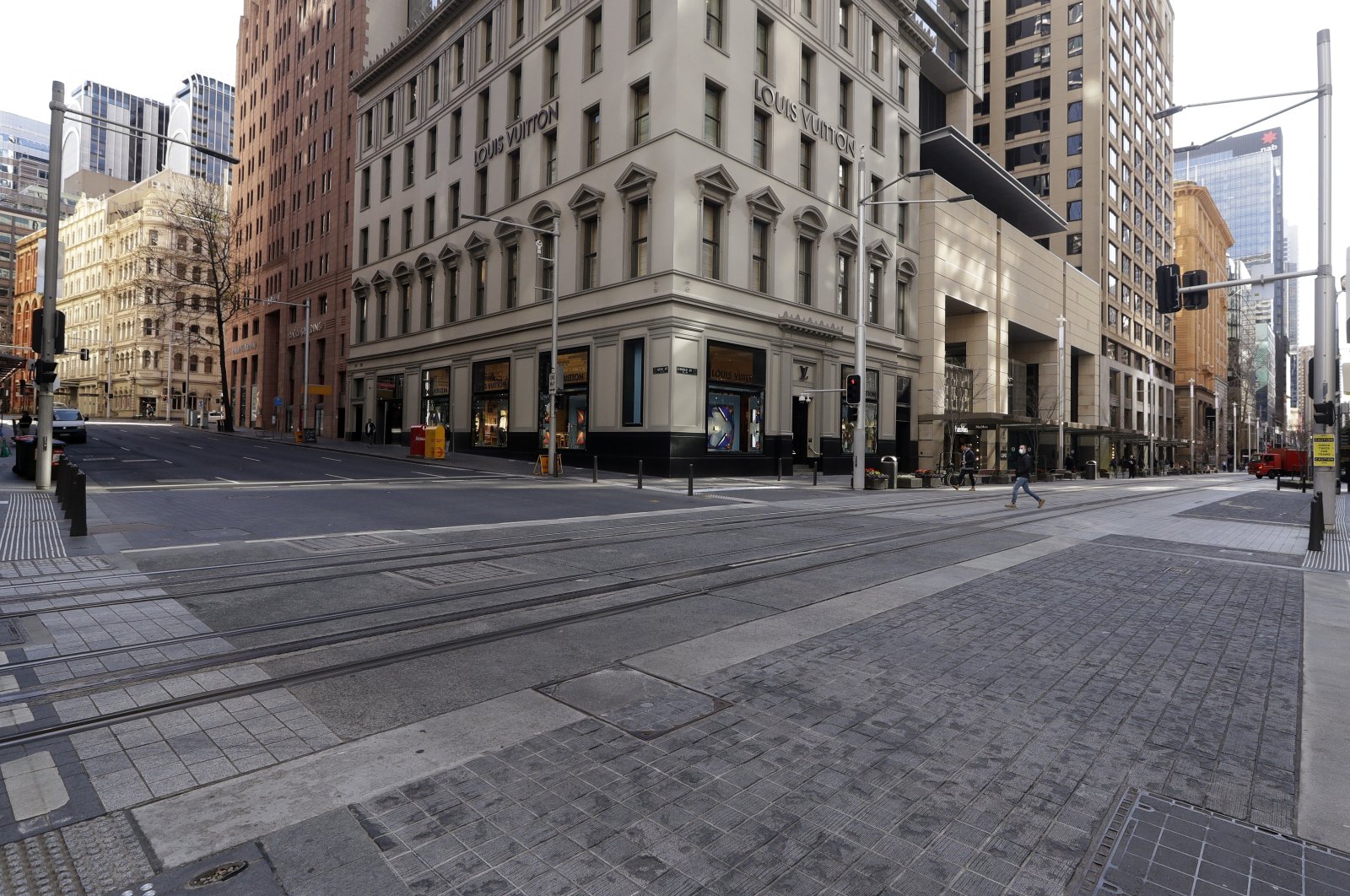 Australian authorities on Wednesday extended the COVID-19 lockdown in Sydney for another week as the country’s biggest city continues to struggle with the highly infectious delta variant of the coronavirus.

Sydney, home to a fifth of Australia's 25 million people, was plunged into lockdown on June 26 as a delta variant outbreak persuaded officials to tighten restrictions in a country that has been slow to vaccinate. Strict stay-at-home orders were due to end on Friday, but now remain in place until July 16.

"This delta strain is a game-changer, it is extremely transmissible and more contagious than any other form of the virus that we've seen," NSW state Premier Gladys Berejiklian told reporters in Sydney.

With Sydney fighting its worst outbreak of the year so far, total infections have topped 350 since the first case was detected three weeks ago in a limousine driver who transported overseas airline crew.

A total of 27 new locally acquired cases of COVID-19 were reported on Wednesday in New South Wales (NSW), up from 18 a day earlier. Of the new cases, 20 were either in isolation throughout or for part of their infectious period, while seven cases spent time in the community while they were infectious.

Lockdowns, swift contact tracing and a high community compliance with social distancing rules have helped Australia suppress past outbreaks and keep its COVID-19 numbers relatively low, with just over 30,800 cases and 910 deaths. The current lockdown is Sydney's second since the pandemic began.

Health officials warned Sydney residents they expect cases to rise in the next 24 hours and urged residents in three western suburbs – Fairfield, Canterbury-Bankstown and Liverpool – to stay home.

Liverpool Deputy Mayor Mazhar Hadid said there was "no choice" but to lock down the neighborhood.

"I know it's affecting small businesses in Liverpool, it's like they've lost their city, but we need to do the right thing," he told Reuters.

Schools in Sydney will move to remote learning next week when they return from the winter break.

With less than 10% of Australians fully vaccinated and rolling restrictions ordered in Melbourne, Brisbane and Perth as well as Sydney, lockdowns are starting to wear on residents watching other parts of the world open up.

As crowds gather at Wimbledon to watch the tennis championships, sporting events including the Australian F1 Grand Prix have been canceled.

"Let's lock down the people that are vulnerable, you don't lock down healthy people because a few are sick. It's just not making sense and your numbers don't justify it," Sydney resident Paul Coleman told Reuters at Bondi, near the epicenter of the latest outbreak.

Australia's vaccination drive has fallen well behind initial schedules after age restrictions were placed on AstraZeneca's COVID-19 vaccine, the backbone of the country's program, due to the small risk of blood clots.

Canberra has since scrambled to secure additional supplies of Pfizer's vaccine, although large quantities are not due to arrive until late in the year.

Treasurer Josh Frydenberg told reporters that "challenges have been forced upon us" in the inoculation program but the pace was picking up.