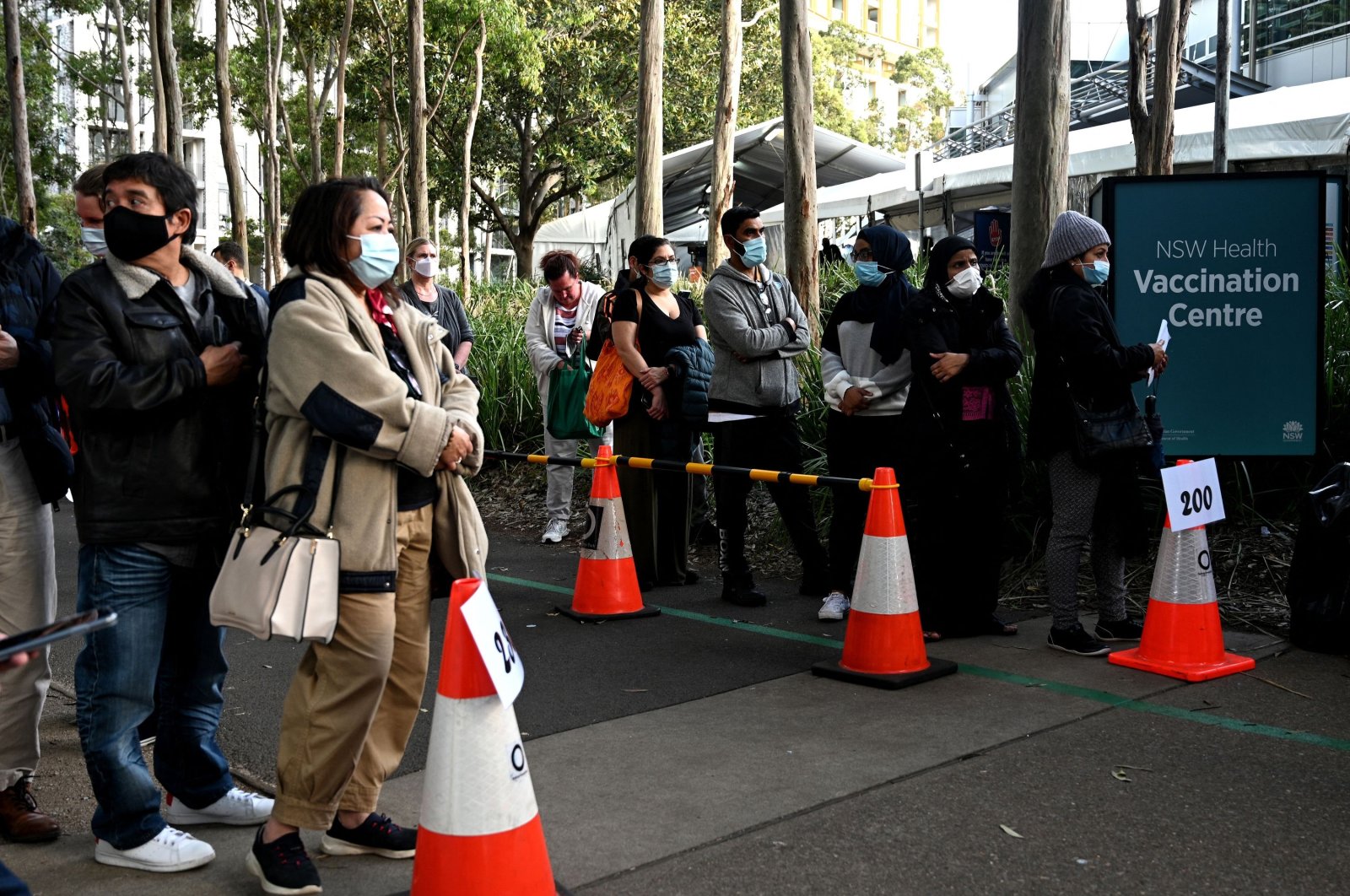 "Since the pandemic has started, this is perhaps the scariest period that New South Wales is going through," state Premier Gladys Berejiklian told reporters in Sydney.

NSW has imposed tough restrictions in Sydney, Australia's largest city and home to a fifth of the country's 25 million population, with health officials saying transmission could be happening even through minimal contact with infected persons. NSW officials have so far resisted calls for a hard lockdown although Australia has a good record of successfully suppressing past outbreaks through snap lockdowns, tough social distancing rules and swift contact tracing.

Australia has reported just under 30,400 cases and 910 deaths since the pandemic began. Berejiklian said despite the virus variant being very infectious, her government was "at this stage comfortable" with the current level of restrictions.

Western Australia state Premier Mark McGowan has urged NSW authorities to place the state in a lockdown to "crush and kill" the virus, warning "light touch" curbs could trigger a spike in infections. Western Australia has closed its border to NSW. NSW authorities have imposed mandatory masks in all indoor locations in Sydney, including offices, restricted residents in seven council areas in Sydney's east and inner west from leaving the city, and limited home gatherings to five to contain the state's first outbreak in more than a month.

The state has been effectively isolated from the rest of the country after some states, like Western Australia, slammed their borders shut while others introduced tough border rules. Eleven new local cases were reported on Thursday, taking the total infections in the latest outbreak to more than 40.

Thursday's data includes six cases detected after the 8 p.m. cutoff deadline, which will be included in Friday's tally. NSW state parliament on Thursday released a restricted list of politicians allowed into the chamber after state Agriculture Minister Adam Marshall tested positive for COVID-19. Health Minister Brad Hazzard went into isolation after he was deemed to be a possible close contact of a positive case.

Victoria state, which shares its border with NSW, on Thursday reported its first case likely linked to the NSW outbreak after a man in his 60s tested positive after returning home from Sydney. It reported another case earlier in the day linked to an existing cluster.

Queensland state reported three new local cases but officials said the infections pose low risk to the community as they were in isolation when they contracted the virus.

Neighboring New Zealand reported no new local cases on Thursday, a day after it raised the alert level in the capital Wellington over exposure concerns after an Australian tourist tested positive for COVID-19 upon returning to Sydney after a weekend visit. Wellington moved to a 'level 2' alert, or one short of a lockdown, until Sunday midnight as a precaution against any potential outbreak.